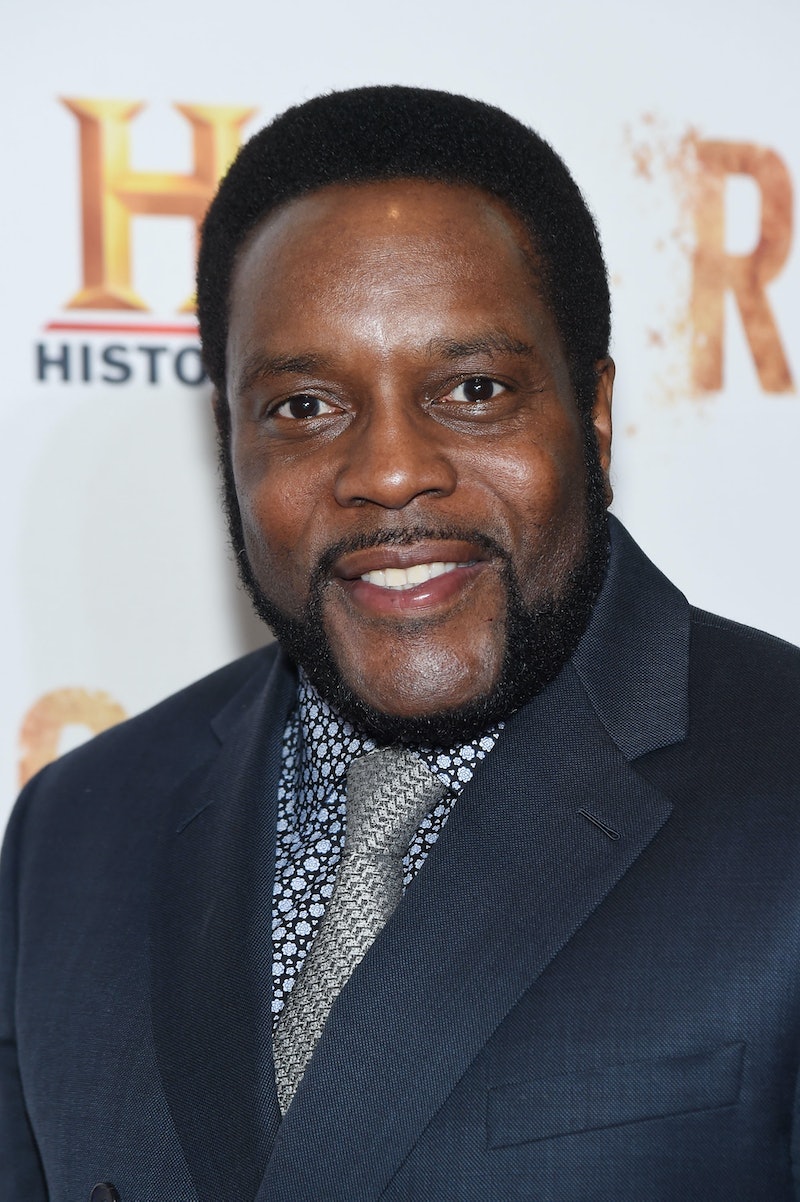 Star City has faced its fair share of Big Bads throughout the years, but I find myself growing particularly interested in the new Arrow Season 5 villain, Tobias Church, played by The Walking Dead alum Chad L. Coleman. Not because he'll necessarily be more evil than Slade Wilson or Damien Darhk, but rather due to the fact that the writers have opted to go completely off-book with this character. You see, Tobias Church doesn't exist in the comic book world, which means he's a bit of a wild card, meaning unpredictable and full of mystery. (Two things I very much like to see in my CW baddies.) From what we do know about Tobias, though, he is not going to be a guy you want to mess with.

According to IGN.com, Tobias is described as "an imposing gangster looking to unite the various criminal enterprises in Star City under his own singular command." Basically, he wants to be king of Star City's shady underbelly, which seems like a pretty standard goal for most bad guys. But just because this character doesn't have a comics backstory doesn't mean you should underestimate the level of trouble he can invoke. In fact, TVLine exclusively reported back in June that the Season 5 Big Bad would be loosely inspired by Idris Elba’s Wire drug kingpin, Stringer Bell.

Those familiar with the infamous character know that Stringer Bell was a very formidable foe, so Team Arrow is really going to have their work cut out from them this year. However, the good news is that it doesn't look like Tobias will possess any magical abilities like Darhk, so that'll be one less thing to worry about. “As far as I know, they don’t have superpowers," Stephen Amell teased to Variety about the upcoming villain, which means any wrongdoing Tobias inflicts will be due to his evil nature as a human and nothing more. Granted, that's not exactly comforting, but at least it'll put them on more equal footing. However, he could eventually develop a comic book persona later on if the show decides to throw a surprise curveball at us, but for the time being he remains a mystery.

Of course, Tobias will have some big shoes to fill now that Damien Darhk is no longer in the picture. But something tells me Coleman is up to the challenge. And now that Oliver is the mayor of Star City, he could end up facing off against him on two separate fronts — one as Oliver and one as his green vigilante counterpart. Plus, it probably doesn't help that most of the main characters decided to go their own separate ways at the end of Season 4. That gives Tobias the perfect opportunity to come in and take over while Team Arrow is disbanded. Hopefully, this will be the incentive the gang needs to get back together and start kicking some serious evil butt.