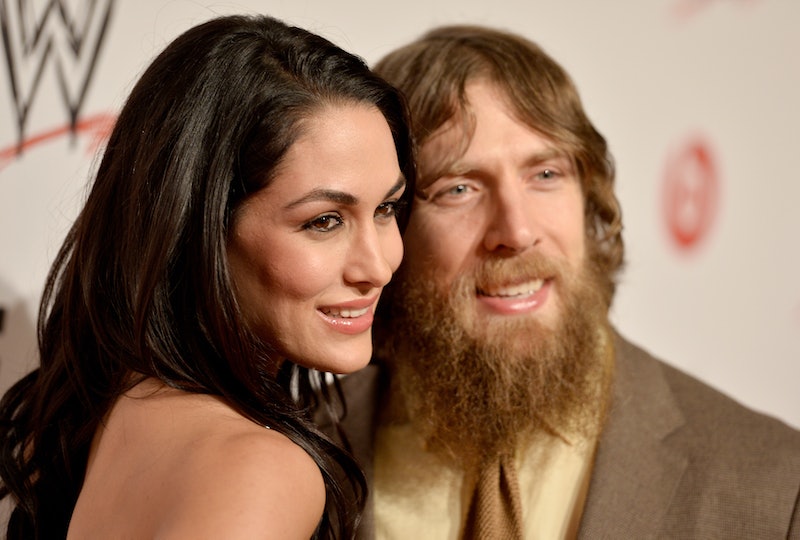 There's no question that it's good to be a Bella twin, but perhaps now that fact is more true than ever — and no, it has nothing to do with the upcoming Season 6 of Total Divas scheduled to premiere on Nov. 16. It's a seriously exciting time for one half of the Bella twins, because, as E! News reported, Brie Bella is pregnant. The wrestler and reality star is excitedly moving into a whole new stage of her life, as she and her husband Daniel Bryan confirmed that they were expecting to E! News on Wednesday. So, when can we expect word on when Brie Bella is due?

Though Bella just announced her pregnancy, she has had the desire to be a mother for a very long time. Bella told E! News: "It has always been a dream of mine to become a mother ... Now that it is finally real, it fills me up with so much happiness. I can't wait to see my husband, Bryan, be a father to our child. I am so excited for this new chapter in our lives."

Bryan confirmed his own excitement, stating: "The day we found out, I just couldn't stop smiling ... Every time I look at Brie's stomach, I'm amazed that there is a little life in there." So when will this little life arrive? According to E! News, the answer is surprisingly soon.

Though E! News did not confirm how far along Bella was or her exact due date, the site reported that we can expect a Bella/Bryan baby to arrive in the spring of 2017. That makes sense — many people choose not to reveal their pregnancy until at least the 12-week mark, or roughly three months. So, if Bella is already roughly three months along, it's possible that she will give birth some time in March or April. Of course, since Bella hasn't confirmed exactly how far along she is, it's very possible that she revealed her pregnancy earlier than the 12-week mark, which means the Bella baby could be expected a bit later in 2017.

One other piece of info we don't know yet is whether Bella's baby will be a girl or a boy — according to the E! News report, the couple does not yet know the sex of the baby. Could Bella be saving that reveal for her reality show? But, no matter when this reality star's baby arrives, it sounds like he or she will receive lots of love from his/her doting parents.