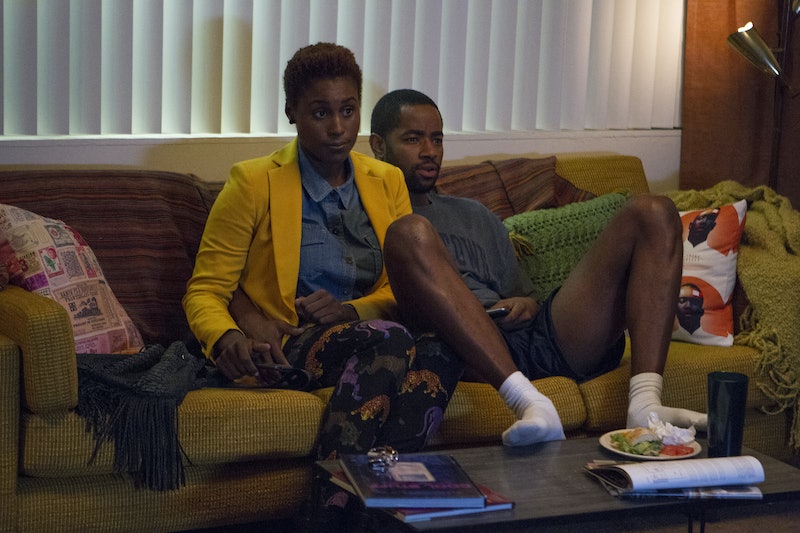 Though fans of her work have already been following her on multiple platforms, Issa Rae's HBO series Insecure is finally going to premiere on television. Luckily, Rae's webseries The Mis-Adventures of Awkward Black Girl is available to watch online in a few different places, so everyone can get obsessed if they aren't already.

The Shorty Award-winning series, which debuted in 2011, follows J, played by Rae, and is inspired by Rae's observational voice and take on racial diversity. It's a little bit romantic comedy, a little bit workplace comedy, and overall just a slice of life webseries that focuses on characters you may not see on primetime television. Misadventures of Awkward Black Girl is also the title of Rae's book, which you can purchase on Amazon, Audible, and your local/favorite chain bookstore. The book is a series of non-fiction essays that cover many of the same topics and concerns as the series.

As for the webseries, here are a few places you can watch it before Sunday. That's good news, because HBO pulled old episodes of High Maintenance off of Vimeo, as fans of that webseries already know. While Insecure is a different show with different characters, there are some similarities and Rae's voice is so strong that it's a worthwhile (and super entertaining) prequistate if you have the time.

The easiest way to find Awkward Black Girl is to search for it on Youtube. You can start right here and right now! There's also tons of other series and content on Issa Rae's personal channel that you probably want to check out as well.

Season 2 aired on Pharrell WIlliams' platform/label i am OTHER, which has its own Youtube channel and website.

If you're susceptible to "related video" rabbit holes and Youtube is too distracting as a platform, another option is the show's own website, which has all the episodes available to watch. Watching Awkward Black Girl is not only a great way to prepare and get excited for Insecure, but it's easy!