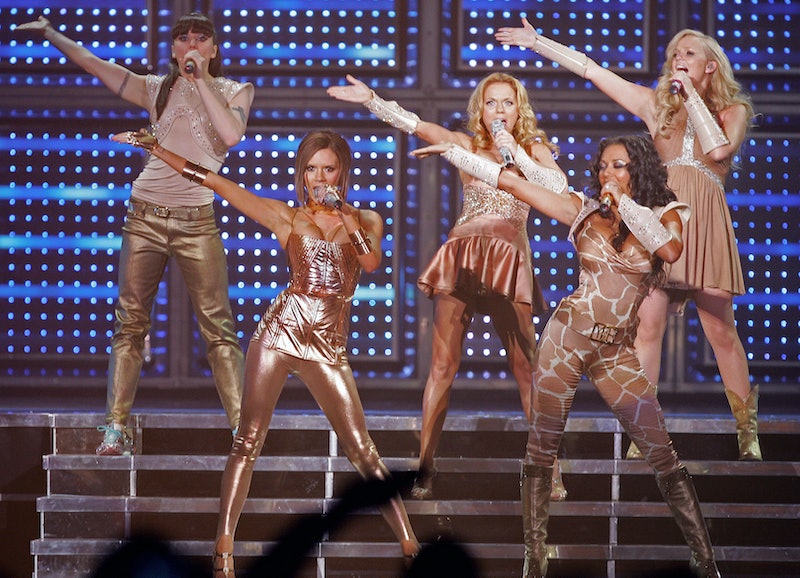 When one brings up Posh Spice, Sporty Spice, Ginger Spice, Baby Spice, and Scary Spice's legacy, what does one hone in on? The brilliantly campy feature film that is, as far as I’m concerned, a timeless work of art? The legendary world tour? The legendary reunion tour? Their legendary performance at the Olympics? Their exquisite style goals? Their untouchable music videos? Or maybe one keeps it simple and sticks to the music. Maybe one goes bananas for the quintet's ridiculously good catalog of songs— and no, I’m not just talking about their huge singles. Sure, records like “Wannabe” and “Spice Up Your Life” are and were and will forever be everything, but let us not forget about the other bangers that appeared on the group’s three albums. Those catchy tracks off of Spice, Spiceworld, and Forever that don't always make "Best of" lists. Yes, we’re about to get into some underrated Spice Girls songs.

I've picked some noteworthy Spice Girls songs that weren’t huge singles, the deep cuts that deserve to be included when talking about the group’s legacy, the sneakily fun B-sides. Was I tempted to pick every non-single song the Spice Girls released? Maybe. Did I realize that'd be a little much? Maybe. Did I pare down the list because too much of something is just as tough? Yes.

Here are some underrated Spice Girls songs that'll give you everything, all that joy can bring, this I swear.

I mean, they sampled “The Humpty Dance,” for Chupa Chups’ sake.

This track from their debut album (justifiably) was a smash in Europe, Australia, and New Zealand, but for some reason, it wasn't released a single in the US. If given the chance, the song could've and should've ruled the charts here, too.

Sit perfectly still while I listen to this one? Don't mind if I don't.

I need this ‘00s pop ballad goodness almost as much as I need oxygen.

This record is the top of the top. It's the best. Yes.

Could someone tell me why this LaShawn Daniels- and Rodney "Darkchild" Jerkins-produced bop wasn't one of Forever's singles? Thanks.

This fire jam, which can be found on the Japanese edition of Spiceworld, deserved to be unleashed everywhere.

To anyone who doubts this song's majesty, I say this: You better wise up.

Happy spicing up your earballs.