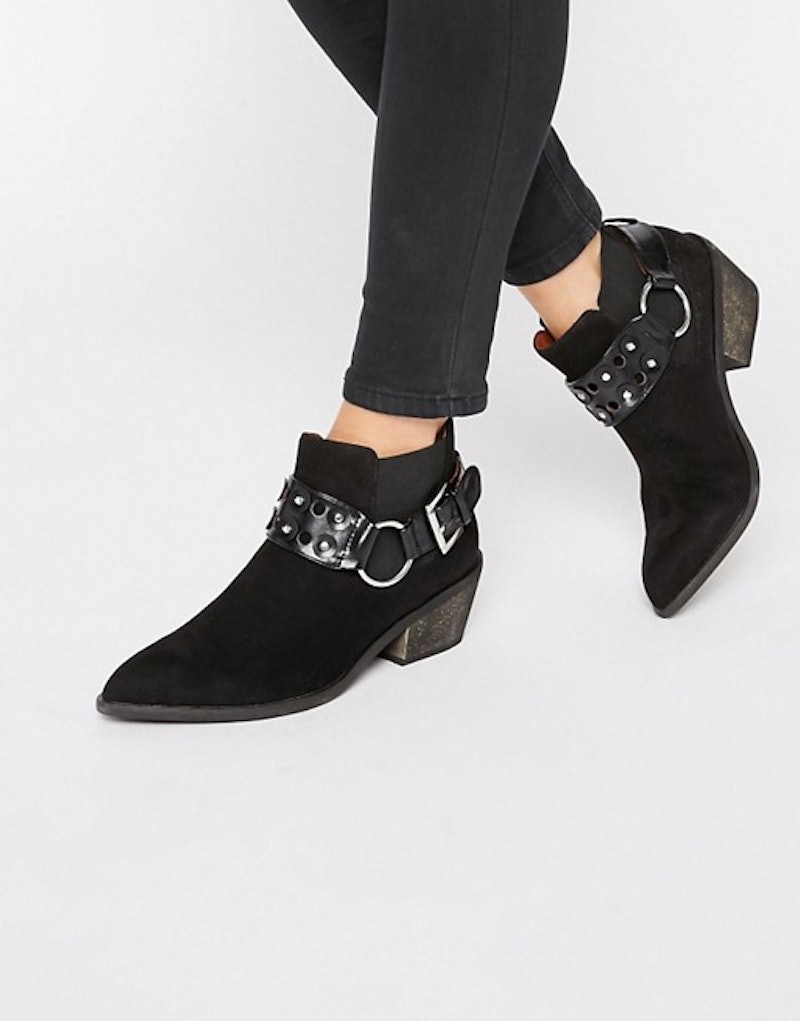 As someone who swears by denim shorts in 60 degree weather and listens to the Beach Boys year-round, fall season has never been my forte. While most are sipping their ninth PSL of the week and Instagramming this strange phenomenon called "changing leaves," West Coast me is struggling to understand it all. I'll confess: I'm not completely sold on the idea of autumn, unless we're talking fall boot sales.

With that being said, I'm willing to make the switch to closed-toe footwear if it means I get a side of retail therapy action (but there's still a slight chance that I'll have separation anxiety from my trusty Sam Edelman sandals). Shoe-shopping can be daunting, but at least when it comes to fall boots, it is only a matter of taste preference. Heel or no heel? Suede or leather? Ankle or knee-high? Truly a Sophie's choice, if you ask me.

Now that autumn is upon us, it is time to delve into the sea of fall footwear. Boots, especially, can rack up a hefty price tag, but have no fear: I've rounded up the 12 best deals, with everything from the classic Chelsea to trending fringe. Rest assured, you won't be betraying your piggy bank anytime soon, and that's a relief — I mean, every dollar saved just means another dollar for your Starbucks PSL fund anyway.

As for me, I'm incredibly tempted to hit "add to cart" on all of these boot bargains. I guess you could say I'm a changed woman.

Blame it on my newfound obsession with Westworld, but I think my love affair with fringe just got a touch more dangerous.

For those who like to indulge in the game of teasing, cut-out booties are the answer.

Give a woman over-the-knee boots, a perfect hair day, and her daily AM caffeine and she can conquer just about anything. It's all in the power dressing.

I'm a firm believer that one can never do any wrong with Chelsea boots — it's a versatile staple for every and any shoe collection.

Time to beat the forecast and prep yourself for the coming winter months (and now, I shall go back to pretending that rain is non-existent in NYC).

How's that for equestrian chic?

Make a statement this autumn with a splash of snakeskin. Goodbye, mundane uniforms.

You love your kicks, but you also love your boots — how is one to overcome indecisiveness? Two words: lace-up boots.

Because, trust me — those extra inches of glory matter.