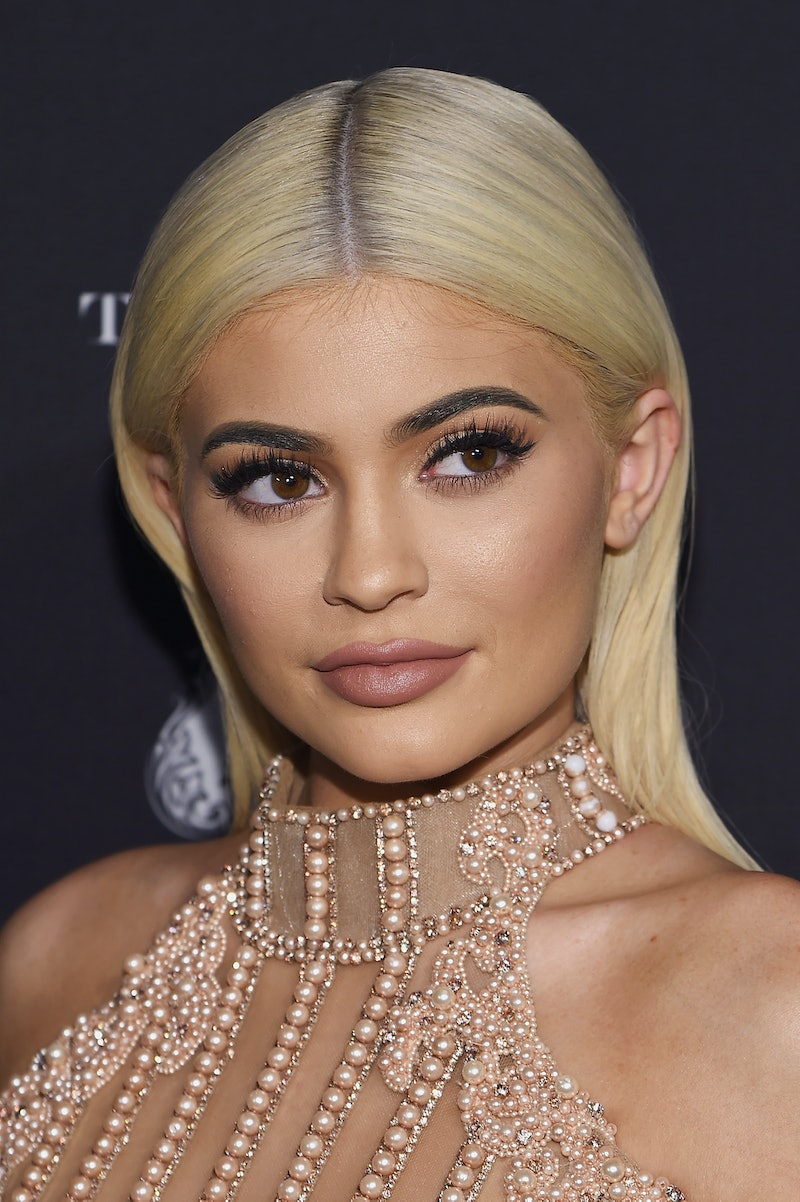 In the season of trick or treat, this woman is giving the latter. Kylie Jenner teased her fall Lip Kits on a live-stream, and the colors are every bit as gorgeous as you thought. Although not all the details are clear, the shades are definitely here. What do the fall Lip Kits look like? There's something for every lipstick lover in the new collection.

Jenner has a way of teasing all of her new products, but this time was a little different. Instead of getting on Snapchat to show swatches and reveal the names, she took to her live-stream channel to give her loyal fans a first glimpse. While two of her new shades have already been revealed on social media, the last two were a complete secret. That is, until now. Thankfully, for all those non-subscribers, there are screenshots of all four glorious shades floating around.

The first two — Pumpkin and Spice — have been known for some time now. The first is a, well, pumpkin color, while the other is a gorgeous deep burgundy. The third is a mauve-meets-purple shade that looks like a mix of Love Bite and Brown Sugar. One user called it Trick in a tweet. Finally, the last is a dark blue that almost looks black. According to a Twitter user, the name of that one is Moon.

Jenner announced that she would share her fall Lip Kit details on Snapchat as well. According to Kylie Cosmetics' Instagram, the new fall colors will launch on Oct. 12. That's not too much longer to wait.

Thank goodness for all these screen shots to tide fans over until the big Snapchat reveal. People that have gotten a first glimpse are loving the shades. Here's what they have to say about the Lip Kits.

It's a fall must-have.

You still have a little while to save up!

People seem to be particularly excited about this launch.

I can't wait to see them swatched and confirmed on her Snapchat!