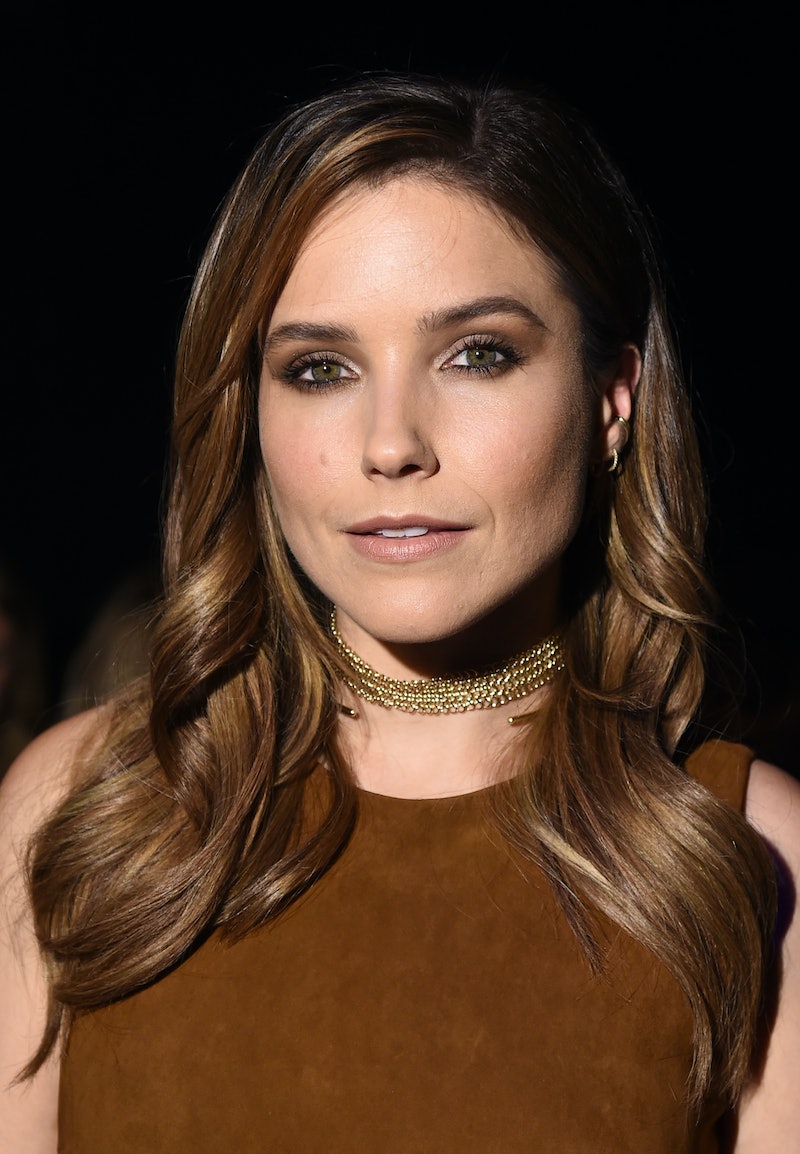 It was a simple four-letter word in Donald Trump's leaked "hot mic" conversation with Billy Bush from 2005 that caught Sophia Bush's eye. Many of us honed in on the more shocking word — "p*ssy" — but Sophia rightfully honed in on the actual most offensive word in Trump's 2005 statement, and that is "grab." In a simple but very clear Instagram post, Bush took Trump's now-infamous line from the leaked conversation and literally framed it with a contextual caption that provided some succinct stats about sexual assault. Sophia has always been vocal when it comes to speaking up for women and against sexual violence; this fresh controversy surrounding Trump's comments serves as a reminder that Sophia's voice is much needed in our current socio-political climate.

In the caption of her brilliant Instagram post, Sophia wrote, "the most offensive word in this sentence isn't [p***y], it's grab. Men who force their advances on women, who 'don't even wait' — meaning who don't even bother to ask a woman if she is interested, much less if she wants to be touched — as Trump says is his practice, are guilty of sexual assault." She further bolstered this statement with the inclusion of the statistic from U.S. Government that one in five women will be the victims of sexual assault.

Sophia's focus on the word "grab" is important. "Grab" is a brutal word — as Sophia said, it's a more dangerous a word than any kind of slang term for female anatomy. It's indicative of an allowance and access men give themselves over women's bodies that, frankly, as a woman, is scary to think about. Trump, of course, has released a statement of apology in video form, but, as Sophia pointed out in her post, that's not enough, especially not from someone who is running for the office of United States president.

There's no gray area for Bush and indeed, I don't think there's a gray area for the rest of the American public either. Those of us who are of voting age are waking up to a display of moral turpitude we didn't think we'd have to reckon with. Bush's action to highlight "grab" in such a public fashion only drives home the need for us to really re-examine our value systems for American women.