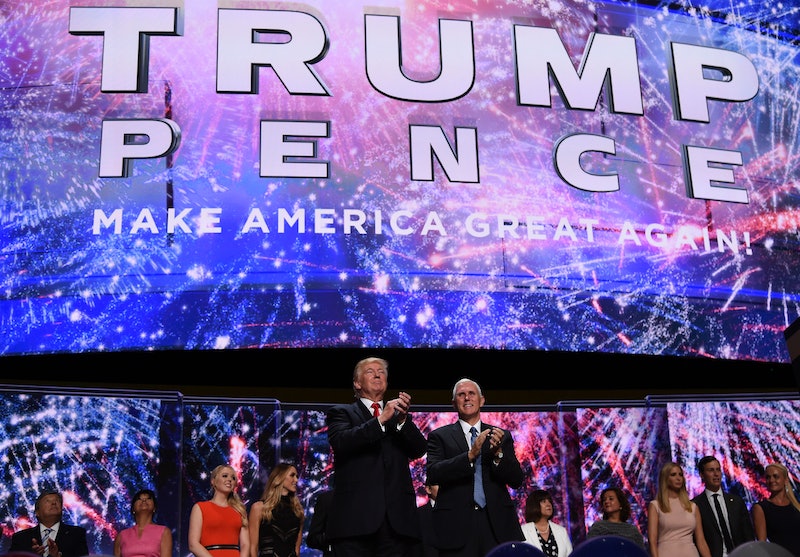 When news broke of the recording of Republican presidential nominee Donald Trump talking about trying to "f--k" a married woman and how, as a "star," women would let him "do anything," including grope them, I was working on a story about the persistence of Trump’s belief that the Central Park Five were guilty. Despite another criminal having confessed to the crime and exculpatory DNA evidence, Trump insisted that they were guilty. The Central Park Five case is a horrifying amalgamation of so many of Trump’s horrible positions and tendencies — contempt of minorities, inability to acknowledge wrongdoing by the police, dismissiveness of science — that I thought that it was going to be the story of the day. But it wasn't, because none of Trump's clear dismissals of so many groups of marginalized people have been as important to Republicans until this 2005 video was released.

I ended up working on a story about the Trump recording the same day, and, despite cringing and feeling physically nauseous at Trump's sexist comments, I went back to the Central Park Five story, thinking it was at least as significant as #TrumpTapes. Boy, did I get that one wrong.

There are plenty of reasons why this is the straw that broke the Donald’s back, but considering how many horrible things Trump has been saying for so long, many in the past 24 hours have been flabbergasted at the sudden outpouring of moral outrage toward a man who has been morally outrageous since the moment he stepped into the presidential race.

Perhaps what’s most incensing about the spate of GOP members jumping off the Trump Train is the extent to which they think their disavowal of this latest transgression of their anointed candidate cleanses them of their association with a man we knew to be a hateful human being from the beginning. (Or, really, if we’re going to toss birtherism in there, before the beginning.)

As all of these Republicans feigned outrage, similar to the way one might respond after stepping in a warm pile of dog poop, let us not forget: They’re they ones who let the dog poop on the sidewalk and refused to pick it up in the first place.

Just in case the metaphor is a little too obtuse, these Republicans who are falling all over themselves to condemn Trump bear the responsibility of being complicit in a political party that would allow him to ascend to their party’s candidacy for president. They saw how he used hate to gin up their crowds, and despite what their consciences might have told them about rejecting that hate, they were too tempted by the potential political dividends. They made a deal with the orange devil, and now he’s going to burn them to the ground.