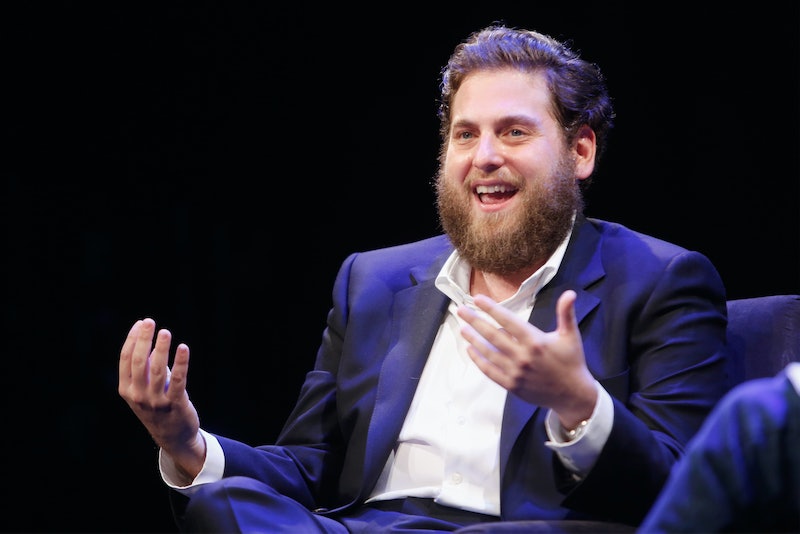 Jonah Hill has come a long way from his acting breakthrough in the stoner comedy Superbad. But according to Hill's interview with Pulitzer Prize-winning journalist David Remnick at the New Yorker Festival on Saturday, there's at least one super funny acting technique he's held onto throughout his career. In the interview, Hill explained how he practices character work by making prank calls to Best Buy and other customer services hotlines. He went on to reveal that when he was a young college comedian, he would make and record prank calls, occasionally for an audience, and in the interview, he reminisced about a particular prank call made to a hotel during awards season in which he impersonated Tobey Maguire's assistant. But as it turns out, Hill hasn't stopped with the prank calls now that he's a two-time Oscar nominee who has worked with legends like Martin Scorsese.

According to the actor, customer service is the best way to work on a character, because of the patience that the voice on the other end of the line must uphold. Hill explained that to really flesh out a role, he will call in and "ask about different products, and complain about different products in the way that I think the character would complain about those products.” But he's not just toying with customer service with no benefit to them; Hill added that he will "usually buy something at the end,” because as he admitted, "I feel bad.”

In the interview, Hill also discussed how he doesn't feel very different since his breakout and later transition to more serious roles, although the move might seem odd to his fans. “People have a hard time with change especially in their consumption of things, right?" Hill said. "So, if I’m a product, I’m this one thing, and then I started to try other things, I think [that’s why] people had a challenge or issue with it.” And yet, despite his move to more intense roles, Hill still seems to not be taking himself too seriously, jokingly acknowledging during the interview that the sweat dripping from his body as he was questioned was because he was ill, not recovering from a drug binge.

Yet still, for serious roles, Hill continues to use prank calls for his character work, including his role in Scorsese's The Wolf of Wall Street. In the film, the actor played the drug-addicted swindler Donnie Azoff and had to wear a set of prosthetic teeth, which changed the way he spoke and added a noticeable lisp. Hill told Remnick that he practiced learning how to re-talk with the prosthetics via calls to Best Buy. Hey, it made me silly, but clearly, it worked, so good on Hill for taking on his roles with such dedication and creativity.