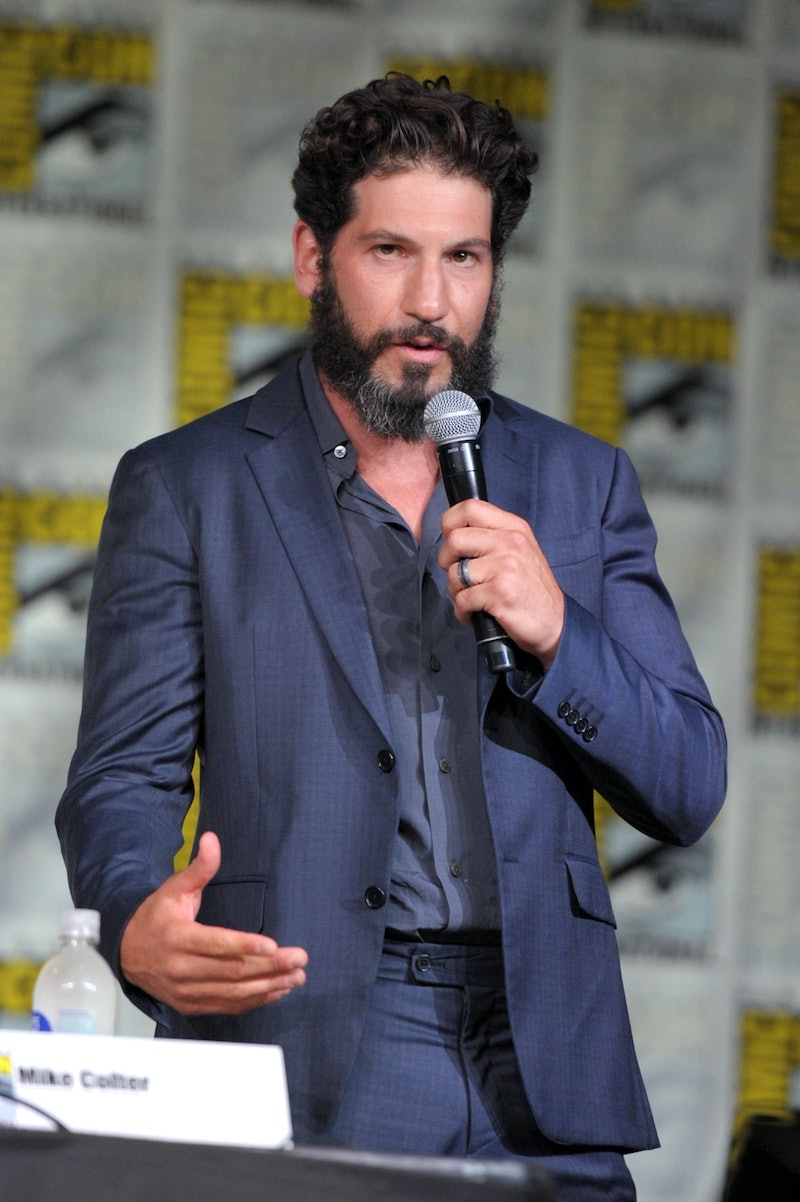 Without the availability of paternity tests or even Laurie around to try and hash out possible dates of conception, Judith's parentage on The Walking Dead is still unconfirmed. While some fans may have accepted Rick Grimes as Judith's father, it doesn't mean he was the one to actually sire her. And, if Jon Bernthal has anything to say about it, that's not what happened. At his Punisher panel at New York Comic Con on Sunday, Bernthal joked that Shane was actually Judith's biological father, triggering all Shane haters and Rick sympathizers everywhere, and delighting those who feel the opposite.

How did this can of worms get reopened after years of it being (sort of) closed? Well, because a fan outright asked Bernthal if Shane was Judith's dad and he answered matter-of-factly, saying, "Yes, of course." While the actor then made it clear he was merely kidding around, I don't think he understands how real my fear is that Shane's Judith's dad is. Or, actually maybe be does. He went on to highlight the fact that he has no intel on the show's plot or plans after being killed off. He explained to the riled audience, "You realize I’m as in the know about that show as you?" Though, he couldn't resist getting one last Papa Shane joke in, saying, "...But yes I think she will have a giant nose and huge ears and you will know."

While I enjoy that Bernthal has a sense of humor and willingness to talk about a show he's no longer on, Judith's true paternity has proven to be quite controversial and now that it's out in the ether again, the talk will only get louder — which is something that the Talking Dead's host knows and decided to capitalize on. At the Comic Con panel, Chris Hardwick asked the crowd, "remember Judith's dad Shane?" before trying to quell the abuzz crowd by explaining that he was simply teasing and that it is not show canon that Shane fathered Judith. So, I suppose we can close the case of Judith's paternity... for now. You know, until the powers that be ultimately take Bernthal's joke seriously and recast Judith with a little girl who is his lookalike.