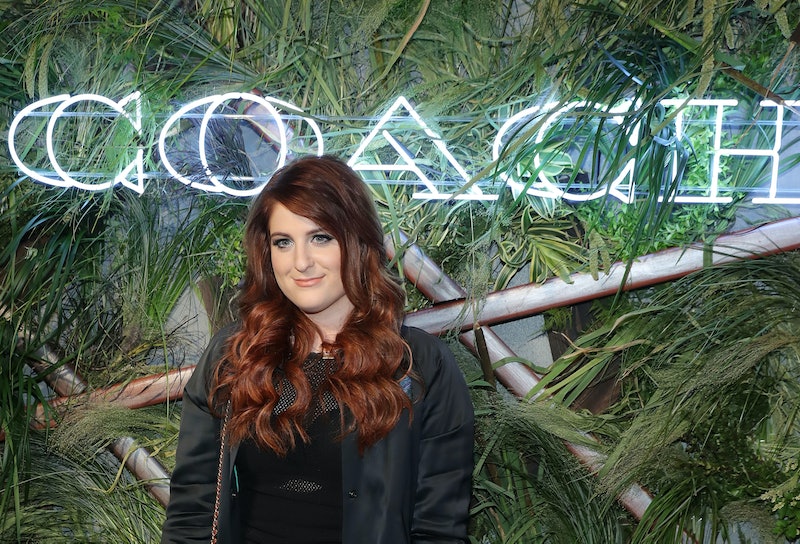 Who would have known back in the day that our favorite teen sleuth from Spy Kids would be all about the bass in his later life? Yes, it seems that Juni Cortez — I mean Daryl Sabara — is possibly dating Meghan Trainor, based on some couple-y photos from both of the duo's personal Instagram accounts. Sabara, the 24-year-old star of the early 2000s franchise, is no longer playing a kid living in a crazy spy-training house and rescuing people from a madman called Floop. Instead, he's an adult continuing to act and take adorable selfies with his alleged girlfriend Trainor. This coupling is what happens when nostalgia and modern pop meet, and I'm not mad about it.

A Trainor/Sabara pairing would be the "No" singer's first public hint at romance since she made out with Charlie Puth at the 2015 American Music Awards during a performance of Puth's "Marvin Gaye." While both singers insisted the kissing was just acting and that their relationship is completely platonic, fans couldn't help but 'ship the heck out of the idea that Puth and Trainor might have been "Marvin Gaye and getting it on" IRL. But now it appears that Trainor might be dating Sabara.

At first glance, this picture makes it seem like Trainor and Sabara are just rocking some goofy animal costumes (you know, like couples do) but upon further review it looks like Sabara has been helping out with his possible lady love's onesie-heavy Untouchable tour. You can also see his costumed self in another Instagram post featuring the cast of Trainor's tour which she captioned, "The greatest people!!!! I love you all so much thank you for making my dreams come true."

It definitely doesn't appear that Sabara is just another member of the cast. He's shared some photos from his own Instagram that show there might also be some romance in the mix.

A simple caption of just three heart emojis could be saying a whole lot in the romance department, or it could just be that Sabara has a lot of love for his tour boss.

But hey, maybe the two are just besties and colleagues. Still, check out the look Trainor is giving Sabara in this photo captioned "Thanks @jordanfederman for capturing this," that includes yet another heart emoji. Her look is one of complete trust and affection. It certainly seems like something is brewing between these too. I 'ship Trainor and Sabara so hard. If they happen to push out a Spy Kids-themed music video, would any of us complain? Bring on the quirky gadgets and bravery accompanied by Trainor's jazzy voice.