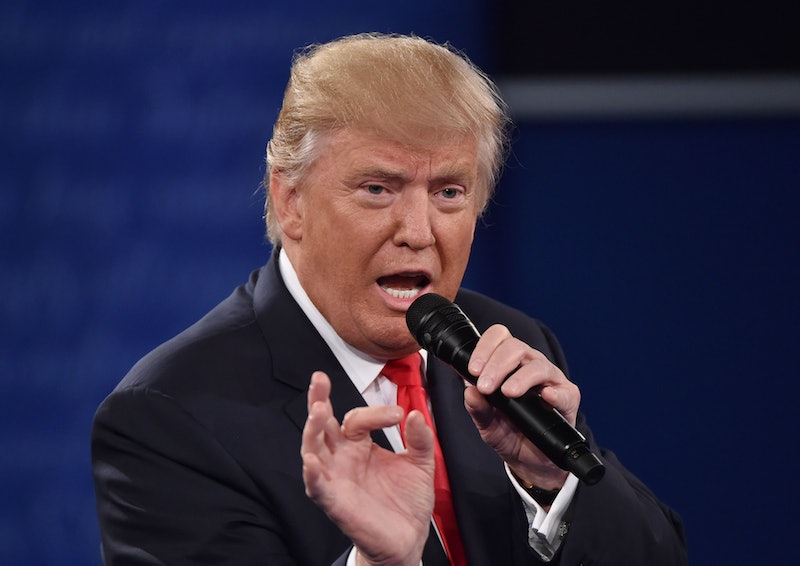 Republican presidential nominee Donald Trump came out swinging in the second presidential debate, but when the topic turned to foreign policy, he came off just a little bit confused, or reluctance, or hey, maybe a little of both. Basically, Trump just had an "Aleppo moment" of his own, insisting that the besieged Syrian city "basically has fallen" to ISIS already, then pivoting to talking points about the city of Mosul, which is in Iraq, an entirely different country.

As many observers on social media noted, it came across a great deal like Trump wasn't even quite sure where or what Aleppo was ― NBC News' Chuck Todd in particular said that it sounded like the GOP nominee was using rhetoric about ongoing military operations in Mosul as a "lifeline" to avoid going into Aleppo in any depth. That said, he managed the impressive feat of nonetheless saying something highly offensive and factually incorrect about the Syrian city, suggesting that it's already "fallen," when in fact it's still the site of an ongoing, violent struggle.

It was a moment reminiscent of Libertarian presidential candidate Gary Johnson's admittedly less elegant moment of ignorance on Aleppo, which is more or less the foremost flashpoint in the years-long, bloody Syrian civil war, a conflict which has displaced millions from their homelands. Johnson, in the midst of a cable news interview, drew a complete blank when asked what he'd do about Aleppo, answering in a bewildered tone: "what is Aleppo?"

If Trump found himself in any similar indecision, then his improvisational instincts served him well, because he managed to keep talking ― in that patented Trump stream of conscious brand of patter ― and it carried him through the exchange without it looking too embarrassing, at least not Johnson-level embarrassing.

And yet, it might not look so great when the debate is cut up into ads in the coming days ― much like in the VP debate, there were a lot more striking moments from Trump's performance to carve up for advertisements than there were on Clinton's side, and that can sometimes be more important than how something looks within the debate itself. Ultimately, however, it'll be up to the voters to decide how it came across.