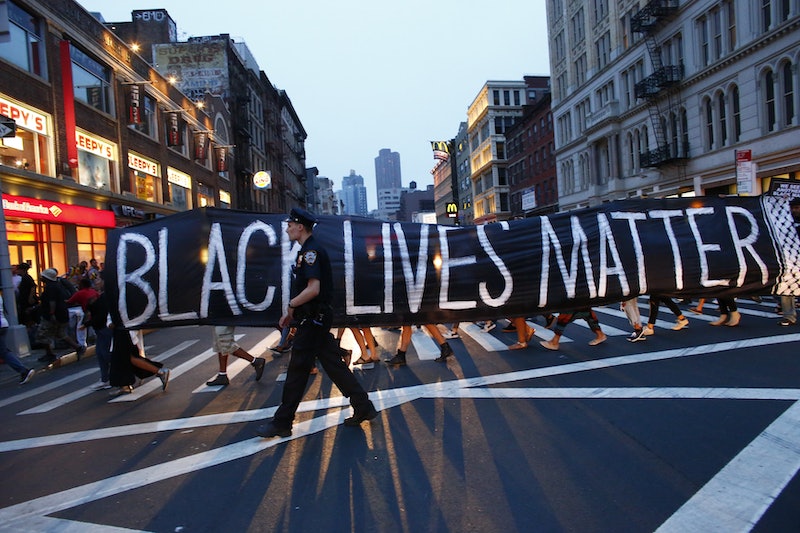 Twitter is abuzz after the GOP nominee's response to an African American man's question during the second presidential debate seemed to indicate that Donald Trump solely associates the African American community with living in inner cities, something which is both untrue and incredibly egregious.

During the debate, audience member James Carter asked the candidates the question, "Do you believe you can be a devoted president to all the people in the United States?" Trump answered the question first and his response consisted of a lengthy discussion of "inner cities" and, interestingly, NAFTA, the former of which he seemed to directly equate with African Americans and Latinos.

Users pointed out the fact that not all African Americans and Latinos live in inner cities and that Trump implying that they do is both not at all reflective of reality and incredibly racist. Furthermore, users criticized Trump's unfair characterization of cities themselves; instead of the bleak picture of cities that Trump paints, many cities are indeed thriving and experiencing political and economic successes.

Trump's rhetoric about inner cities and minorities is not only incorrect and offensive, it is also downright dangerous and does nothing to address or propose solutions to the systemic racism that exists within the United States. Zeba Blay of the Huffington Post captures this sentiment well, stating that

"Every time Trump invokes this image of “the inner city,” he’s misdirecting an important conversation and subtlety placing the blame of the state of black America on black people, instead of the system that’s set up to disenfranchise so many. The way he talks about and to black voters is not only insulting, it’s just downright absurd. "

Even though Trump tends to claim that "words are just words," they can very insightful. Trump's rhetoric on inner cities during the presidential debate tonight demonstrates a complete disregard for the nuance and diversity of minority communities as well as an inability to address their needs.