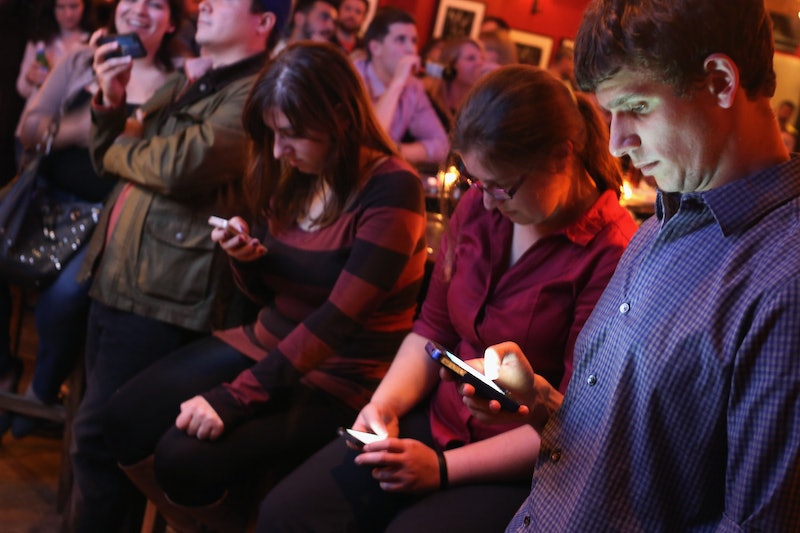 The second of the three scheduled presidential debates for this election cycle was a stressful night for the American electorate, who turned out in record numbers online to tweet their frustrations. According to the experts over at Twitter, the second debate was the most tweeted of all time, a welcome sign that people are still invested in and attentive to this election. As Donald Trump said during the debate, "tweeting happens to be a modern form of communication" and many Americans took advantage of that technology to discuss his very words Sunday night.

After the hype and anticipation leading up to the first debate on Sept. 26, it was reassuring to see so many people actively engaged in the debate the second time around, when there seemed to be significantly less attention paid to the proceedings. Although Twitter rarely releases exact figures on the number of tweets about any singular event, the trending topics just after the debate showed well over 1 million tweets on a variety of subjects, including Bill Clinton, Abraham Lincoln, Bernie Sanders, and #sniff.

Even factoring in a certain amount of silliness and humorous commentary on the debate, that adds up to a lot of substantive thought and discussion on the issues brought up in the debate. Trump and Clinton faced off on taxes, foreign policy, and the economy, as well as the idiosyncrasies of the campaign, like former Miss Universe Alicia Machado and Clinton's email scandal. While Twitter isn't typically the best social media platform for fostering dialogue, it can be particularly persuasive due to the structure of how the site groups messages about the same topic. A lot of undecided voters could be poking around Twitter and forming important impressions about the candidates after this debate, which the candidates should try to use to their advantage.

As difficult as it is to admit, Trump is definitely right when it comes to the seriousness of Twitter as a form of communication, particularly political communication. It can't replace a structured experimental setting, but smart political scientists can certainly glean information from it about the general impressions voters got from the debate about certain topics and statements, and can even utilize location information to approximate regional and demographic support. The large number of tweets should also provide valuable information to the campaigns about the trends throughout the 90-minute debate and about who is most engaged in this stage of the electoral process. The number of tweets is beneficial to everyone — the candidates who are still trying to improve their campaigns, the undecideds who are still trying to make up their minds, and the voters who really need a place to vent.