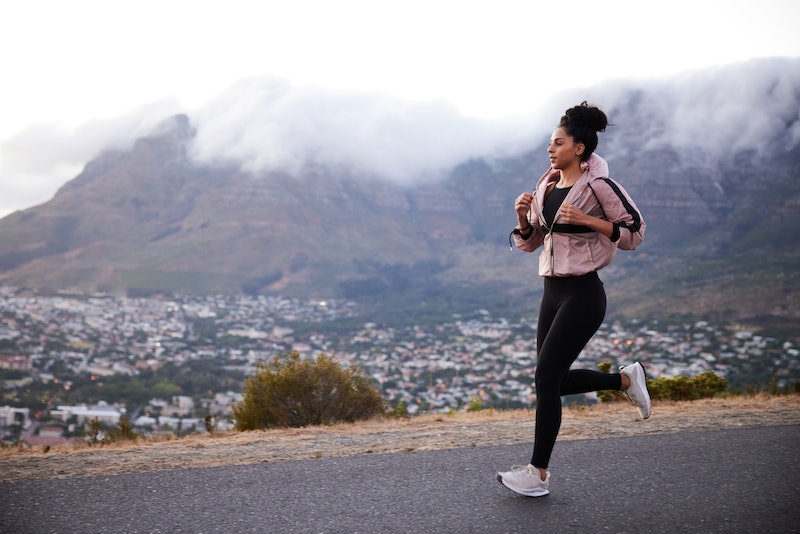 Known for his vivid imagination and his attentive style, Haruki Murakami's novels are iconic and intimate. But if you really want to get a glimpse of Murakami as a person, you have to open up his 2007 memoir, What I Talk About When I Talk About Running. For a sneak peek, check out these Haruki Murakami quotes about running.

In What I Talk About When I Talk About Running , Murakami reflects on his passion for long-distance running, its connection to writing, and the ties between running and life. Running plays a big role in Murakami's life, acting as a driving force as well as an escape. It's a feeling that, I think, most runners can relate to. Perhaps, one of those feelings that we've never been able to express, but when we see it on the page, everything clicks together in our mind.

Whether you're a dedicated runner or hardly a runner at all, this meditative book will inspire you to examine your life and perhaps even to lace up those running shoes. Here are some quotes from What I Talk About When I Talk About Running that show Murakami's keen perspective on the sport and its influence on his life.

1. "First there came the action of running, and accompanying it there was this entity known as me. I run; therefore I am."

2. "Most runners run not because they want to live longer, but because they want to live life to the fullest. If you're going to while away the years, it's far better to live them with clear goals and fully alive then in a fog, and I believe running helps you to do that. Exerting yourself to the fullest within your individual limits: that's the essence of running, and a metaphor for life — and for me, for writing as whole. "

3. "All I do is keep on running in my own cozy, homemade void, my own nostalgic silence. And this is a pretty wonderful thing. No matter what anybody else says."

4. "I'm often asked what I think about as I run. Usually the people who ask this have never run long distances themselves. I always ponder the question. What exactly do I think about when I'm running? I don't have a clue."

6. "I didn't start running because somebody asked me to become a runner. Just like I didn't become a novelist because someone asked me to. One day, out of the blue, I wanted to write a novel. And one day, out of the blue, I started to run — simply because I wanted to. I've always done whatever I felt like doing in life. People may try to stop me, and convince me I'm wrong, but I won't change."

6. "In long-distance running the only opponent you have to beat is yourself, the way you used to be."

9. "The thoughts that occur to me while I’m running are like clouds in the sky. Clouds of all different sizes. They come and they go, while the sky remains the same sky always. The clouds are mere guests in the sky that pass away and vanish, leaving behind the sky."

10. "Being active every day makes it easier to hear that inner voice. "

11. "Pain is inevitable. Suffering is optional. Say you’re running and you think, ‘Man, this hurts, I can’t take it anymore. The ‘hurt’ part is an unavoidable reality, but whether or not you can stand anymore is up to the runner himself."