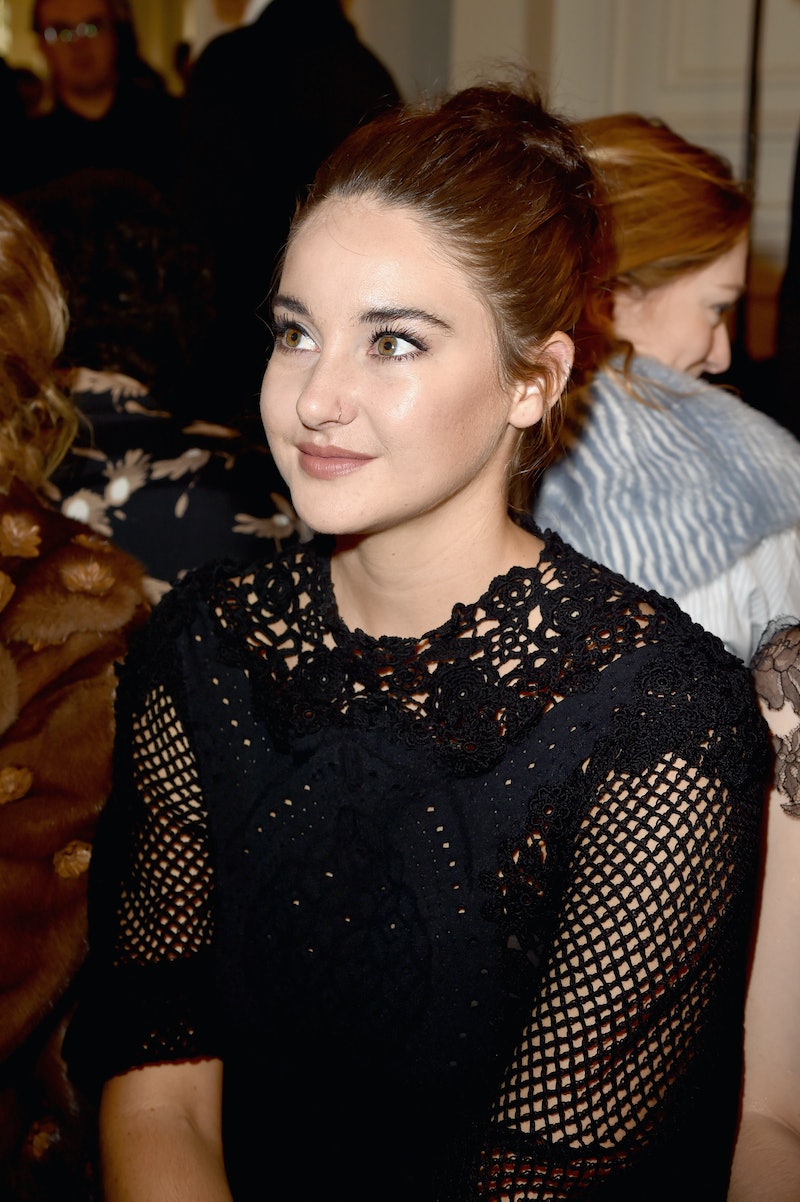 Following the news on Monday that Shailene Woodley was reportedly arrested for alleged criminal trespassing, fans must have plenty of questions. The biggest may be: What exactly was Woodley protesting? The 24-year-old was arrested alongside 26 others, the Morton County Sheriff confirmed to E! News. The group was reportedly peacefully protesting the Dakota Access Pipeline in Sioux County, North Dakota. Bustle has reached out to the Morton County Sheriff's office, but did not receive an immediate response. Woodley's legal rep told Bustle, "We do not comment on client matters."

Earlier: NBC News explained that the Standing Rock Sioux Tribe and their supporters are protesting, because the U.S. Court of Appeals rejected their request to halt construction of the Dakota Access Pipeline. The $3.7 billion pipeline would transport oil across four states, according to NBC, and a video on their site stated, "The pipeline would also cross directly beneath the reservation's main source of drinking water, the Missouri River." TMZ also reported that the pipeline would cut across "sacred Standing Rock Sioux land and burial ground."

So, why is this project taking place anyway? CNN reported that the project developers believe the pipeline "is the safest, most cost-effective and environmentally responsible way to move crude oil, removing dependency on rails and trucks." The Energy Transfer website also explains, "the Dakota Access Pipeline will reduce the amount of crude oil shipped by truck and by rail and increase the amount shipped by pipeline."

Before her arrest took place, Woodley posted several videos via Facebook Live, updating people on what exactly was occurring and why. You can hear her explaining her side in the video below.

In the clip, Woodley explained why she was on her way to "involve herself in peaceful protest." Here's the most concise explanation: "We stand together to protect Mother Earth. That's what we're here for." She pointed out in the clip that "hundreds of thousands of people" are mobilizing, not just in North Dakota, but all around the country. Woodley also emphasized the need for clean water, which she believes would be affected if the pipeline is put in place.

In the two hours prior to her arrest, Woodley filmed what happened when police arrived in riot gear on the scene. As seen in the footage below, she claimed they had "giant guns and batons and zip ties." Protestors' signs include messages such as, "Defend the sacred" and "Water is life." The Fault In Our Stars star reminded viewers, "This is America. America. Look what we're faced with when trying to protect the water." Later, she talked to an officer, who told her on-camera, "You're going to be placed under arrest for criminal trespassing."

Skip ahead to the last four minutes to see the arrest take place.

She claimed in the video that she was cooperating with officers, who asked her to go back to her vehicle. Woodley was led away in handcuffs, as she asked why she was being arrested and not the hundreds of others protesting, too. The officer responded that she had be identified.

At the heart of it, Woodley, along with approximately 100 others, gathered to fight against the construction of a pipeline. Ultimately, she's standing up for the Sioux tribe, as well as the environment.