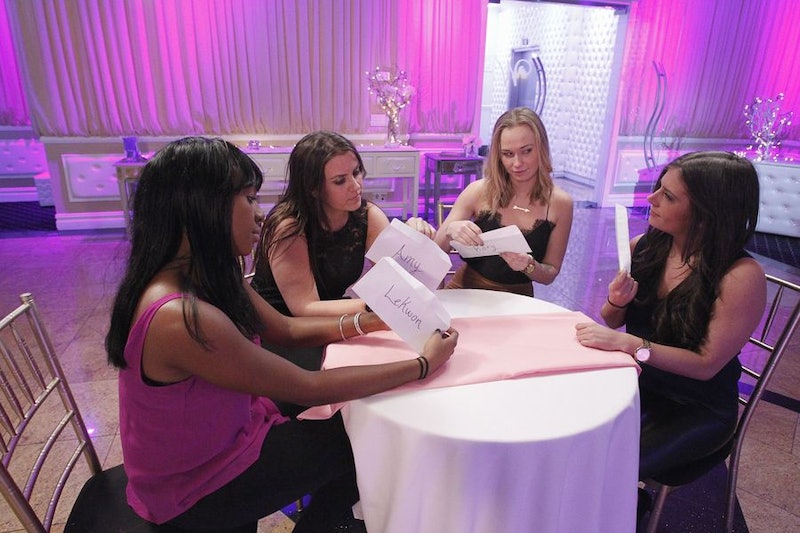 Have you ever wanted to write a completely honest letter to one of your best friends, detailing to them exactly how you think they can make their lives better? Maybe they have a significant other that is dragging them down or they have a habit that is unhealthy. Well, you might be a perfect candidate for Freeform's new reality series, The Letter. The series will focus on a different group of girlfriends each week and one of the first ladies to be featured with her three best friends is Lekwon Imoke.

The show will have each of the girls write anonymous letters to each other that are basically explaining (in their friends' opinions) what they can do to make their lives better. Whether it is breaking up with that toxic significant other or picking up a new hobby, they have to listen and abide by whatever instructions they are given in the letter they receive. At the end of the week, they will learn who wrote them the letter and they will get the opportunity to discuss whether it was a positive life-changing experience, or not. Lekwon will be appearing with her three best friends in the first episode and according to an interview with TV Grapevine, she learned a lot from her experience on the show.

Here are some more tidbits about Lekwon before you dive into the series.

Lekwon is part of at least one fantasy football league, according to her Twitter. She also seems really into it and seems to have a lot of fun with it.

In her interview with TV Grapevine, Lekwon says that she never leaves the house before asking, "What would Kylie wear?" Solid advice for any of us, right?

She Has Great Taste In Shows

Lekwon is a big fan of Empire, and I have officially become a fan of Lekwon.

Lekwon has the most adorable nephew on planet Earth, and she is clearly in love with being his auntie. She obviously has a great connection with her family, which is probably why she has three best friends who care about her so much.

The Letter looks like it is going to be a really fascinating social experiment. I am eager to see Lekwon and her girlfriends bring the honesty with each other and hopefully come out of the experience feeling stronger than when they went into it. Check out The Letter Tuesday at 9 p.m. on Freeform.