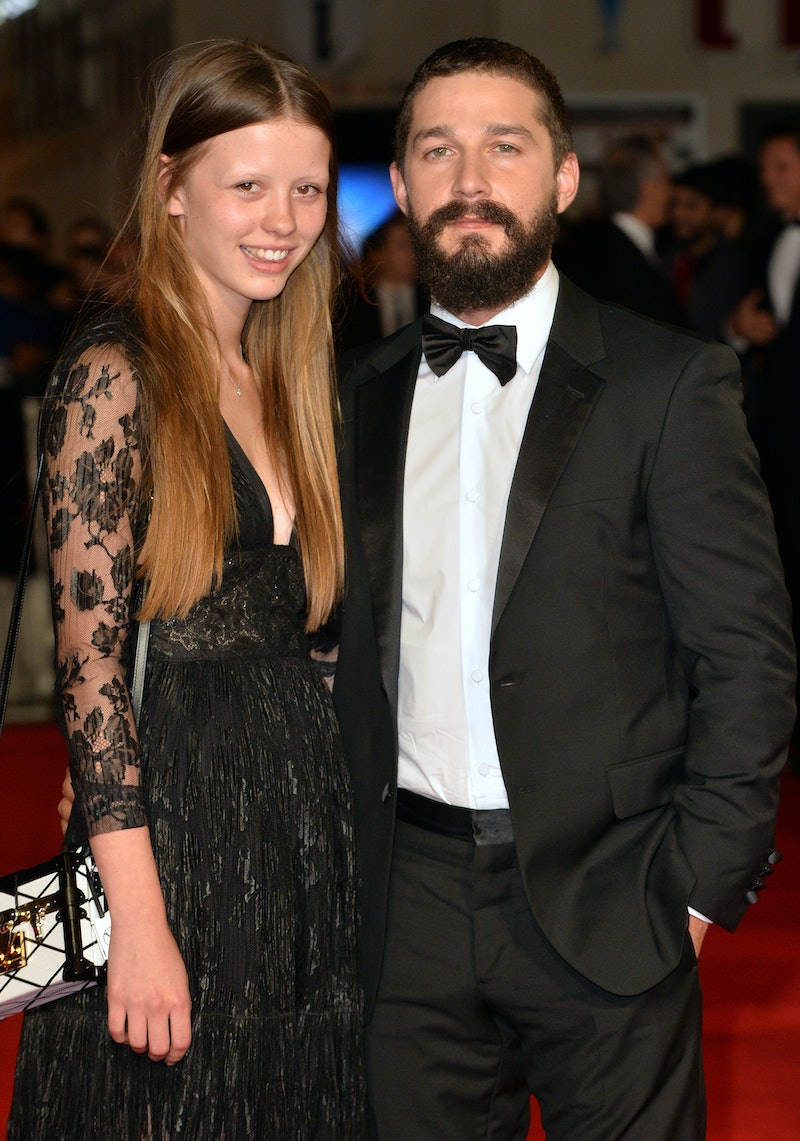 What better place to get hitched than in Las Vegas, Nevada? Apparently, this celebrity couple was thinking exactly that, but are Shia LaBeouf and Mia Goth really married? Bustle has reached out to both LaBeouf and Goth's reps, but did not receive an immediate response. On Monday, TMZ reported the two said "I do" in Viva Las Vegas, but we all know how much LaBeouf likes performance art, so what if his wedding isn't even real. Would that really surprise anyone?

Update: According to a tweet from Clark County, Nevada, there is no marriage license for LaBeouf and Goth. The tweet says they had a commitment ceremony.

Earlier: Well, it sure seems to be legit. There are photos of LaBeouf and Goth at a chapel getting married by an Elvis Presley impersonator and they also seemingly chose a Hawaiian theme. Maybe they really like Blue Hawaii, which starred Presley? Whatever the case, Goth is seen wearing a white dress and holding a bouquet of flowers, whereas LaBeouf is in a suit. There are also photos of the two kissing after their vows. Better yet, somehow TMZ obtained an actual video of the entire ceremony and them exchanging their vows, which at one point appeared to be a live stream. That's right, you can watch them get married.

So, it looks like these two are legally married. Why else would they go through all of this effort? Well, there is still a small chance that this is some type of performance art, because when doesn't the former Even Stevens star like to go above and beyond to make a statement and to express himself? Though, this really looks like his way of expressing how much he loves Goth. Plus, there were also engagement rumors in March surrounding the two, so it's not like this wedding came totally out of the blue.

I guess we'll just have to wait until either of the two comment on their marriage to know for certain, but until then, enjoy their very entertaining wedding video.