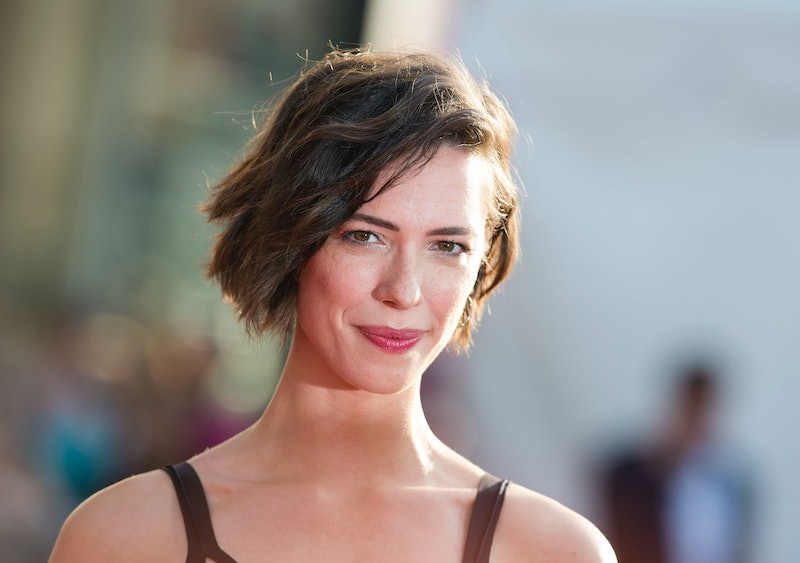 There’s no doubt that Christine Chubbuck — the 29-year-old reporter who committed suicide on-air in 1974 — was suffering from mental illness. But she also suffered from the relentless societal pressures and disappointments of life that women, myself included, still feel today. In the new biopic Christine, starring the incomparable Rebecca Hall, Chubbuck’s many struggles are revisited. They are perhaps more relevant now than ever. Halls tells me why she can relate to Chubbuck, because even after over four decades since the reporter’s untimely death, the pressure put on women to have it all, (whatever that means) and be perfect while doing so, prevails.

Hall points out a crucial factor in Chubbuck’s suicide: beyond her battle with undiagnosed mental illness, she had daily professional and personal defeats to overcome. According to Hall, Chubbuck was “operating in a [world] that was unforgiving to a woman. They would exploit her gift, but not reward her for it.” As portrayed in the film, Chubbuck desperately yearned to live an authentic life, shining light on “positive” and uplifting human interest stories in the newsroom. This wasn’t enough, and when she attempted to better fit into the network’s juicier model, her male superior made her feel worse for even trying. For her, carrying out work that didn’t fulfill her was already a surrender.

Chubbuck mostly suffered quietly without outwardly expressing her emotions, which Hall believes is one of the things that makes this woman “unlikeable.” There’s a confusing standard that women need to, as the 34-year-old says, “explain themselves.” “People think, ‘You’re a woman, you talk about these things, so tell me about your traumatic childhood, or your personal life,’” she says. And even when women do speak up or defend themselves, it isn’t enough. “I have to give you blood to explain myself, when the words should speak for themselves. It’s not something men get asked in the same way. I find that bizarre and regrettable, but at the same time, I understand it,” says Hall.

And of course, there’s the undying standard of personal-life perfection women still find the need to strive for: the happy relationship, family, white-picket fence, successful career, perfect body — all of it. Chubbuck, who lacked social relationships and a romantic partner, deeply yearned for most of those things. As if the absence of a significant other didn’t hurt enough, she learned she had physical complications that could prevent her from having children of her own one day — a crushing blow since having children was a dream of hers.

Since the ‘70s, these pressures have lingered and perhaps reincarnated more intensely with social media, particularly Instagram. Hall says she feels the pressures of being perfect and judged “all the time,” which is why she continues to struggle with opening herself up on social media. It seems nothing women do is enough, and the lack of control it’s exhausting.

When you do join Instagram or whatever, you feel this strange pressure to post pictures of yourself looking pretty. Like really? It’s not enough? Why can’t I go on Instagram and show everyone what I’m looking at rather than how the world’s looking at me? Which you can do, but it’s not really what everyone, what the media, wants. It’s not how the world operates. I do find that pressure on women baffling.

But if viewers take anything away from Chubbuck’s story, it should be that living authentically is a beautiful thing, and a doable thing, even if it seems impossible at times. “I think the key is to be rigorous with yourself,” says Hall. “Sometimes we can swallow the stuff that isn’t us and believe that it is. Question is: Is this what I really want? Will this make me happy? Am I being true to myself?”

All-in-all, the fight to rise above and live authentically is worth it. “You have every right to get what you want out of this world and stand behind it, sing and dance and clap your hands about it,” says Hall. Chubbuck is unfortunately one of many women who was defeated by the hardships of life. But for every fallen woman, there’s one who will find the strength to prevail.

More like this
Olivia Rodrigo’s Song Dedication To 5 SCOTUS Justices Sent A Strong Message
By Grace Wehniainen
16 Novels That Paint A Realistic Portrait Of Abortion
By K.W. Colyard
Hugh Jackman & Deborra-Lee Furness’ Relationship Timeline Started With A Mutual Crush
By Hugh McIntyre
Justin & Hailey Bieber's Bond Is "Unbreakable" Amid His Ramsay Hunt Diagnosis
By Bustle Editors
Get Even More From Bustle — Sign Up For The Newsletter