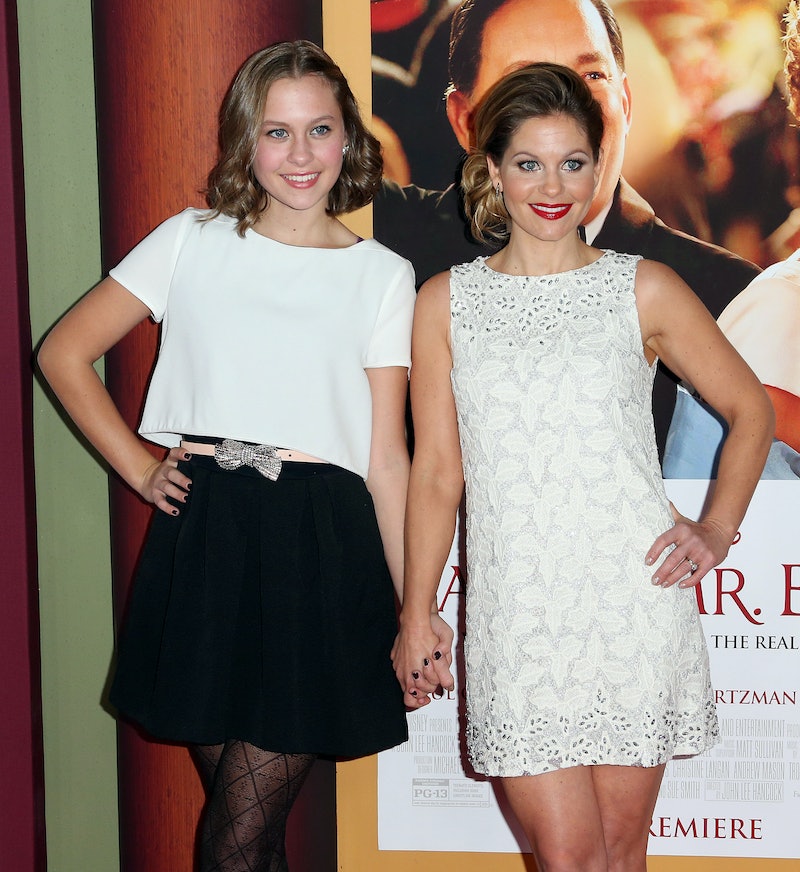 Fans have had their eye on Candace Cameron's daughter Natasha Bure ever since they found out who she was on The Voice. So, it was big news that Natasha Bure would battle against Riley Elmore on The Voice to represent Team Adam by singing the song "Cry Me A River." It was an interesting competition because it was so clear that Natasha has made a lot of progress and has the potential to do even more, yet Riley is perfectly polished right now. Unfortunately for Adam Levine, he had two extremes to choose from and the other coaches had conflicting opinions about the best choice to make.

Before the performance, Levine described Natasha by saying, "Natasha's voice is like an unpolished diamond. There are things that need to be refined, but she's got something." And, then on the other side, Levine explained Riley by saying, "When Riley starts singing, it's real. A lot of guys try to be crooners, but he really is one."

Post-battle, Blake Shelton advised Adam to pick Natasha by saying, "Riley, the singing was right on the money technically, but I really feel like Natasha sold that performance. I would choose Natasha." Alicia Keys added, "Blake is right, Natasha. Me and Miley were like wow." However, she wasn't completely sold since she also remarked, "Riley, I like how purposefully you were singing. It's really strong and it's really powerful coming through. I would choose Riley." And, Miley Cyrus congratulated Natasha on her growth throughout the course of the competition when she said, "I just want you to know, Natasha to be really proud of yourself because you've grown as a performer today."

Levine agreed with Cyrus' sentiments and told Natasha, "I could not be more proud of you." He also had some pretty lengthy praise for Riley: "If we all closed our eyes and listened to people sing who are left on this show, your voice would be the one that we would all recognize immediately. That is extremely valuable to have." So, it seemed pretty obvious that Levine was going to choose Riley to carry on in the competition.

He then remarked that he was "so impressed and happy with the progress" that Natasha had made and that he felt "bittersweet going with Riley." That made me think (and hope) that one of the other coaches would scoop Natasha up, but that didn't happen, and she was crying all while trying to be a class act and congratulate Riley.

Not only did Natasha not get stolen, but now we don't get to see her getting any kind of pep talks from DJ Tanner. her mom did speak about her daughter's performance, though "I was so proud. It was the best I heard you sing it, so you can walk out of here with your head held high," she said.

Hopefully this isn't the last fans see of Natasha, she definitely has potential to make it out in the real world.

More like this
What Is Ariana Grande's Net Worth? When It Comes To Money, She Has No “Problem”
By Hugh McIntyre
Tamra Judge & Vicki Gunvalson Gave A Hopeful “Tres Amigas” Update
By Brad Witter
Only 3 Of The One That Got Away Couples Seem To Still Be Together
By Brad Witter
Cash & Cinco Clarified If They're Dating After 'Love Island US'
By Jack Irvin and Brad Witter
Get Even More From Bustle — Sign Up For The Newsletter