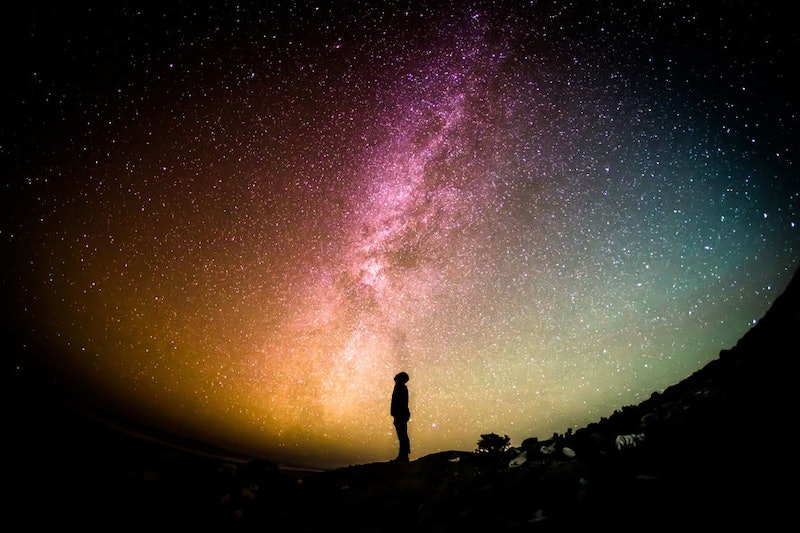 One of the most important aspects of scientific discovery is having access to the right materials; and a new study has found that, at least in terms of a specific scientific tool, access can be really limited by gender. The study in question looked at the European Southern Observatory (ESO), a gigantic telescope complex used for astronomical research, and found that when astronomers applied to use it for research projects, their gender was a factor in whether they got to use it or not. Ladies, unsurprisingly, were at the back of the queue. It's just the latest in a slew of data that shows women are at a disadvantage in STEM fields, and stuff like this matters; if you don't even get a chance to accumulate your evidence about stars and planets, how are you going to publish papers, get funding, apply for new jobs, and impress your superiors?

One of the big preconceptions about astronomy is that you can just rock up to a giant telescope and use it whenever you like to discover amazing things about the heavens. In reality, the use of the biggest scientific telescopes is tightly controlled, with proposals by scientists going through multiple approval processes before anybody is allowed to have free reign with such giant, expensive toys. And astronomy's had a reputation as a boy's club for a while; the famous case of Caroline Herschel, the sister to the much more famous William Herschel, illustrates the point. (Caroline was highly gifted and discovered several astronomical phenomena on her own, but she was constantly overshadowed and restricted by societal pressures around her gender.)

The new study should give serious pause to anybody who thinks that gender isn't a problem in STEM, or that women just "aren't gifted enough" to make it in high-end science. It seems that, in astronomy, they're not being given an equal chance.

Women Aren't Even Getting Equal Time To Look At Space

If you want to have access to the European Southern Observatory, it'll be much better for your chances if you're a dude. Sorry about that. The study, from the researcher Ferdinando Patat, looked at how telescope time was allocated to different research projects, and found that there's a distinct gender problem in astronomy — and that it can't be fully explained by the fact that there are more men than women in the discipline in general.

Patat looked at a huge swathe of proposals to use the telescope: 13,420 proposals over eight years, from 3,017 "principal investigators" (or head scientists trying to get telescope time). The competition is fierce and a tiny number actually get accepted. Crucially, he looked at a bunch of different factors in acceptance: how senior the scientists were, their gender, and the genders of the people on the panel assessing the proposals. These were all professional scientists, not random people off the streets who wanted to look at the Big Dipper in high definition and get drunk watching comets.

The initial findings were, er, not encouraging. Proposals headed by dudes were accepted 22.2 percent of the time, while proposals headed by women only got a 16 percent acceptance rate. But could this be explained by the fact that there's a large amount of dudes in astronomy, particularly in important senior positions in scientific labs (whose proposals were more likely to be accepted)?

Disappointingly, Patat found the answer was no. Even if you took seniority into account, there was still a gender gap. And it wasn't just that the reviewing panel were all crotchety old men with old-fashioned views about ladies in the workplace; the panels usually involved women, too. Disappointingly, female reviewers were less likely to approve female-led proposals than male-led ones (28 percent for ladies, 29.4 percent for men) — though they were less gender-biased than male reviewers, who only approved 23.5 percent of female-led proposals compared to 27.1 percent of male-led proposals.

Why This Is Happening

The problem? Implicit bias. Even if the reviewers thought they were giving everybody an equal chance, it seems clear that underlying perceptions about women's proposals being "less worthy" because long-held cultural belief in female incapability in scientific disciplines were in the air. Seeing a female name on a proposal paper, unfortunately, gave astronomers a setback before their proposal was even read.

The prominent journal Science, reviewing the data, pointed out that it's actually not new when it comes to telescope time problems. In 2014, the famous Hubble telescope underwent a similar scientific study, and women proposing studies trying to get telescope time were found to be facing a parallel gender issue, with male studies getting more approvals in every one of 11 proposal cycles (the time when the observatory is "open" to ideas). So you can't say it's just a problem with the ESO, alas.

What This Can Teach Us About Women In STEM

This illustrates something really important about the difficulties facing women in STEM: they're not just on one level, and they can be enforced by other women. Overviews of discrimination against women across the sciences, technology, and engineering have found that gender plays a role everywhere, from being hired for junior positions to climbing the ladder, getting tenure, having abstracts accepted at conferences, and basically any signal of career success. (One famous study in 2014 found that a female name on a scientific resume for a lab manager job meant high-level scientists rated an applicant as less competent, less acceptable for mentoring, and deserving of a lower salary.) And, frustratingly, a study in 2015 found that men in STEM, despite overwhelming evidence, were much less likely to actually believe that women in STEM are disadvantaged, meaning that change will likely be slow and excruciating.

The biases against women in STEM are real, and astonishingly difficult to overcome. The Harvard Business Review conducted a fascinating study of biases facing women in STEM fields, and created a list of the five main problems: women are asked to prove themselves constantly, must balance masculine and feminine traits to succeed, face the assumption that they'll quit the second they have kids, compete ferociously for limited attention with other female scientists, and are heavily socially isolated. The problems are exacerbated if the women are also people of color. No matter where you put your finger in STEM areas, statistics paint a distressing picture: engineers still face huge employment gaps at big tech firms, female mathematicians endure a massive career-path drop from 40 percent of undergraduates to a mere three percent of all professors, female scientists only contribute to about 12 percent of decision-making, and there's a serious funding gap between male and female startup entrepreneurs.

The aggravating thing about this is that you can't just shine a light on one aspect and make sure it's fixed; the difficulties caused by implicit prejudices against women are pervasive. The ESO might well be doing some soul-searching as well as some sky-searching, but that will only create relief in one part of a much, much bigger problem.