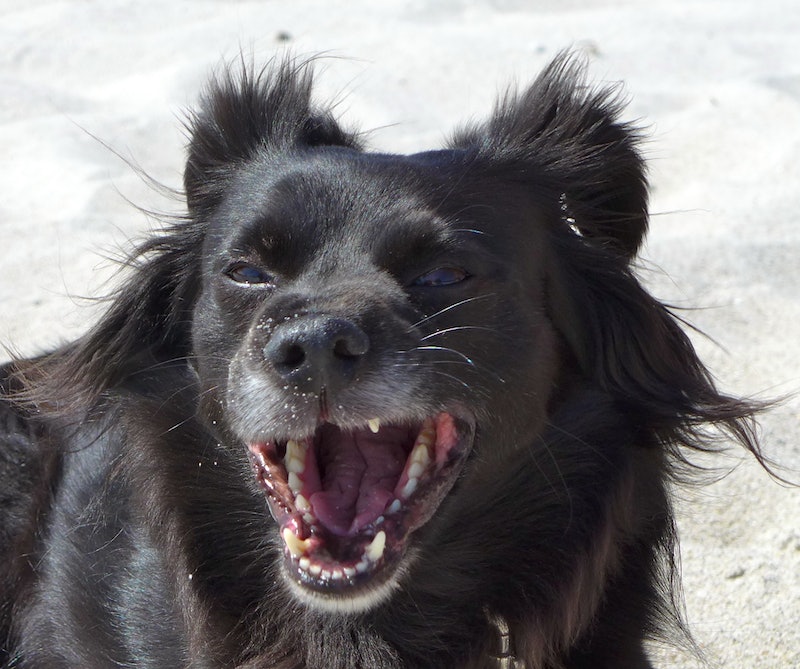 Fascinated by the cuteness of animals yawning on Youtube? This is the study you've been wanting for your entire life. Youtube records of animal yawns over a range of species have formed the basis for a new study's conclusions on yawning and why we might do it. (No, seriously.) The study's discovery? How long we yawn, as species, appears to be related to how big our brains are; and that's a surprising revelation with a lot of consequences for the relationship between yawning and brain tissue.

The most common idea about what yawns do ("carry oxygen to the brain") is likely either a complete myth or else only a very small part of the picture. The American Academy of Sleep Medicine, interviewed on the idea by the Huffington Post, points out that it probably came from the widespread understanding that shallow breathing can "cause problems," but that the lung areas used in yawning aren't usually part of regular breathing. Yawns, it appears, are more complex than they first seem.

Science has found that yawns have both social and neurological functions, though we're still unclear about how those interact and why. If you yawn constantly during this article, I won't be offended.

The Bigger The Yawn, The More Complex The Brain

The new study, published this month in Biology Letters , took an innovative approach to the comparison of animals and their yawning times: it looked to Youtube videos. (This makes sense; rather than waiting in zoos or observational facilities for animals to have the grace to yawn, they were getting information straight from the source.) The scientists looked at 205 yawns from 177 different individuals across 24 different species. Unsurprisingly, cat and dog yawns showed up fairly frequently, but they also managed to capture camels, chimpanzees, rabbits, horses, hedgehogs, and even walruses. (If you want a giggle, go read the paper for the scientists' intense annoyance at the failure of YouTubers to publish videos where yawns could clearly be seen starting and stopping. "One video with multiple yawning clips from a litter of kittens," they note huffily, "was excluded owing to the inability to distinguish between individuals.")

They were looking for something specific. Usually, we conceive of yawns as pretty identical between species; but they wanted to prove that they weren't. And it turned out they were correct: the bigger the brain of an animal, and the more complex, the longer yawns lasted. Primates dominated the long-yawn end of the spectrum, and humans have the longest yawn in the observed animal kingdom, at an average of around six seconds. And it wasn't just about having a big head, either. "Importantly," the scientists noted, "neither the size of the body nor the anatomical structures specific to yawning (cranium and mandible) are driving these effects, because gorillas, camels, horses, lions, walruses, and African elephants all have shorter average yawns than humans."

So far, so awesome. Our yawns reflect our smarts. But the scientists had a more nuanced idea of what the yawn's influence on the brain might actually be, and it reinforces a theory that's been percolating for a few years now: yawns help brain function.

What Does Yawning Actually Do?

Here's the thing about yawns: it's entirely possible that they do several things at once. But the theory backed up by the Youtube scientists is a very practical one: that yawning serves as a thermoregulator of brain temperature. Smithsonian Magazine explained the idea back in 2013:

"When we yawn, that big gulp of air travels through to our upper nasal and oral cavities. The mucus membranes there are covered with tons of blood vessels that project almost directly up to the forebrain. When we stretch our jaws, we increase the rate of blood flow to the skull... And as we inhale at the same time, the air changes the temperature of that blood flow, bringing cooler blood to the brains."

The theory is based on the discovery, in 2002, of a very flexible wall at the back of the human sinus that likely flexes during the mechanism of yawning, diverting air. More complex, larger brains overheat more quickly, which is likely why primates and other big-brained species yawn more often: it's an attempt to regulate the brain's temperature and keep it performing at a high level. The scientists behind this latest study think yawning could be one of the keys to the evolution of successful, large brains and complex behaviors.

Then Why Are Yawns Contagious?

This isn't the only thing that yawns have been observed to do, though. There's the fact of "yawn contagion," the well-known phenomenon where yawns spread throughout a group of humans. It's also been observed in bonobos, one of humanity's closest primate relatives; and the researchers of the bonobo study pointed out that, like in humans, yawns were much more contagious among "strongly bonded" animals than between strangers. (In 2011, scientists found that we're actually more likely to yawn in response to family than friends.)

It seems that yawning, as a kind of bonding exercise, might actually have something to do with empathy; a study this February found that women are more likely to do contagious yawning than men. They yawned 54 percent of the time when somebody else did, as opposed to men, who yawned 41 percent of the time. The scientists in charge of the study thought this might be down to gender-based "empathetic processing" in the brain.

These aren't actually contradictory theories. It's entirely possible that humans and other animals evolved yawning to cool their complicated brains, and that along the way the behavior accumulated other uses, designed to strengthen community bonds. Yawning is likely to be a multitasking action. Some scientists even think that the contagion of yawning, getting an entire group up to optimum brain function, might have been a survival mechanism; but we still don't know enough about the whole process and how it spreads to be sure. One thing's clear, though: there is definite scientific value to uploading that sweet video of your cat getting ready to sleep.

More like this
6 Abortion Advocates To Follow On TikTok
By Sara Youngblood Gregory
Every Single Big & Small Way You Can Fight For Abortion Rights
By Tess Garcia
The 7 Best Knee Sleeves, According To An Expert
By Andrea Hannah
This Viral TikTok Trend is Exposing Everyday Scams
By Sophia Moore
Get Even More From Bustle — Sign Up For The Newsletter