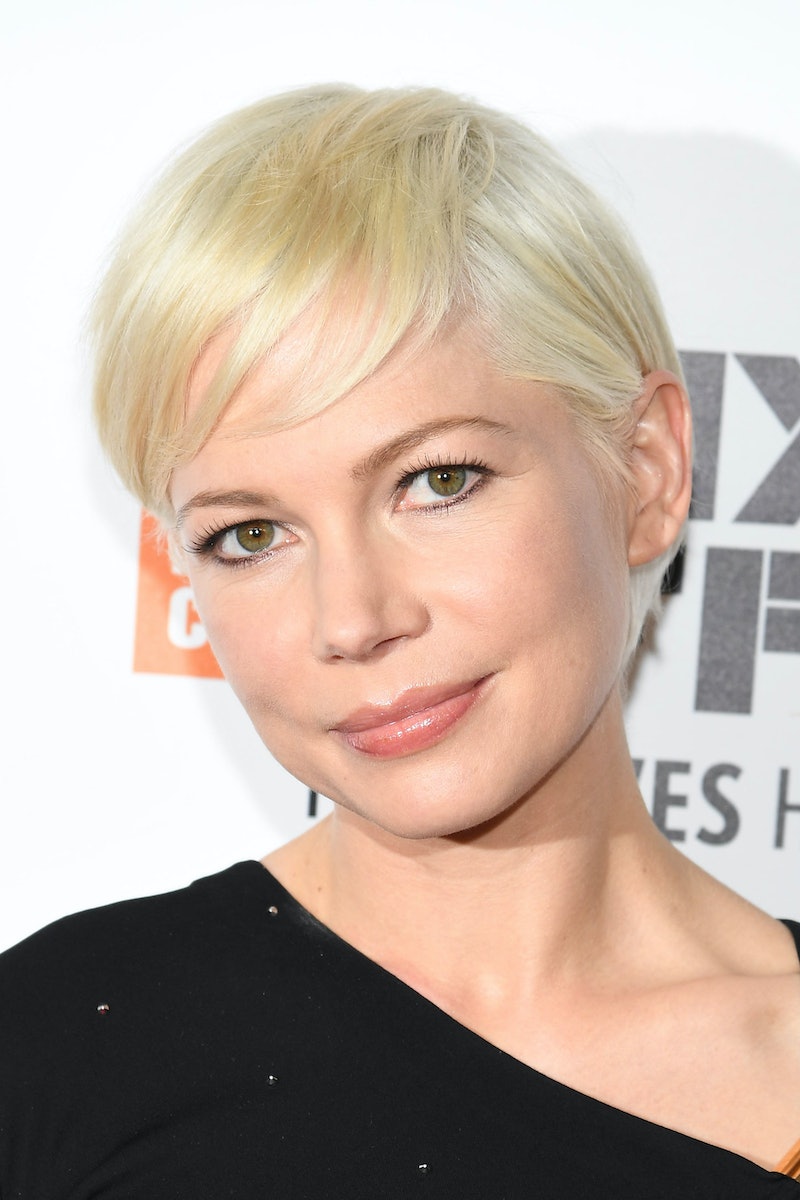 Hollywood has been interested in capturing Janis Joplin's life on screen for decades. Ever since Bette Midler starred as the icon in 1979's The Rose, actresses and film creators have tried (and mostly failed) to recreate her story. In 2014, Amy Adams was attached to a Jean-Marc Vallee Joplin project, but its been delayed several times due to legal troubles. At one point, even Zooey Deschanel was supposed to play the rock star, but its currently on hold. Now, according to a Variety report, Michelle Williams is in talks to star as Joplin in Sean Durkin's upcoming biopic of the rock icon. Though Adams and Deschanel would have done the late musician justice, casting Williams as Joplin could be the push everyone needs to get her story made. Not only has the actress been having one hell of a year, she's got the emotional range. And what's more, Williams can sing.

Since she became known as Jen Lindley on Dawson's Creek, she's built an impressive career for herself. Her roles in Brokeback Mountain, Blue Valentine, and My Week With Marilyn have all landed her Oscar nominations. (This year's performance in Manchester by the Sea has some Oscar buzz as well.) But, besides an expansive film resume, she has been honing her musical chops. She was in the off-Broadway Smelling a Rat, Tracy Letts's Killer Joe, and Chekhov's The Cherry Orchard opposite Jessica Chastain at Williamstown Theatre Festival. She made her Broadway debut in the recent revival of Cabaret, and, this year, she received a Tony award nomination for her work in Blackbird. Guess you could say she's been prepping for a role like this Joplin one.

Though it's tough to say whether or not Williams would lend her voice to the Joplin biopic, the actress can sing, which makes this casting choice ideal. Plus, the fact that she portrayed another tortured songstress — Marilyn Monroe — and covered her music proves she could do it again. Check out some of Williams's vocal talents below.

"That Old Black Magic" From My Week With Marylin

Monroe famously sang this tune in her 1956 film Bus Stop. Williams' cover was featured on the film's soundtrack.

"Heat Wave" From My Week With Marilyn

Originally written for the 1933 musical, As Thousands Cheer, Monroe first performed "Heat Wave" in There's No Business Like Show Business. Like "That Old Black Magic," "Heat Wave" can also be found on My Week With Marilyn's soundtrack.

"It's A Wrap, I Found A Dream" From My Week With Marilyn

Monroe debuted this song in The Prince and the Showgirl. It was again covered by Williams on the official film's soundtrack.

Williams played the hard-partying Sally Bowles in the recent Broadway revival of the 1998 show.

The indie 2005 film follows Elliot Sherman in the two weeks leading up to his wedding. His encounter with a songstress and office temp (Williams) changes his world for the better.

Sean Durkin's Janis will follow the last six months of the rocker’s life, before she overdosed at age 27. This particular project will be based on the book Love, Janis, which was written by Joplin’s sister Laura and features letters that Joplin penned for her Texas family while she was on tour. No word on when the project will begin filming, but let's hope it doesn't run into any problems along the way. We all need to benefit from Williams' angelic voice again.