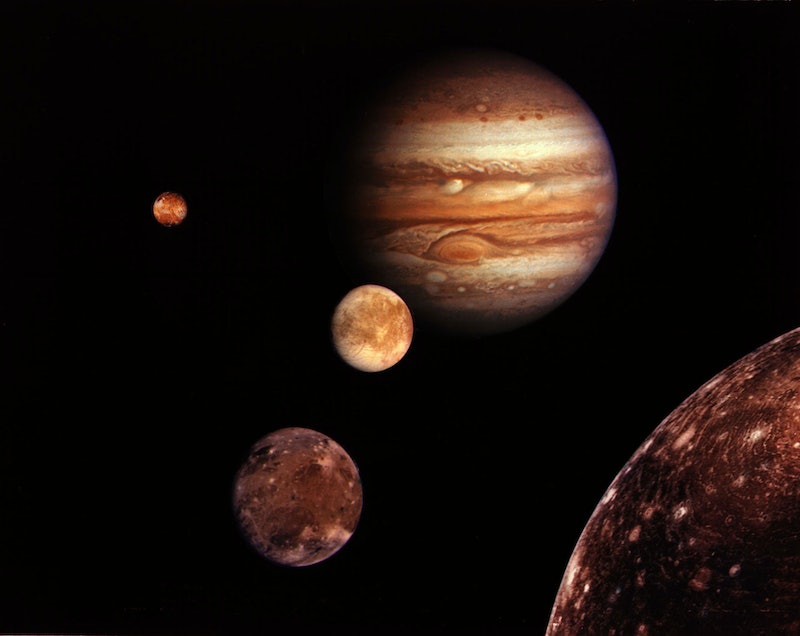 A whooshing sound, with a staccato tittering in the background, something that sounds like a birdcall, then crickets. These eerie noises resemble something straight out of The X-Files, but their origins are much cooler: They are sounds produced by Jupiter. Recorded by NASA’s Juno space probe as it orbited Jupiter on August 27, the spooky noises prove that sometimes reality isn’t all that far from science fiction.

The Juno space probe is currently orbiting Jupiter to collect data about the gas giant, the largest planet in our solar system. In late August, Juno, traveling 130,000 miles per hour, flew within 2,600 miles of the planet and collected data about Jupiter’s auroras — phenomena that are similar to the aurora borealis (the northern lights) and aurora australis (the southern lights) on Earth, only much, much bigger. An instrument from researchers at the University of Iowa, called “Waves,” recorded the auroras’ radio emissions. These emissions aren’t audible, so they had to be “translated” into sounds by engineers at the university, who “downshifted” the radio waves into a range detectable by human ears and then condensed them. In the video below, you can listen to 13 hours of recordings of Jupiter’s auroras, compressed into about 40 seconds.

“Jupiter is talking to us in a way only gas-giant worlds can,” University of Iowa scientist and Waves researcher Bill Kurth explained in a statement. “Waves detected the signature emissions of the energetic particles that generate the massive auroras that encircle Jupiter's north pole. These emissions are the strongest in the solar system. Now we are going to try to figure out where the electrons that are generating them come from.”

Juno’s close August 27 run past Jupiter was the first time the spacecraft flew by the planet with all of its instruments on (Juno was launched in 2011 and spent five years traveling to the gas giant). Hopefully we’ll be hearing a lot more from Jupiter as Juno continues its journey. The spacecraft is set to orbit the planet 35 more times before its mission ends in February of 2018.