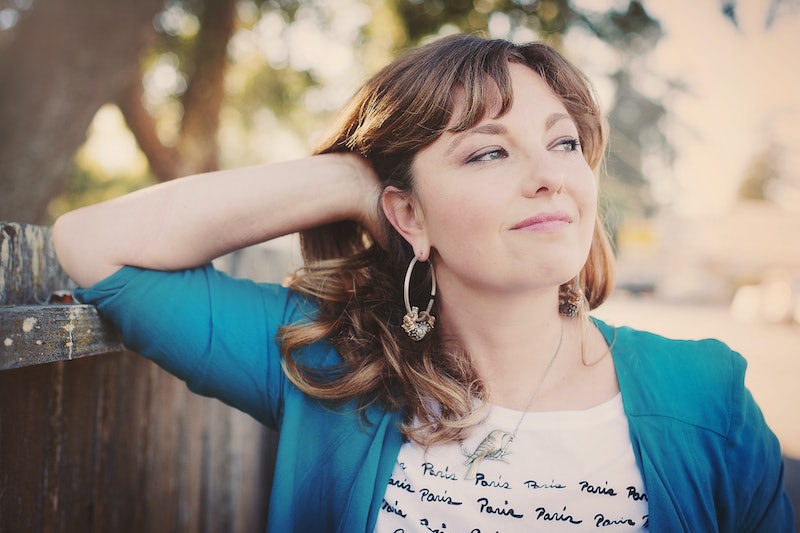 Several nights ago, I nervously hit “enter” and sent a truncated, barebones version of my story about having my pussy grabbed as a four-year-old to my entire friends list. My post was one of a flood of responses to Kelly Oxford’s Twitter post asking women around the world to share the first time — not the worst time, but simply the first — we’d been sexually assaulted. Oxford was herself responding to the recently released tape of Donald Trump telling Billy Bush "when you’re a star, they let you do it” and "Grab ’em by the pussy. You can do anything." It was first reported by many media outlets as “lewd speech” and was now being discussed for what it truly is: a powerful, wealthy man’s casual admission to sexual assault on a regular basis.

Since Oxford’s initial post on Friday, there have been millions of responses. Mine was a little drop in the bucket of widespread sexual abuse, rape culture, and the trauma of little girls.

As a writer, I’ve shared a lot of things in the wide, scary world of internetland. I’ve talked about being arrested, having sex, being a new mom, my period. But this moment had me on the edge of apoplexy. I felt physically nauseated, sweaty, and beneath it all, the deep, pulsing stoneheart of shame. Shame for an act that I hadn’t consented to, didn’t understand while it was happening, and certainly hadn’t asked for.

When I was four years old, I wanted a pair of roller skates. My family wasn’t well off, and a brand new pair of roller skates was about as likely as a Shetland pony. So we did what we always did: we went to the thrift store and hoped to luck out and find a pair that fit, or something close enough.

The skates were white, or at least, they had been at one point. No logos, pink glitter, or cartoon characters. Too big. I remember the sinking feeling of realizing they were too big, even though a tiny glimmer of hope remained in my little heart of hearts. Maybe if I could tie them tighter. Maybe my daddy could make them fit, with his wise knowing, his capable father’s touch.

The man found me as I was trying to tie them, my tiny hands fumbling with the laces. I was too young to know how to tie my shoes. He offered to help me, running his hands up my scrawny legs, past the scabbed knees, to my crotch. He kept saying, “Have you seen the ones that go all the way up, I mean all the way up?” I was confused. I’d never seen roller skates like that. I didn’t feel okay, and I didn’t know how to get away from him. He was touching me in a place no one ever touched me, with his big hands. I was afraid it might hurt if I pulled away.

I didn’t decide not to cry out, I simply couldn’t move.

Later, my dad asked me why I hadn’t cried for help. He was in the store with me. He would have come helped right away, if I’d called for him. I think by “helped,” what he meant was, “beat the fucking crap out of that guy.” But I was simply frozen. I didn’t decide not to cry out, I simply couldn’t move.

My dad asked me that same question when I was eleven and some guy stuck his penis through the chain-link fence that I was climbing through and wiggled it at me. I was trying to squeeze between the fence and a wall, the way kids do, thinking it was a better way to get from here to there than using the gate to go around. My father was a hundred yards away, playing tennis with my older brother.

Again, I couldn’t cry out. I couldn’t breathe. I was terrified and hot, my heart jumping out of my chest, my voice gone.

By the time that happened, at eleven, I’d already had two strange men expose themselves and jack off in front of me in public places, once at the library and once parked in a car next to my best friend’s house while we played outside. My friend, two years younger than me, was terrified. When she started to cry, I told her to calm down, that it was going to be okay. I felt strangely calm inside, a nine-year-old with a core of cold solidity inside while the rest of me floated outside of my body, looking at it all from above.

I don’t think I ever told my dad about that incident, actually. I already knew there wasn’t anything he could do. And, weirdly, I wanted to protect him. From the pain of his futile rage, the love that tears you up inside.

Now I’m a mother of a little baby girl, the most precious being I’ve ever laid eyes upon. Listening to Trump’s apology-that-wasn’t on Saturday, I felt the tingles of that futile, desperate love, the desire to keep my dear one safe and the deadening knowledge that I can’t, not really. All I can do is hope she has better luck, right?

So I decide to do it—to tell my story, and see what happens. When I finally do work up the courage to hit “post,” I’m thinking of Brene Brown. She’s a fierce advocate of vulnerability.

“Vulnerability is the birthplace of love, belonging, joy, courage, empathy, and creativity,” Brown says in her book, Daring Greatly . “It is the source of hope, empathy, accountability, and authenticity. If we want greater clarity in our purpose or deeper and more meaningful spiritual lives, vulnerability is the path.”

I’m not sure if I’m seeking clarity or meaning when I send my pussy-grabbing story into cyberspace, feeling both the strange disassociation that comes from being pseudo-anonymous, just a little .jpg on someone’s cell phone screen, and also terrifyingly expositional and personal. I know that I don’t believe accountability is possible — the men that did these things are long gone, their faces just blurs in my memory, though other details remain: the man who stuck his cock through the fence was wearing a yellow jacket, the man by my best friend’s house was sitting in a burgundy car, the roller skates were scuffed and more gray than white, and so was the floor.

In posting my story, in my little heart of hearts, I’m yearning for a different level of accountability. My story is part of a rising tide of women who will not allow a man who wantonly admits to sexually assaulting women, and then offers a paltry apology dismissing the incident as a “distraction from the important issues,” to become President of the United States.

One of my friends, a fierce lover of her four legged friends and social justice activist, posts in response that she’d been gang raped at six by a group in her neighborhood.

Another friend, a dancer, was sexually assaulted four times in between 11 and 14, twice by family members.

Another friend, an advocate for women’s health and a nurse, was date raped at 15.

Another friend was raped anally at 13.

I had my first kiss at 13, in the locker room. My boyfriend was actually quite shy about it, which I didn’t expect, because in other ways he was so confident and brash. He was the captain of the hockey team, two years older than me, and we connected over the geeky fantasy and sci-fi books we both liked to read.

In his pseudo-apology, Trump dismissed the incident as "locker room talk," a version of events that his supporters and conservative media pundits are trying to gaslight us all with. When the nausea arises in my stomach, reading the posts that followed mine from my friends, one, and then another, and then another, as well as the rest of the media fallout, I bring back my own locker room memory into my mind as a healing balm, the softness of my boyfriend’s lips, his timid smile as he pulls away from me. I know that its #notallmen, of course. We all know that. That was never the point.

What’s hard to grapple with, to live with, is the intensity of this barrage of women’s stories being unwound from the silent places they’ve lived for so long. It feels even bigger than Trump and the POTUS, which it is, and that’s scary. A lot of folks have a hard time believing that, really taking it in — that this huge gaping wound, which lives in the psyches of so many of us, is bigger, is actually more important than one man, even a guy with tons of money who thinks that makes him eligible for one of the most powerful positions of leadership in the world. We want to focus on him, the lightning rod, about whether or not he should step down and which Republican has most recently censured him, about whether Bill or Hilary is really any better.

So the irony is that Trump himself is a distraction, at this point. What’s being unleashed now needs to be recognized as its own phenomenon — an entire generation of women who are not willing to be silent any longer, and aren’t pulling any punches. This tidal wave of outrage, pain, and trauma demands more than the downfall of one particular man.

That said, a great first step is taking down Donald Trump. I can’t imagine anything more poetically just than the final downfall of the Donald being the outrage of the women he has so flippantly dismissed, objectified, and harassed his entire life — not the work of one particular woman who dances in the same social circles of wealth and privilege that he does — but the rest of us, the women just like me.