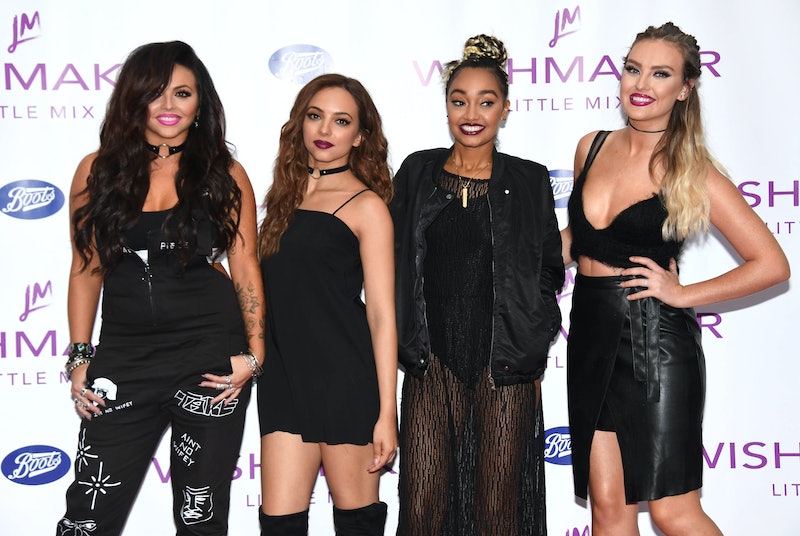 It has been a big week for Little Mix. First, alleged (and very shady) leaked lyrics from their upcoming single "Shoutout To My Ex" left fans believing this was Perrie's way of officially kissing out Zayn Malik. Now, the band has finally — finally — announced that Little Mix's new album, Glory Days, will be released on November 18. You guys, that's so soon and I literally cannot wait for it to happen.

It's been a little under a year since their last album, Get Weird, was released, but it feels like an absolute eternity since we have last heard from the best English girl group since the Spice Girls. Yeah, I said it, and I will defend that statement to the bitter end; it's a statement further reaffirmed not only by their incredible history of hit singles that have reeled us in time and time again, but also by the buzz of what kind of music we can expect from Glory Days.

It appears that "Shoutout To My Ex" will be the lead single off Glory Days, but, interestingly, Little Mix is making their fourth studio album available for pre-order before we get to actually the song. Fans will be able to pre-order Glory Days on Friday, October 14, from the group's website and, if you're a real Little Mix ride or die, then you'll have to keep an eye out for clips of their performance of "Shoutout To My Ex" on The X-Factor's October 16 episode.

I don't know which I'm more excited for: Glory Days or the official version of "Shoutout To My Ex" to finally drop so I can confirm whether or not those leaked lyrics were legit. One thing is for certain: Glory Days is going to be on literal repeat during the holiday season, and I will have zero regrets.