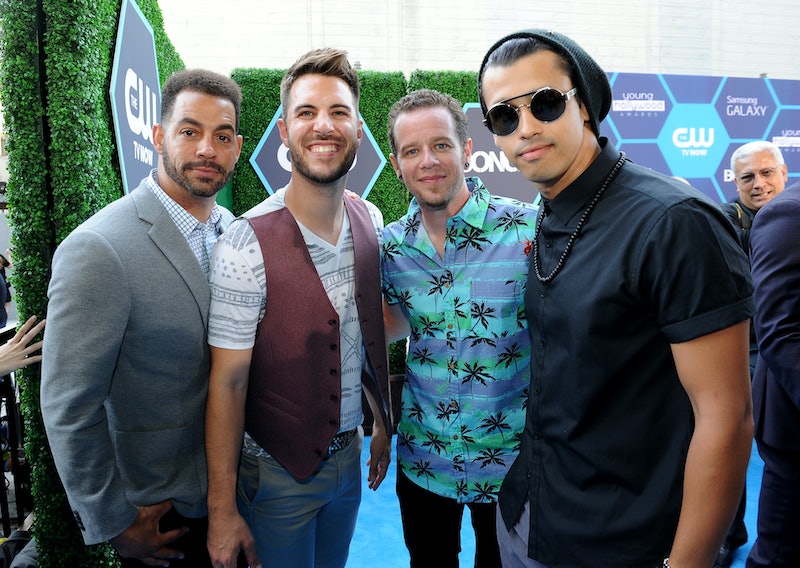 Hey, O-Townies? All of your liquid dreams are about to come true— Ack, wait. Not those liquid dreams. Yikes, I really set myself up, didn’t I? Sorry. Let me give this another shot: If you want it all or nothing at all, get ready to have it all (and by “it all” I mean “a new O-Town CD”). As Us Weekly reports, a fourth O-Town album is underway. And it is all thanks to the O-Townies.

Back in September, the '00s boy band that inspired at least one lower back tattoo pulled a TLC and launched a Kickstarter to finance a new album, letting their fan base know that they want to do things on their own terms. “This time we're going to do it better, smarter, and we'll allocate funds where we've proven they will be most effective,” the Making the Band alumni wrote on the Kickstarter page. “We can only hope our fans will be as supportive as they always have been!”

Their fans did not leave the group here with nothing at all: O-Town exceeded their goal of $47,500 in only seven hours. And now, Jacob Underwood, Dan Miller, Erik-Michael Estrada, and Dan Miller are raring to make some fresh tunes. (Sadly, it looks like ex-member Ashley Parker Angel won’t be joining the band in the studio.)

Here’s what Underwood told Us Weekly in a statement:

"We’re ready to put out new music, and the fans have made it known they’re ready for it too. For the first time in our musical careers we’re faced with no label or funding to help us deliver."

This would be the quartet's first studio album since 2014’s Lines & Circles. According to Us Weekly, O-Town’s fourth album is slated to drop sometime in 2017. How morpherotic.