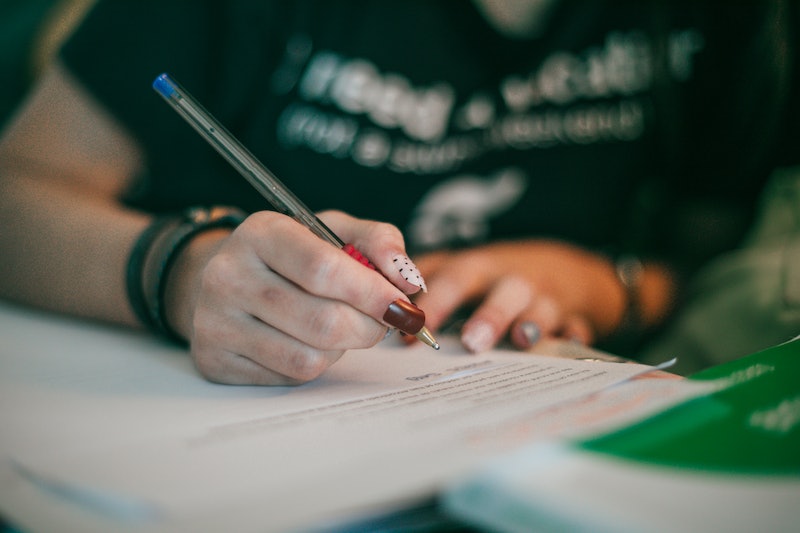 I truly don't understand how people were able to travel before Google Maps became a thing. I mean, I know that maps existed, but I'm still shocked that humans didn't just stay at home or in a four-block radius of their house. Technology has made so many things easier for people that we often forget what it was like before it came into our lives. That's why a Reddit thread that poses the question "What do you miss from the pre-internet era?" is so interesting.

When people like my family members immigrated from Russia to America before the '90s, their only form of communication would be letters and phones. And since international calls were expensive — let's get real — primarily letters. Now, I can go on my phone and look up my friend from childhood, and see what she is up to instantaneously. I learned that she got married and has a 3-year-old son. It took me five minutes to get that information. Way back when, that type of insight would cost a pretty penny or would take months to get to me. We often forget how great it is to be living in the post-internet era.

Obviously, you cannot have progress without a little nostalgia. Gone are the days you can leave this earth with no trace. Your every move is recorded and compiled into data. You think that deleting a tweet means it's gone forever? Nope! In fact, some newly famous people are having to delete Tweets from their timelines all the time. So what are the other things that people miss about the pre-internet age besides privacy?

1. Not Having Video Game Walk-Throughs

If you ever got stuck in the ice cave during a game of Pokémon Gold, you would just have to play and play and play until you got through it. Or have your friend play it for you.

Now you can just look up walk-through videos by people on YouTube and get through it in seconds. Kinda takes the fun away from it, doesn't it?

You can't avoid your friends, or anyone else for that matter. Every step you take is being tracked by social media that is easily accessible. If you want to avoid someone, you might have to go off the grid.

You had to sign up for classes in person, actually walk inside of a library in person, and create citation cards for research.

Everything was done physically. Now you have to triple check that your online source is legitimate and not just some crackpot website.

If you wanted to see the latest music video you had to tune in to MTV. Otherwise you just had to wait around until it came one later. You also had to tape it!

Streaming wasn't around at all. You and your family had to go to your local Blockbuster and figure out if you were going to watch your favorite movie or the movie your parents wanted to see.

To be fair, it was almost always going to be your parents' choice.

6. Making Up Bullsh*t And Getting Away With It

You could potentially be the smartest person in every room because you could just make up things. People had no instantaneous way of proving you wrong. It's not like everyone carries an encyclopedia with them at all times.

I miss letters. I still have a few friends that write to me, and I really love that. Unfortunately, the art of physically writing something is diminishing.

Soon the only people that will require you to write are those looking for your signature on legal documents. Maybe that will be replaced with finger prints.

8. Waiting A Week For The Next Episode

If you wanted to know what was going to happen on your favorite show, you had to tune in the night it premiered. You didn't want to be the only one left out of the conversation come Monday morning. Now people are more likely to watch something a few days later or on their own schedule. Binge watching is also really easy.

If I'm away from my phone for an extended period of time I get serious anxiety. I don't even feel that way when I don't have my wallet.

If I don't have my phone, what will I check every three second while I wait for my friend to show up to dinner?

Everything is automated now. You barely talk to a representative unless you pressed 50 buttons to get to them. It took me a while to learn that pressing 0 will bypass that for most calls.

People don't call each other anymore. It's all about the text game. I would love to speak with someone for a little bit, but everyone would much rather text me emojis.

Before the internet, we didn't send 50 confirmations about events. You just told your friend to meet you somewhere at a certain time and that was it. From there you would decide what you wanted to do. You weren't in constant contact with everyone around you.

It doesn't matter if you liked CDs, tapes, or vinyl records — physical music was always awesome.

Popping in a fresh CD or taking out a record and placing a needle on it... amazing. Now we just click and listen. The experience isn't as intimate as it was before.

14. Looking Into Another Person's Face

Everyone's noses are in their phones these days. Post-internet means that everyone is busy ready and absorbing information instead of looking at one another. Just look around you next time you are in a subway or a restaurant. Almost everyone is on their cellular device.