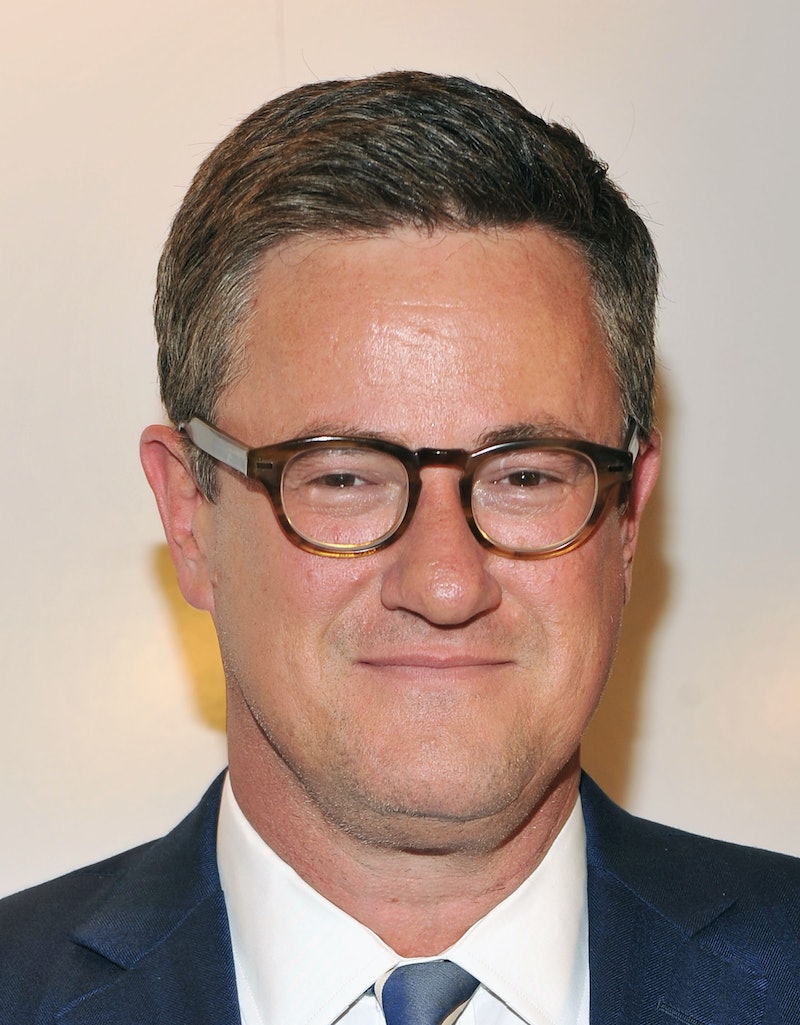 Morning political talk show host Joe Scarborough voiced a dangerous misunderstanding of sexual assault on Thursday when, regarding the women coming forward and accusing Donald Trump of improper sexual conduct, he said, “If this had happened to me 30 years ago, I would say, ‘This would be a really good time for me to come forward.’” Scarborough's comments prove he doesn't understand anything about victims of sexual assault. Moreover, Scarborough fundamentally misunderstands the cultural, social, and psychological toll that one experiences when deciding to report sexual assault.

The political commentator and former Republican congressman was wondering aloud along with his guests at the possibility that the wave of sexual assault accusations against Trump were the result of an “opposition research drop” by the Clinton campaign. “I think it's good to be skeptical when you have stories that are 30 years old that come out days before an election.”

For a moment, let's leave aside how unhelpful and even hurtful Scarborough’s comments might be to the women who have come forward, or how destructive and undermining his words might be to other women (whether victimized by Trump or someone else) who are struggling with their own stories of assault and thinking about coming forward. And sure, let's also set aside the infuriating fact that a panel of white men were chatting about when sexual assault victims should and shouldn't come forward with their stories. If we forget all of these clearly infuriating things from Scarborough's panel, it remains clear that he, like many men, continues to blatantly disrespect women by failing to even try to understand their experiences with sexual assault.

Fortunately, Scarborough was helped a little by Bloomberg Politics co-managing editor, Mark Halperin, who tried to push back on the idea that these stories were appearing as the result of opposition research by the Clinton campaign. “I think The [New York] Times makes pretty clear, as you just suggested, that a lot of the women who have come forward now are coming forward in reaction to what he said to Anderson Cooper,” Halperin said, referring to the second presidential debate in which Trump categorically denied having ever engaged in sexual abuse.

Indeed, several of the articles surfacing in recent days about women’s stomach-churning experiences with the GOP nominee refer to them having visceral, emotional reactions to the candidate’s denial of any wrongdoing. “I wanted to punch the screen,” said Jessica Leeds, who alleged that Trump molested her on an airplane in the early ’80s.

In The Times article, Leeds discussed the reasons she didn’t originally report the assault, citing the cultural norms of the time, though by no means using it to excuse his behavior. “We accepted it for years,” Leeds said to The Times. “We were taught it was our fault.”

This gets into the social and psychological obstacles that can affect victims of sexual assault which might prevent them from reporting, including PTSD, depression, or simply the fear of not being believed or taken seriously (an all-too-common occurrence that I saw up close during my time at Florida State University).

In the most favorable light, Scarborough seems to be wondering — wishing, almost — that these accusations had come out earlier, at a time when Trump could still be replaced atop the Republican ticket (or never selected at all). That he can’t seem to understand that there’s more to coming forward than simple political opportunism paints him as at best a cynic and at worst as monstrous as the Donald himself.