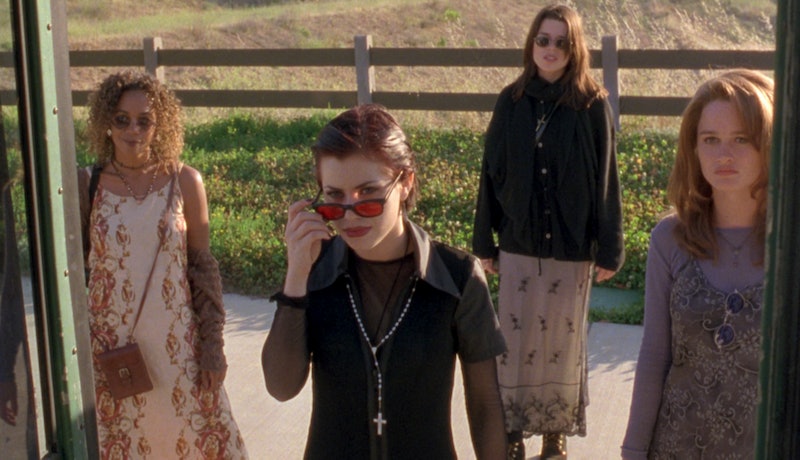 It’s the most wickedful time of the year. Now that the great ’n’ ghoulish month of October has arrived, you know what that means, right? It's time to make the pumpkin donuts. Er, wait. That means it is time to watch some witch movies. And not just any witch movies, but witch movies from the '90s.

Have fun pushing the final scene of the movie out of your mind while you try to fall asleep.

Who is up for a game of Light As a Feather, Stiff As a Board?

Kathleen Turner as Claudia is nothing short of witch-tastic.

Keep your family close you and your moonstone closer.

I don’t know your story, but the film adaptation of Roald Dahl’s classic novel had me at “Angelica Huston as the Grand High Witch.”

The movie version of Arthur Miller’s play isn’t exactly light fare, but it is dang good.

And yes, that is Ryan Reynolds in the made-for-TV movie/series pilot.

Raise your hand if you still want to go to Halloweentown. (If you aren’t raising your hand, you must be more of a bonehead than Benny the skeleton cab driver.)

How perfect is this movie? On a scale of one to ten, I give it a Winifred-Sanderson-saying-the-word-dude.