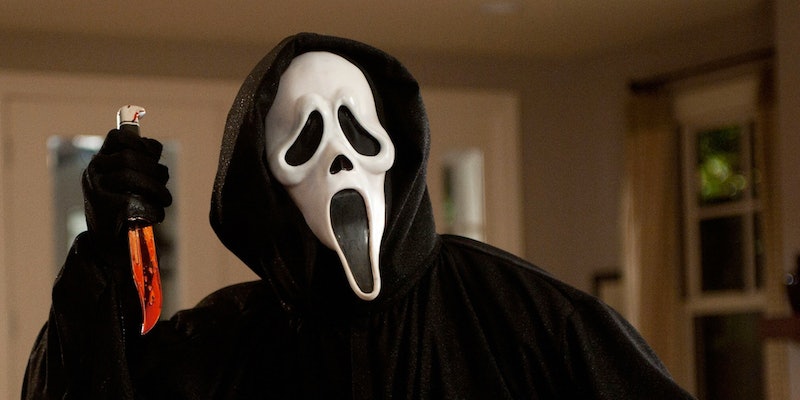 If you grew up in the '90s, odds are you probably have a soft spot for films produced in that decade. You likely consider Forrest Gump and Titanic to be the finest dramas ever produced, Clueless and Tommy Boy to be the best comedies, and Pretty Woman and 10 Things I Hate About You the most perfect examples of romance. So naturally, most of your favorite horror movies are going to be '90s films. But where do classic '90s scary movies rank when pitted against one another?

Even if I were to take nostalgia out of the equation, the '90s still have some really good horror flicks. Although the latter half of the decade spawned a lot of teen slasher Scream clones of varying quality, there were some truly original scary movies that came out of the decade as well. Some of these films changed the horror genre for a time thanks to their success, and others even drew attention at the Oscars, giving the normally scoffed at genre a new level of respect. So if you're looking for some quality nostalgia this Halloween but aren't sure where to start, take a look at this ranking of 13 classic '90s horror movies.

This movie tries to be Scream and never never quite reaches what it's aiming for, but the added twist of a killer murdering via actual urban legends it pretty fun.

What if your teachers were aliens? That's the question this campy cult favorite asks.

11. I Know What You Did Last Summer

Probably the most memorable of the Scream knockoffs due mainly to its cast of young '90s stars.

Dracula's hair notwithstanding, this is a superb telling of the classic vampire story.

Rather than do the safe thing and make another Freddy Krueger sequel, director Wes Craven changed up the formula with this meta psychological thriller.

This Stephen King tale won an Oscar for Kathy Bates as the terrifying Annie Wilkes.

You know how pretty much everyone you know is afraid of clowns? This is why.

Probably the most-quoted horror movie of the decade, it's also just a fantastic film.

The movie sparked the found footage horror gold rush of the early 2000s, which some fans weren't crazy about, but the original still holds up as a terrifying and realistic film.

When you think of '90s horror, this is probably the first movie that pops into your head. The sarcastic, meta tone that Craven experimented with in New Nightmare was perfected in this movie, which was — and still is — an absolute phenomenon.

1. The Silence Of The Lambs

As good as Scream is, it just can't stack up against this film — the only horror movie in history to win the Academy Award for Best Picture, and just the third film to ever win the "big five" Oscars: Best Picture, Best Director, Best Actor, Best Actress, and Best Adapted Screenplay.

Not every horror movie released in the '90s was a winner, but they all have their own appeal and are worth another look.