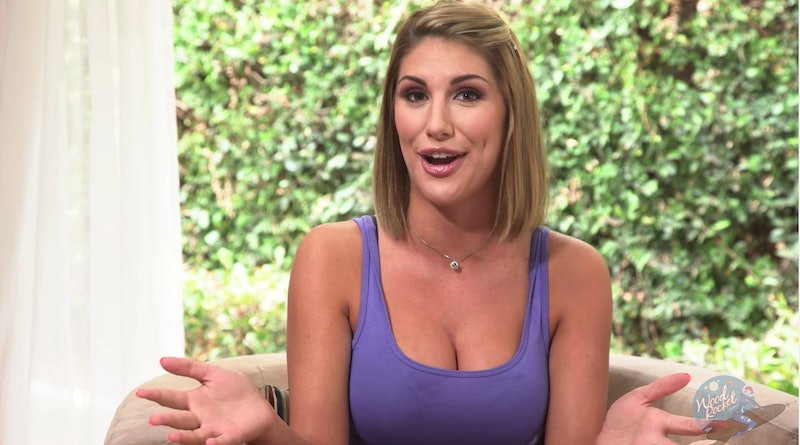 I'm embarrassed to admit it, but as a teen I was a mega fan girl of a few musicians who shall remain nameless. I once waited hours outside of a tour bus in the snow to meet them, and when I did, went completely speechless and asked them to sign my chest (not my boobs) because I was too shy to go that far. Although I thought I was sexually obsessed with these dudes, when put on the spot, it turns out I just really loved their music and didn't want to strip down for strangers.

Cindy Starfall's admirer once sent a box of pears to her house in the hopes she'd go out on a date with him. Needless to say, she did not eat the fruit.

One of the more unique requests, Nickey Huntsman received a dick pic on Instagram by a fan, who asked if she would chop off his penis for a cool $1,000.

After emailing her every day and proclaiming that they were meant to be together, August Ames' super fan started sending her clothing and kitchen appliances because he was said that he was getting ready to move in with her.

One of Kylie Kalvetti's oddest fan emails started out warning her of her impending demise, but then did a complete 180 and asked for an X-rated pic.