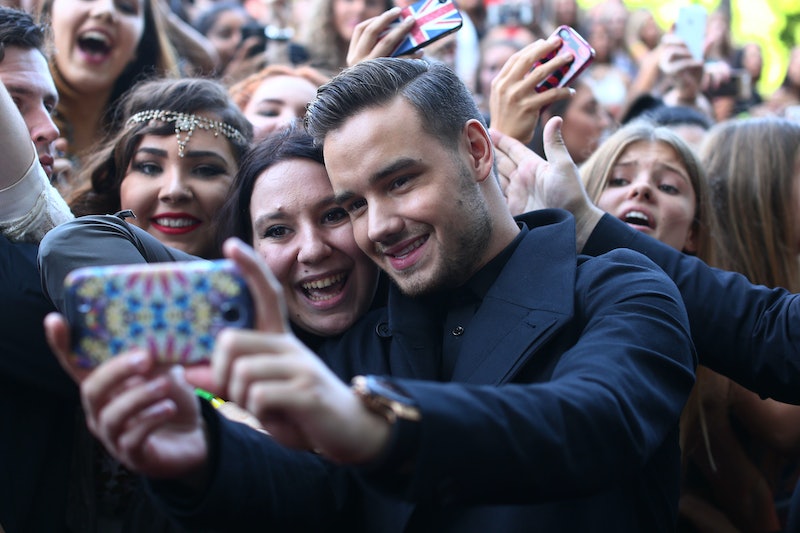 A lot of people are quick to dismiss fangirls as preteens with obsessive personalities, incredible lung capacities, and too much time on their hands. But, in reality, fangirls are much more than that. They're simply very enthusiastic female fans who worship pop culture — movies, television shows, books or music. Urban Dictionary defines fangirl as "a rabid breed of human female who is obsessed with either a fictional character or an actor" — intense, yes, but not exactly crazy. And yet, the fangirl label is often made fun of and disrespected. There are so many things people get wrong about fangirls, it would take an army of Beliebers, Arianators and Lovatics to eradicate all the misconceptions.

Though fangirls have existed for generations — Beatlemania ring a bell? — recently the term has gained fame thanks to social media sites like Tumblr and Twitter, which make it easy for fandoms to come together. And, while some people, like myself, adopt the name with pride, others use it as a derogatory term to dismiss fandoms altogether. All in all, there's a lot of misunderstandings. So, to help clear them up, here are 11 things people get wrong about fangirls.

Fangirls come in all sizes, races, and, yes, ages. You're never too old to ship Everlark (Katniss and Peeta from The Hunger Games, in case you didn't know) or too young to faint at the sight of George Clooney.

2. We Don't Want Your Pants

Ok, so, I get that some (typically young) fans can get a bit aggressive when they see a celebrity they like, but not all fangirls want to just start tearing at some poor guy's clothes. A majority of fangirls respect the celebrities they worship. It's not quite the mob scene some might expect.

3. It's More Than Just The Physical

One look at Tumblr, and it's clear the thirst among fangirls is real. That said, a lot of fangirls could care less about their idols' looks, something made obvious by the fact that a large part of the fangirl community loves, you know, fictional characters from books. (It's also worth noting that even though some of us might talk about wanting to marry Chris Hemsworth, we don't actually want to break up his marriage. This is not Fatal Attraction.)

Just because we care about fictional characters doesn't mean we can't tell the difference between fantasy and reality. It just means we have access to our emotions.

Fanfiction, and the fangirls who write it, get a bad name sometimes (thanks, Fifty Shades of Grey), but there's actually a lot of talented writers out there creating fanfiction. And, no, it's not all erotica.

6. We Won't Hurt You If You Don't Join Our Fandom

We'll just think a bit less of you.

Fangirls is really just an all-encompassing term for very enthusiastic fans, but we accept fanboys, too, and fangirls love all other superfans, regardless of gender.

OK, maybe you won't really need that One Direction bobblehead 10 years from now, but is it throwing money away if it makes you happy? Just because fangirls might splurge differently than you, that doesn't mean that what they buy isn't worth it to them.

Never tell a fangirl "it's just a TV show" when her (or his) OTP breaks up. We take fandom seriously, and it's not cool to belittle it. And, honestly, whenever someone cares that much about something, there's probably a reason for it. Instead of dismissing a fangirl for feeling strongly about something you might think is frivolous, maybe try to understand the reason behind it instead.

I get that fangirls can seem intimidating, and we do have a reputation of being a tad... overexcited, but fangirling is really just a form of love.

Fangirls have a lot of power. Who do you think lobbied for a Firefly movie? Why is Pretty Little Liars basically on top of the world right now? Why do people see James Franco's not-so-great movies? It's because of fangirls that a good portion of celebrities have careers right now. And, it's fangirls — and fanboys — who keep beloved television shows on air, movies in theaters, and musicians creating music. Like it or not, fangirls are a force to be reckoned with.

In short: Who run the world? FANGIRLS.