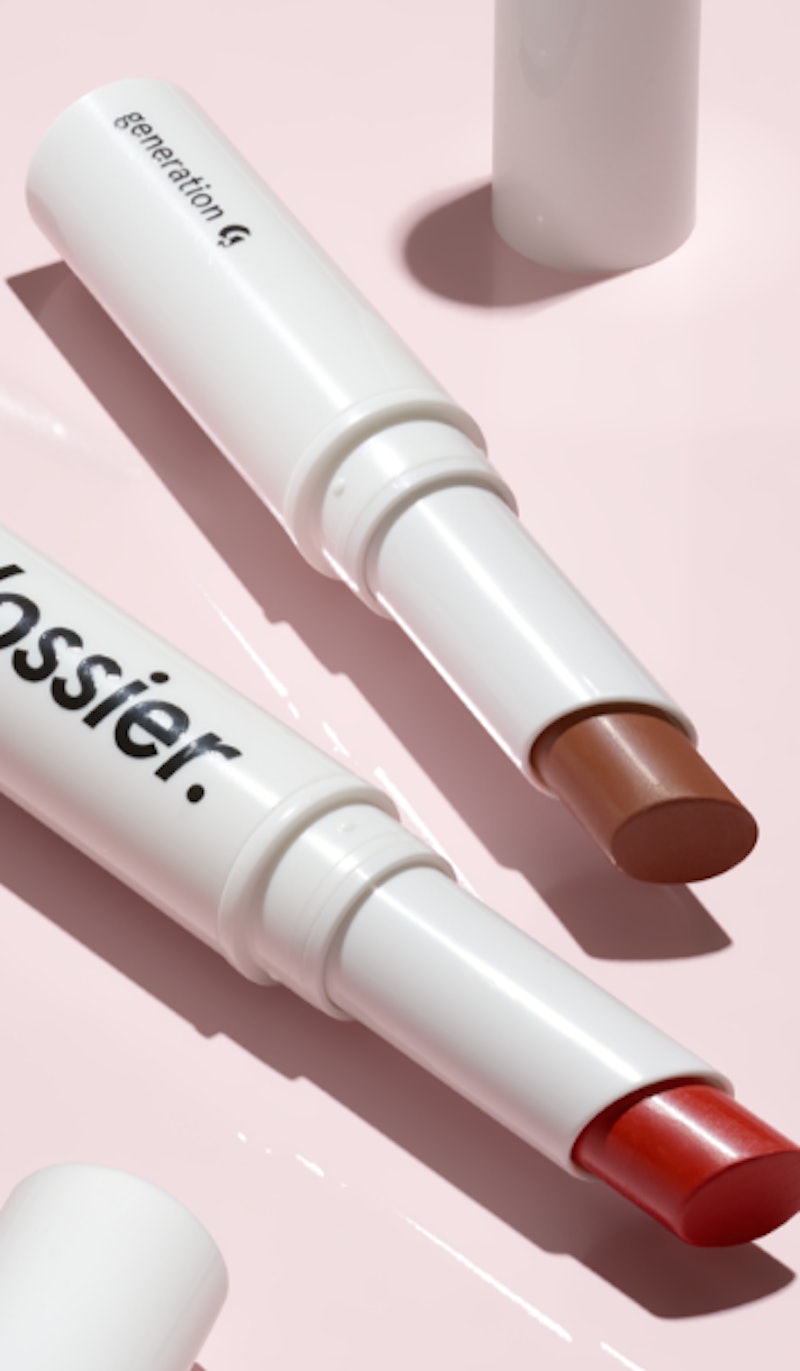 Some makeup brands are committed to being totally vegan, like Kat Von D, who is reformulating any non-vegan products in her collection to be vegan. Some brands offer a selection vegan products without being 100% vegan. Other brands are cruelty-free, nixing animal testing yet still using animal-derived ingredients, like carmine, in products. Glossier just launched two new Generation G lipsticks, upping the collection to six matte yet creamy, stain-like shades with the poppy x red Zip and the '90s brown Leo. The brand reformulated all of the Gen G lippies, making them even more moisturizing so that the pigment glides across the pout and wears more comfortably. All. Good. Things. But what about the Generation G vegan status? Are the Glossier Generation G lipsticks vegan?

Yes, they are! In an Instagram post promoting one of the Gen Gs, a fan asked if the lippies are vegan in the comments section. The Glossier social team responded, confirming that Generation Gs are vegan. The team also listed off other Glossier products, in both the skincare and makeup ranges, that are also vegan. Glossier has earned its rep for being minimalist but effective. It's good to know that some of their products have vegan status, as that delineation has become more and more important to customers.

You can look gorgeous and feel good and guilt-free when swiping your lips with a slick of Zip or Leo.

Here is the screenshot of the comments, where Glossier reveals which of its products are vegan. If you are committed to using makeup devoid of any animal involvement, Glossier has choices for you.

Here's another look at a Gen G IRL.

The Generation G lippies give lips life... so much life.

Several skincare products are vegan, while the Perfecting Skin Tint and Gen G lippies are the makeup offerings that you can use and feel great about.