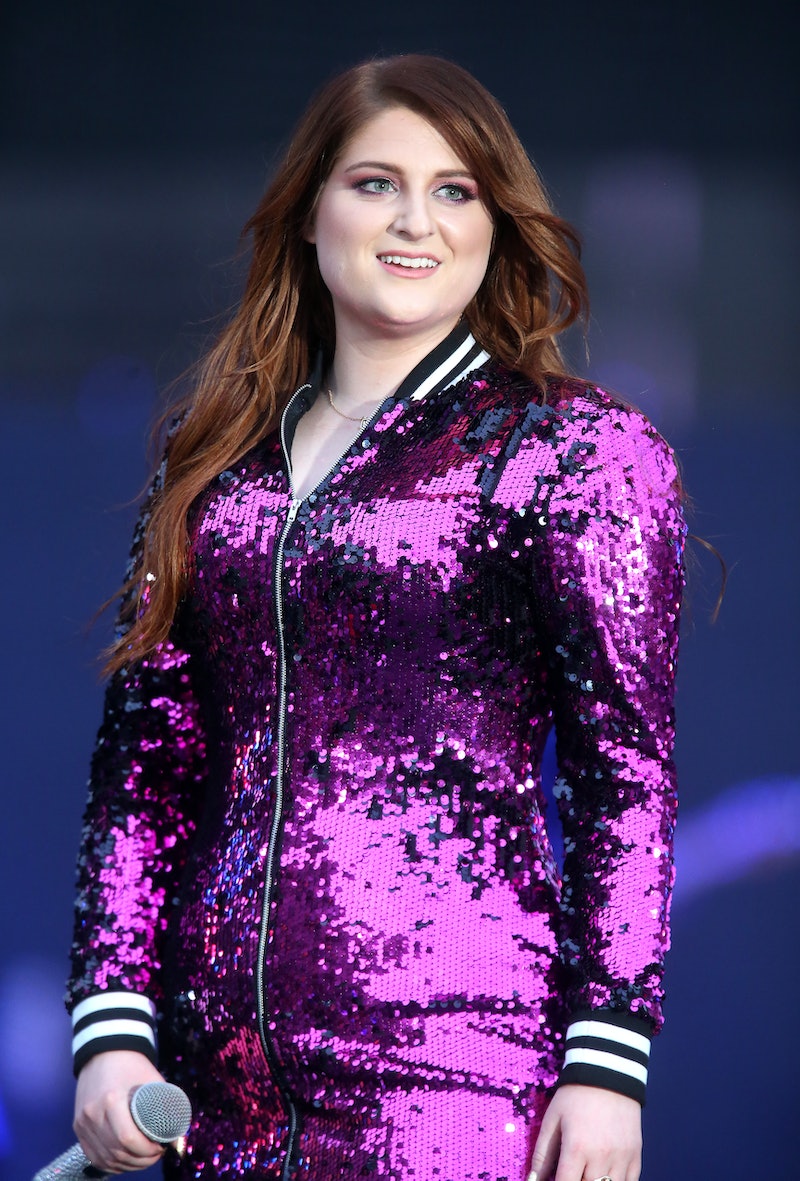 There have been rumors circulating for some time now, but it sure seemed with each passing day that Meghan Trainor and Daryl Sabara were definitely dating. But, seeing as the details are so scarce, let's try to figure out how Meghan Trainor and Daryl Sabara met. Other than the singer and the actor posting photos left and right on Instagram with one another, they've both been mum about their relationship. I mean, they have pretty much seemed to confirm they're dating, though, thanks to those photos, all the heart emojis in the captions, Trainor saying she "hearts" Sabara, and other evidence that has surfaced online.

For example, on Wednesday they were spotted holding hands at the Los Angeles International Airport before heading to Spain together. The singer even posted an Instagram of the two holding hands. Then, on Friday, Trainor shared a photo with the Spy Kids star captioned, "I [heart emoji] Madrid ..and this guy." Clearly, they are so dating, but how the heck did they get together in the first place?

At this time, I unfortunately can't give you an answer. They have seriously kept details about their relationship quiet, including how they met. Though, if I had to take a guess, I'd say a mutual friend introduced them. It always seems like people in Hollywood meet through someone they know, whether that be a friend or an acquaintance. Heck, Trainor and Sabara could have even met at some event. Or, you know, their meeting could've been something straight out of a movie and the duo may have had the best meet-cute ever. If that's the case, then I'd like to hear about it, stat.

However it happened, I'd say that their first meeting was an unforgettable one. Based on the photos both Trainor and Sabara have shared, they have a super strong connection. They are seriously beyond smitten with each other.

You know you really like someone and care about them deeply when you go on tour with them. That's right, Sabara spent time with Trainor during her Untouchable tour. As the "Me Too" Singer wrote on Instagram in September, "Thank you for helping me on tour everyday [sic] and for making me feel so special [heart emoji] #UntouchableTour." There are also photos of Sabara on tour with Trainor, not to mention reports that fans saw the two kissing on stage during her final show of the tour. Yeah, they seem to like each other just a little bit.

Maybe one day they'll both confirm they are a couple and explain how they started dating. Better yet, Trainor could even explain it in a song. Until then, expect more cute photos from Trainor and Sabara, because they just can't help themselves.

More like this
Hilary Duff's Husband Matthew Koma Has Her Name Tattooed On His Butt
By Jake Viswanath and Stephanie Downs
Zach Gilford Admits He Forgot Taylor Swift's Name When He Starred In Her Music Video
By Jake Viswanath
Everything To Know About The 2023 Grammy Awards
By Jake Viswanath
Twitter Can’t Believe The Madonna Biopic Is Scrapped & Fans Have A Solution
By Alyssa Lapid
Get Even More From Bustle — Sign Up For The Newsletter
From hair trends to relationship advice, our daily newsletter has everything you need to sound like a person who’s on TikTok, even if you aren’t.