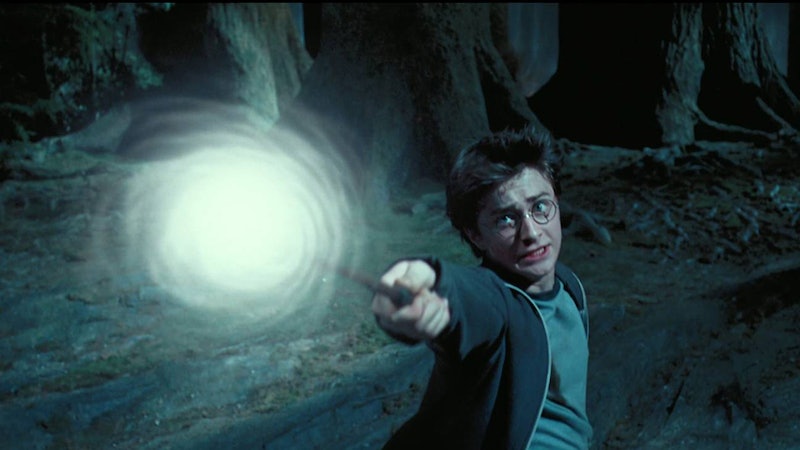 Every Potterhead knows about Harry Potter's problem with dementors, but a new fan theory might shed some light on just why Harry's pre-Patronus Charm interactions with the wraith-like Azkaban wardens were so dramatically troublesome.

Dementors feed on human happiness, leaving their victims with nothing but the worst memories of their lives. Some dementors employed in Azkaban were allowed to suck out their victims' souls in an act called the "Dementor's Kiss," but this was largely reserved for fugitives from the prison, such as Sirius Black and Barty Crouch, Jr.

Early on in Harry Potter and the Prisoner of Azkaban, dementors board the Hogwarts Express in search of Sirius Black. When they come close to Harry, he passes out, and wakes with a painful memory of a woman — later revealed to be his mother, Lily — screaming. The Boy Who Lived is the only person aboard the train to react in such a way, and a Boggart, when he encounters it later in the novel, takes the form of a dementor to terrorize him. Consequently, Harry becomes something of a laughingstock for being so afraid of the Azkaban guards.

Even if Harry's reaction to meeting a dementor is within the scope of normalcy, that he would retain the memory of his mother's death is quite unbelievable. After all, Harry was only 15 months old when James and Lily were murdered. According to a Redditor named Starzajo, "Lily's death wasn't Harry's worst memory." In fact, it wasn't his memory at all, but Voldemort's.

Here's how that could work. Harry, as we know, was a Horcrux. After Voldemort attempted to kill him in Godric's Hollow and was struck by his rebounded Killing Curse, a small part of the Dark Lord's soul lived on in Harry. That little bit of Voldemort not only grants Harry the ability to speak Parseltongue, but also causes him to pass out whenever Voldemort tries to enter his mind.

When the dementor met Harry, according to Starzajo's theory, it activated Voldemort's worst memory — the moment he was closest to death — through that little bit of soul. That memory just so happened to involve Lily's screams.

Starzajo asserts that Harry doesn't pass out because he's been confronted with his mother's death, but because Lily's "act of selfless love ... causes Voldemort unendurable pain whenever he experiences it." I must respectfully disagree, and say that Harry passes out because the dementor's feeding pattern has allowed Voldemort to flood his mind, not because of how the Dark Lord would react to reliving the memory.

What do you think? Did Harry really remember Lily's death, or is it just that piece of Voldemort's soul that could recall the events of Halloween 1981? Share your thoughts about Starzajo's Harry Potter fan theory with me on Twitter.