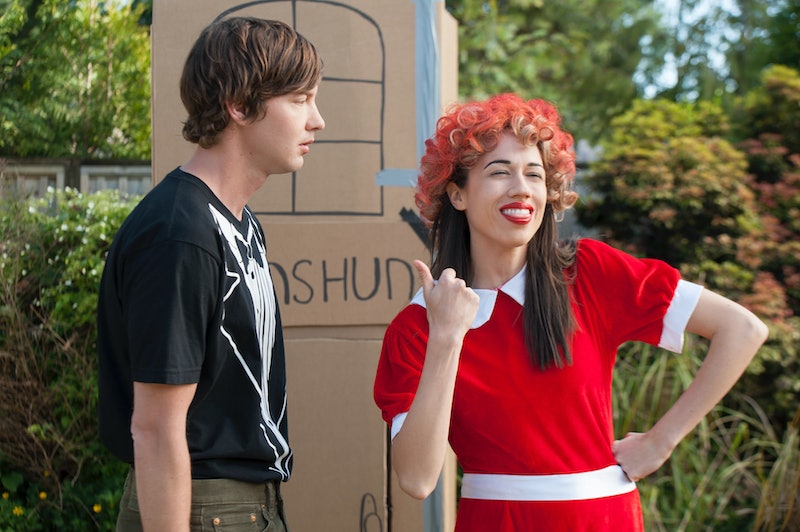 You know how, on The Munsters, the family outcast is its only normal member? The Netflix series Haters Back Off is a normcore version of that similar concept. The series fleshes out the world of popular Youtube character Miranda Sings. We're finally flipping the webcam around to see what Miranda's home life is like. Fortunately, the Haters Back Off cast is full of talented actors and comedians who make up a truly bizarre family.

Unlike the character today, Miranda not a full-fleshed Youtube sensation at the beginning of the series. Haters Back Off chronicles the fictional Miranda's crawl to fame, starting from the very beginning. The show was written by Ballinger, who created the character in 2008. If you're unfamiliar with Miranda, she's a homeschooled "professional musician" with confidence and enthusiasm for days but odd fashion choices, an arrogant bad attitude and not an ounce of talent. There are other aspects of Miranda's personality and well-defined world view, but maybe it's best to discover them for the first time on Netflix.

Other actors in the show include Chaz Lamar Shepherd from 7th Heaven, Harvey Guillen from Eye Candy, and Dylan Playfair from Some Assembly Required. However, as far as the main players go, here's a quick round-up of the cast of Haters Back Off.

You already know her as Miranda, she has appeared on everything from Comedians In Cars Getting Coffee to The Tonight Show as the character.

The Grinder actor plays Miranda's Uncle Jim, who she referenced often in the Youtube videos. You may recognize his voice too from Adventure Time and Camp Lazlo!

Reale plays the only "normal" one in Miranda's family, her younger sister Emily. She was previously seen on an episode of Blue Bloods.

Finally, the Stalker and Mistresses actor plays Patrick, who's crushing on Miranda and sells popsicles. He completes the Napoleon Dynamite-esque world that is Haters Back Off. Whether the new characters on Haters Back Off are played by your favorites, or those you have yet to discover, they create a cohesive and hilarious ensemble that truly helps to explain the origin of Miranda Sings.