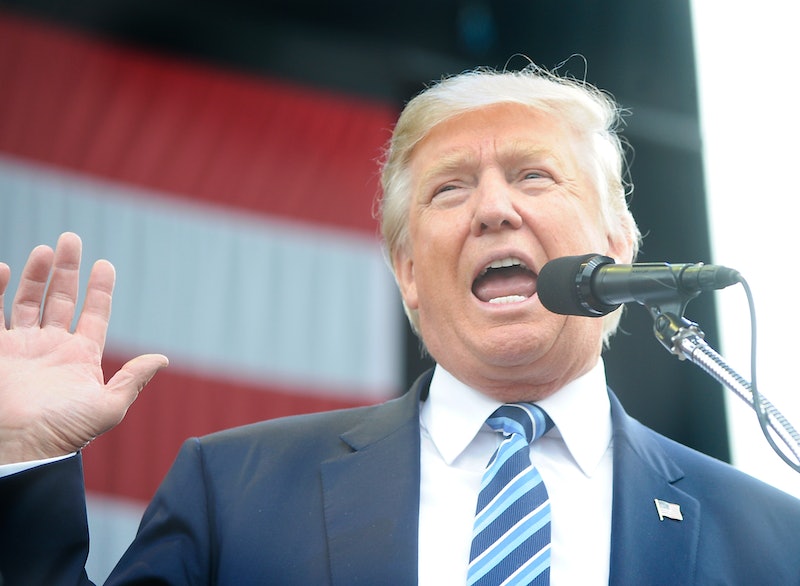 Over the course of the last week, a growing number of women have accused Donald Trump of sexually assaulting them at some point or another during his decades-long career in the public eye. Now, one of Trump’s accusers says she’s leaving the country due to the backlash she’s received from Trump supporters since coming forward. Mindy McGillivray had spent three nights in a hotel after going public with her story earlier in the week, and on Thursday, she told the Palm Beach Post that she no longer feels safe in her Palm Springs home.

“We feel the backlash of the Trump supporters. It scares us. It intimidates us. We are in fear of our lives,’’ McGillivray said. “I look out the window and there are cars just driving around the house and looking, slowing down right at the house. ... I don’t live in a gated community. This is dangerous. There could be people out there who want to hurt us.’’

In an interview published earlier in the week, McGillivray alleged that in 2003, Trump grabbed her butt without her consent while the two were backstage at a Ray Charles concert. This makes her just one of many women who’ve come forward in the last week to accuse Trump of sexual assault. Trump has denied all of these allegations, and referred to his accusers as “horrible, horrible liars.”

The fact that McGillivray feels she needs to flee the country to escape the wrath of Trump supporters is nothing short of appalling. It also undercuts one of the arguments Trump defenders have been making over the last couple of days: that if these women were really victimized by Trump, they should have, or would have, come forward with the allegations earlier.

In fact, there are a whole lot of reasons why many women don’t report their sexual assaults, or wait a while before reporting them. Fear of retaliation is a big one, and the fact that McGillivray was literally driven from her home after accusing Trump of assault is a textbook example of this.

Trump’s supporters might reply that she’s doing this for “the publicity,” whatever that means. But uprooting your entire life and moving to another country is an enormous, expensive undertaking that requires loads of logistical effort, time, and money. It also entails leaving your entire local support network behind, and the idea that somebody would voluntarily undergo all of this just for some vaguely-defined notion of “publicity” is absurd.

What’s not absurd is the notion that a rich and powerful celebrity who bragged about sexually assaulting women would, in fact, sexually assault women. That's not as hard to believe.

More like this
Watch Jacinda Arden’s Devastatingly Honest Resignation Speech
By Sam Ramsden
What The UK Blocking Scotland’s Gender Recognition Bill Means
By Sam Ramsden
Twitter Is Identifying With Sally Field & Jane Fonda’s Friendship In New Viral Video
By Jake Viswanath
Man Meets Politics: ‘Boy Meets World’ Star Ben Savage Is Running For Congress
By Jake Viswanath
Get Even More From Bustle — Sign Up For The Newsletter
From hair trends to relationship advice, our daily newsletter has everything you need to sound like a person who’s on TikTok, even if you aren’t.