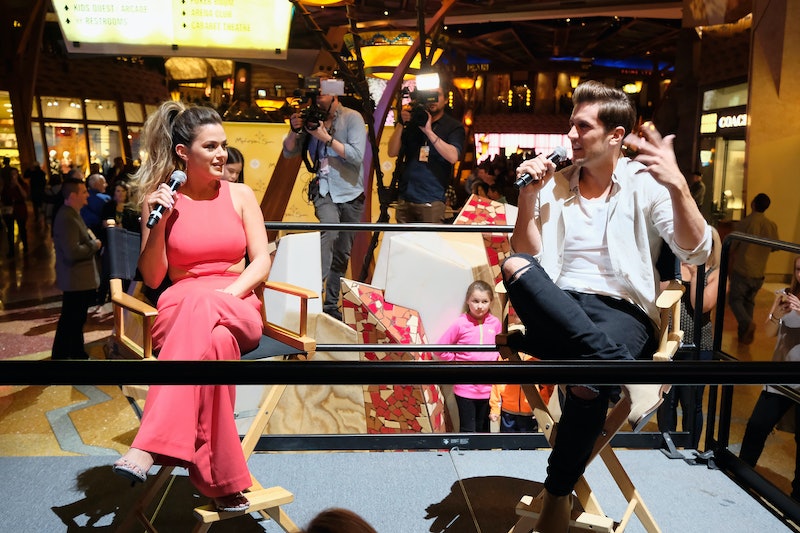 It's been two months since America saw Jordan Rodgers and JoJo Fletcher get engaged on The Bachelorette. But, in real life, the pair has been engaged for longer than that, since the show doesn't air in real time. That means fans are antsy to know how JoJo and Jordan's wedding planning is going. Fortunately, the couple recently gave an update on their marriage situation to reporters and fans during a Reality Check Q&A at the Mohegan Sun for its 20th anniversary celebration. "We talk about it all the time," JoJo said of the planning process. "We know the type of wedding that we want, but we haven't set a date. We're still trying to figure out where we're gonna do it."

Jordan joked that when the couple was in Las Vegas recently they "tried to go to the Little White Chapel, but it was too busy." JoJo was not as down with a Vegas wedding. "No, my mother would be so mad," she said. Family is really important to both of the reality stars, and their planning includes trying to figure out a place to wed where everyone can come. "We're going to plan a real [wedding], family, all that good stuff," Jordan said. "We don't want to leave them out."

Speaking of family, Jordan's mother is pretty excited about the impending ceremony. "His mom sends us these wedding planning books all the time," JoJo said. Jordan added, "We're in the early stages of figuring out what that's going to look like, where it's going to be."

As for when it's going to be, JoJo said, "We're talking about it, but there's no official date." Then she added, "Maybe sometime next year though!"

They have only been together a few months, so I don't blame them for not wanting to rush the wedding planning process. And, rest assured, when they do decide where and when and what it's going to be like, it's going to be a pretty amazing day for The Bachelorette pair. Now, if only they could share it with fans by recording it for TV...