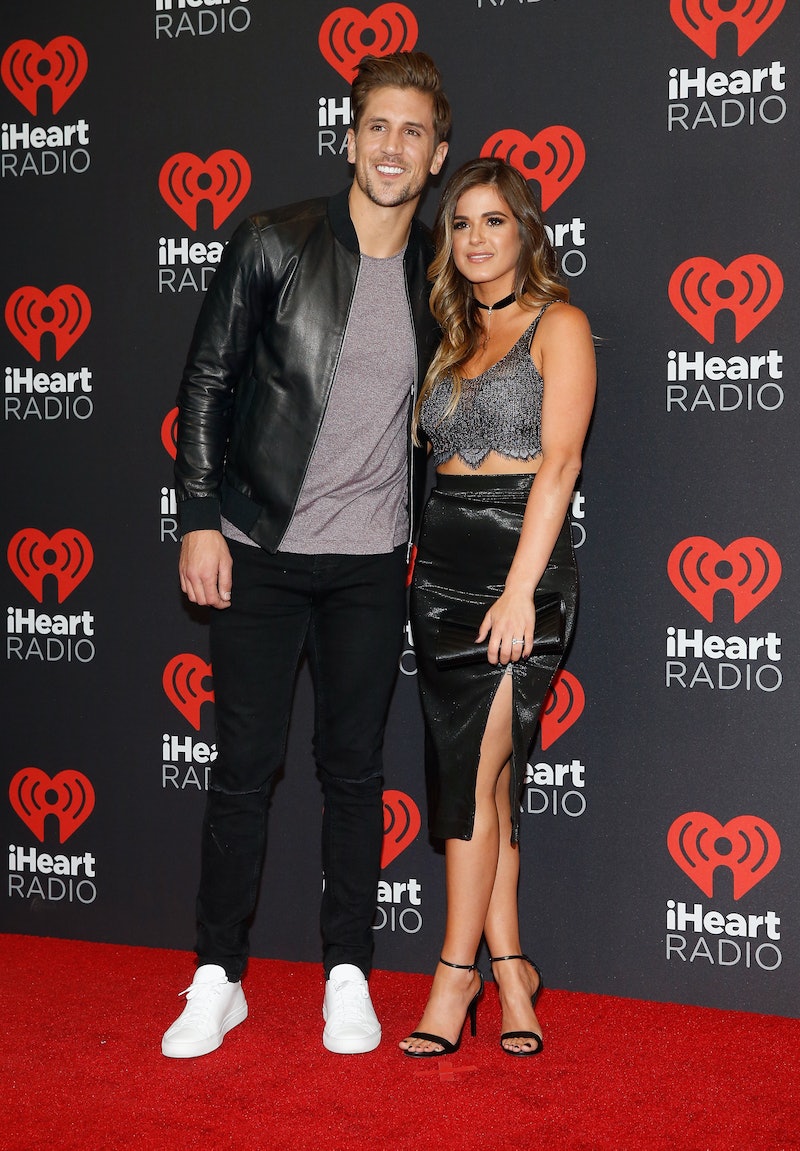 It seems that as soon as the Bachelor or Bachelorette cameras turn off, viewers forget about the winning couple until the next season starts and they’re run through again to make people remember another “great” love story. Well, Freeform and ABC, you succeeded, because all of this talk of Ben & Lauren: Happily Ever After — Bachelor Ben Higgins show with his soon-to-be-wife Lauren Bushnell — has me thinking about JoJo Fletcher, our last Bachelorette. What are JoJo and Jordan up to now after The Bachelorette ? The After The Final Rose special only aired this summer, so has their life changed that much?

To say that JoJo and Jordan’s courtship was obvious would be an understatement — I (and everyone else in America who was watching) knew that JoJo would pick the former football player to take home to Texas. Their chemistry was insane, and to be frank, JoJo just didn’t seem that into any of the other guys. Sure, she took Robbie to the finals with her, too, but he looked like a Ken doll and had a lot of girlfriend drama and I just never thought it was the right fit. That’s not to say that Jordan didn’t have girlfriend drama, either, but he and JoJo just always seemed like a better match.

So they left The Bachelorette together and, as they announced on After The Final Rose, were planning on moving in together in Texas. What else have JoJo and Jordan been up to since filming wrapped?

JoJo Is Working On Accessories

This Bachelorette has her own eyewear line with Diff Eyewear, and it seems pretty popular — JoJo keeps talking on Snapchat about how they have to keep restocking her line, so good for her! Everyone needs a nice pair of sunglasses.

Jordan Is On Television Again

Jordan may not play football anymore (and who wants to be in the shadow of his big brother Aaron Rodgers anyway?), but he can talk about it, and that’s precisely what he does now on the SEC Network: Commentates on college football, all the livelong day.

JoJo Is Mingling With Bachelor Buddies

The Bachelor/ette is the story of 24 breakups, really, but I prefer to think of it as the start of many friendships. JoJo and Becca have been buddies since they were on Ben’s season of The Bachelor together, and they’re still going strong.

Jordan Is Working Out

I mean, we’ve all seen images and video of Jordan shirtless, right? You don’t just get that body by sitting around — you have to work for it, and work Jordan does.

JoJo Is Decorating Their Home

On After The Final Rose, viewers learned that these two lovebirds were about to cohabitate, and it looks like JoJo is getting design inspiration for their abode from none other than Instagram. I’m a fan of this gallery wall look, too, JoJo.

Suffice it to say that JoJo and Jordan’s life is, well, pretty normal post­-Bachelorette. There’s no talk of wedding planning just yet (at least not on their social media), but, considering they just got engaged, I think it’s fine for JoJo and Jordan to wait a little bit before taking the plunge.