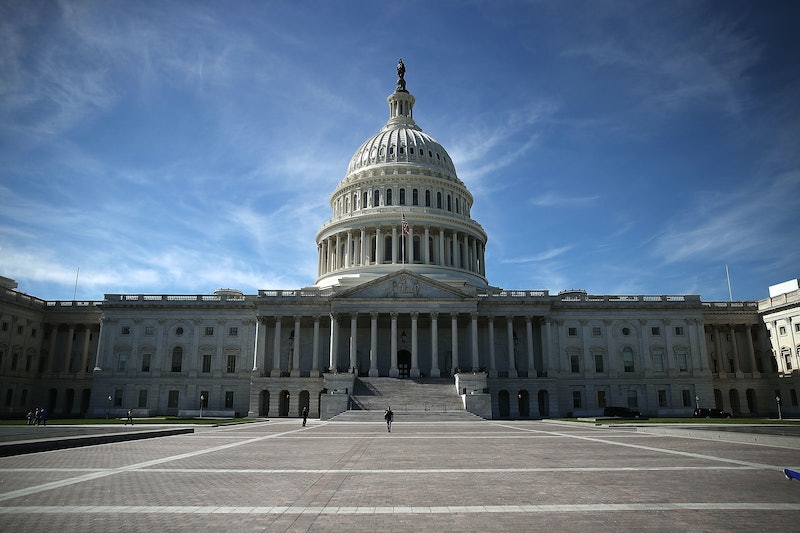 If you're a political junkie, or just a person who's concerned with the future leadership of the United States, then you probably already have Nov. 8 circled on your calendar. That's the day of the 2016 general election, when America will vote to decide between GOP nominee Donald Trump and Democratic nominee Hillary Clinton, picking the next president of the United States, and bringing a long campaign season to a close. But it's the electoral college that actually picks the president — so, who runs the electoral college?

The important thing to know about the electoral college as far as its accountability is concerned is that even though it acts as a buffer between the citizenry and direct democracy, preventing the presidency from being decided by popular vote, it is overwhelmingly dictated by the public's will. Only three times in American history has the winner of the popular vote not also won the electoral college, and it's only happened once in the modern era, when George W. Bush defeated Al Gore in 2000.

So in a certain sense, how the electoral college works is dictated by what the voters decide, state by state. But if you're curious about the nuts and bolts of it — who runs the electoral college, when and where they vote, and how — then you might be surprised to learn it's a pretty decentralized system.

Contrary to what you might naturally assume, given that the college is designed to fulfill an explicitly national purpose, the electors never actually all get together in the same place at the same time. Rather, as laid out in the Twelfth Amendment to the U.S. Constitution, they meet in their respective state capitals to cast their votes, and those votes are then presented to the President of the U.S. Senate — in other words, the currently serving vice president. Here's the relevant passage:

In short, you could easily say that the Constitution itself is what runs the electoral college, because it's the sole document that has ultimate authority over the process. There really isn't an overarching, national agency or governing body that oversees the whole thing, at least not until the vice president and the House and Senate get involved after the electors make their picks. And, as the National Archives and Records Administration notes, more than 99 percent of electors throughout American history have followed the will of their state's voters.

So, to recap: the American public votes on Nov. 8, and the winners of the respective states will take away a corresponding share of electors. Then, those electors will meet on the Monday following the second Wednesday of December (in this case Monday, Dec. 19) to cast their votes, which will then be presented to Vice President Joe Biden, operating in his capacity as President of the Senate. Biden will then open and count the votes before a joint session of Congress, and provided somebody claims an outright majority of at least 270, that candidate will claim the White House.

It may not always seem like the most straightforward or logical method, but it's gotten the country this far — and considering only a Constitutional amendment could possibly change it, make no mistake, you're stuck with it.