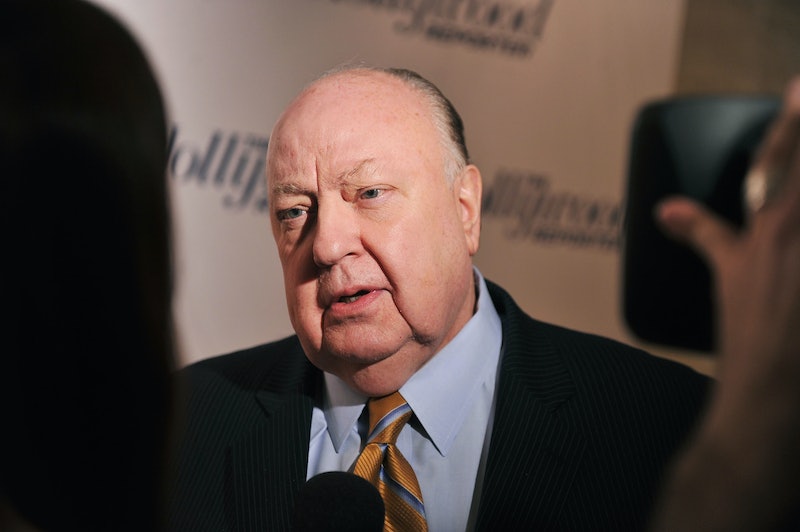 In an interview with Huffington Post published Monday, Fox News anchor Shep Smith came out, tacitly confirming he is gay. While there have been many rumors about Smith's sexuality for years — and the Huffington Post noted that he's been featured on Out magazine's Power 50 List — this interview marked the first time Smith acknowledged his sexual orientation on the record. Moreover, it was while defending Fox News' former-CEO, Roger Ailes.

When Huffington Post reporter Ryan Grim asked Smith about the allegations that Ailes used homophobic slurs — and specifically questioned if Ailes said such remarks around Smith — the Fox News anchor adamantly denied he faced any such discrimination or vitriol from Ailes for his orientation. “No, never. He treated me with respect, just respect,” Shep said. He added:

I wasn’t new in the business when I came here ― I’d been doing reporting for 12 years ― but I wasn’t old in it either, and he gave me every opportunity in the world and he never asked anything of me but that we get it right, try to get it right every day. It was a very warm and loving and comfortable place.

Smith also directly quashed any claims that Ailes had blocked attempts to come out of the closet, telling the Huffington Post, "That’s not true. He was as nice as he could be to me. I loved him like a father.” He added, "I trusted him with my career and with ― I trusted him and trusts were betrayed. People outside this company can’t know [how painful that betrayal was]. This place has its enemies, but inside, it was very personal, and very scarring and horrifying.”

Smith, who is 52, has been at Fox News since the network launched in 1996. Smith's personal reveal is historic, though it would not make him the first openly gay cable news anchors. Among the networks, CNN has Anderson Cooper and Don Lemon and MSNBC has Rachel Maddow and Thomas Roberts — who also became the first openly gay person to anchor a major network nightly news program when he filled in for Lester Holt last year.

Smith also commented on the "shift" in news coverage and the types of stories that make the news since Donald Trump entered the presidential race. "Not the run-of-the mill left and right stuff that we’re all accustomed to. We’re gonna ban a religion, we’re gonna kill an opponent, or jail an opponent, women and Muslims? Those thoughts are just very foreign to me, and as a journalist, I’m just very interested in when it was that this shift happened," he said.