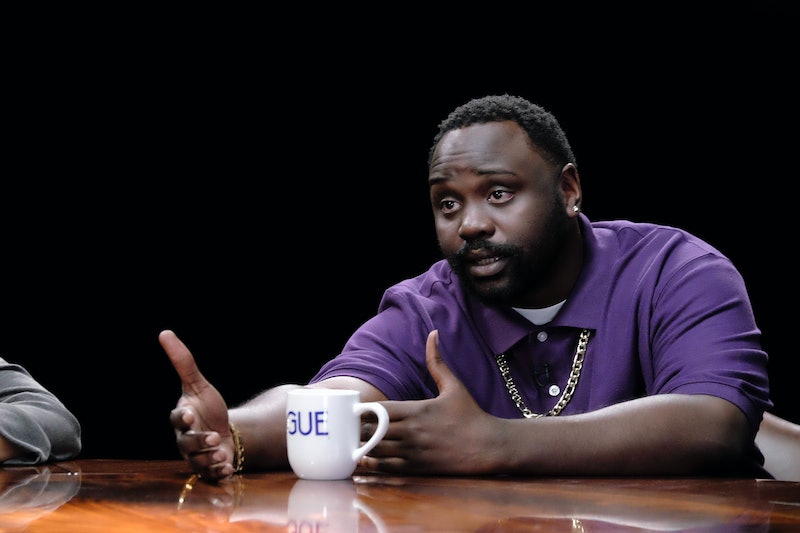 It may be quiet, but so far the first season of Atlanta is one of the best debuts this fall, demonstrating great character work and an amazing sense of setting and atmosphere. The series took a bold risk by completely changing format for an episode, to a fake show-within-a-show on "Black American Network." It even embedded a half dozen fake commercials Atlanta produced within the episode and instantly, people began discussing them online. But if you somehow missed the faux ads, you can watch them all below.

The best part of the commercials is that they're not just funny and accurate — they also comment on various issues. In that way, they feel almost indebted to the satire of Chappelle's Show, which always managed to perfectly mirror whatever cultural institution it was lampooning, whether a TV show or company, and also add some form of commentary on how these institutions were affecting people. Atlanta's "B.A.N." episode does the same, making hyper-specific cultural references and then broadening them to add in some hilarious — and in some cases, almost painfully accurate — critiques of both black culture and the way black people are treated in America.

The commercials started off with the weakest of the bunch, a car ad that revealed the smooth driver is actually struggling to hang onto his fancy car after a divorce.

If you didn't get this commercial, perhaps you are not familiar with the practice of using these cigarellos in order to smoke... something else (use context clues, friend!). Not any deep critique embedded in this one, but it's hysterical.

Even if you didn't peep all of the cultural specifics underpinning this one (like the Nation of Islam bowtie), I'm sure anyone who's watched late-night TV has come across a similar salesman trying to convince you to buy the secret to happiness.

It's true: the price is on the can, though. For so long, every can of Arizona proudly proclaimed: 99 cents. And yet, that never seems to be what's charged.

Yes, black people are well aware that drinking malt liquor has become a stereotype. And yet, who doesn't want to enjoy an alcoholic guilty pleasure every once in a while?

This commercial got the most attention of the night, and for good reason. It's a simple setup: a cereal mascot is kept from chowing down on Coconut Crunchos. This is clearly a comment on the ways minor infractions like speeding, a lack of a turn signal, or selling loose cigarettes, while technically illegal, can so quickly turn violent and even deadly for black people when the police get involved.

As much as I love watching Earn, Darius, and Paper Boi every week on Atlanta, I hope the series continues to set aside time for excellent pieces of satire like these that let the creators delve into even more aspects of black culture.