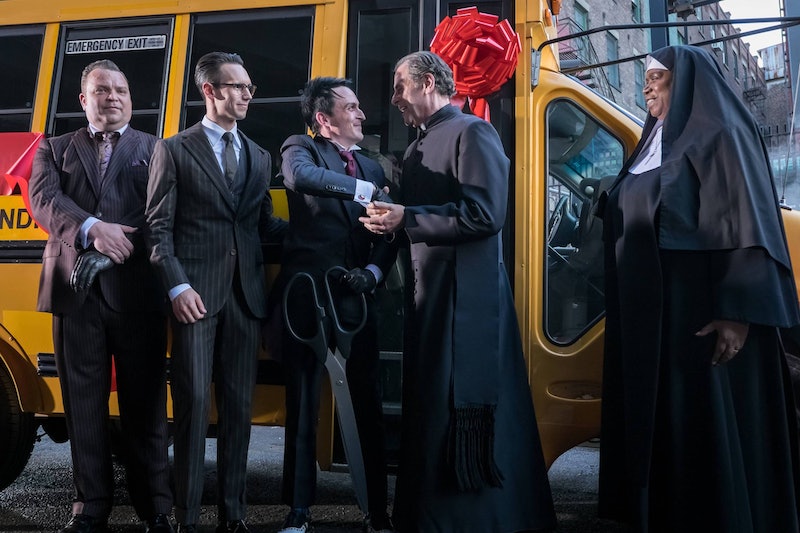 Gotham has finally reached the point where it's referencing its own mythology, so when the Red Hood Gang reappears, it brings back memories of Gotham Season 1, when every week had its own separate villain. But since the original Red Hoods were taken down, I was with Captain Barnes — how is it possible that these guys are back? When it's revealed that Butch is the one behind the Red Hood Gang, it actually makes a whole lot of sense. He's the main person behind the plot, hiring his usual gangster goons to play the Hoods and organizing a set of plans that make it seem like Penguin is responsible for a turn towards domestic terrorism in Gotham City. Throughout the episode, it's the wily chief of staff, Ed Nygma, who pieces together that Butch is the one planning on his boss' destruction

But lest you think Ed is a loyal servant, he most certainly isn't, because he's willing to let his boss' life be put into danger for the sake of proving a point and exposing that Butch is the one behind the Red Hood killings. Sure, he loads the gun with blanks, but threatening Tabitha was a rookie mistake — she's far more dangerous than Butch. So when she races off to rescue him from the cops, you know she made easy work of them and quickly whisked him away to a safe house.

However, no matter how weird Ed's plan was, you can't deny that it worked. His connection with Penguin is stronger than ever, and their connection is way more than just coworkers at this point — they even shared a hug with one another after Ed was able to take down Butch. And I might be crazy, but it also seemed a little closer than just friendship... maybe my viewpoint was skewed after seeing Bruce and Selina finally have their first kiss after two seasons of pre-adolescent flirting. Maybe Penguin and Ed are just forming a brotherly connection after going through the same awful Arkham experience and then working together on "making Gotham City safe again." However, they might not be all that safe from Butch & Tabitha after pulling this stunt.