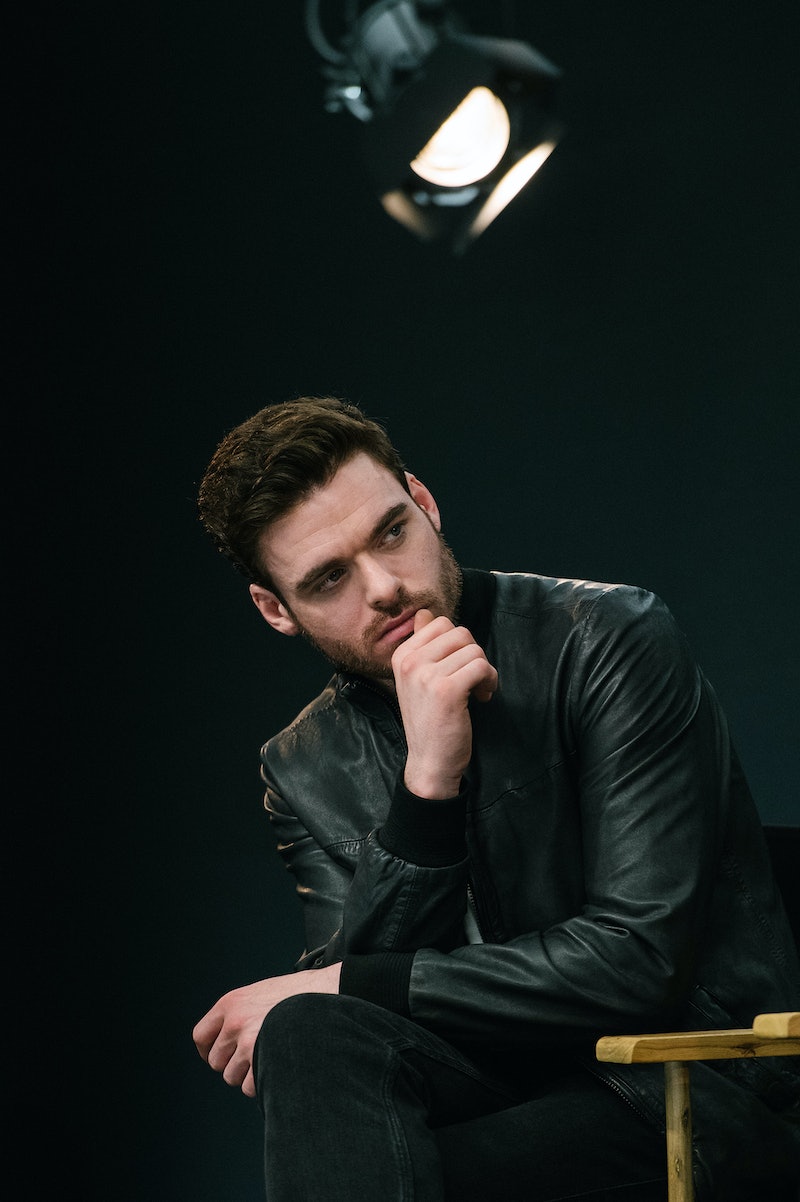 Life just hasn't been the same since Robb Stark was killed off on Game of Thrones . Ever since his untimely departure, along with his mother Catelyn, many Game of Thrones fans have been wondering whether or not either of these Stark family members could return to the show. Naturally, given their undead state, this fed into the "Lord/Lady Stoneheart" fan theory, which was canon in the Game of Thrones book series. The "Lord/Lady Stoneheart" theory basically intersects Game of Thrones with The Walking Dead, wherein either Robb or Catelyn could rise from the dead and seek revenge upon their enemies. It's kind of poetic, right? Well, it's just one of the few ways fans have been able to hold onto the biggest hope of all hopes that Richard Madden (who plays Robb) would actually return to the show because he is the definition of a chivalrous babe and we need him back in our lives.

Turns out, Madden himself has major feelings on whether or not he could be enticed back to the world of Game of Thrones any time soon. In a recent interview for his upcoming show Medici: Masters of Florence, Madden naturally had to field a question about returning to the fantasy show that's helped make him famous. When asked whether he'd heard how the original Lady Stoneheart fan theory had been reinterpreted to fit the bill for Robb and whether that could persuade him to return, Madden offered: "I suppose I wouldn’t have the phone call, because they’re very secretive about everything, unless you get some of the cast drunk and they’ll tell you what they are doing.[...] So I try to avoid it just so I can watch it and enjoy it now. I kind of forget that I was in it, and just watch it as a TV show now and remember my character as something as separate to me, which is quite odd."

Madden confirmed he hasn't gotten a call yet from the showrunners but if asked, he wouldn't be totally against playing a zombie either. I think you know what this means, folks. We all need to start crossing our fingers really hard, hope that the Game of Thrones showrunners see reason (and a way to write in a Lord Stoneheart story arc), and finally given Madden that hallowed call.