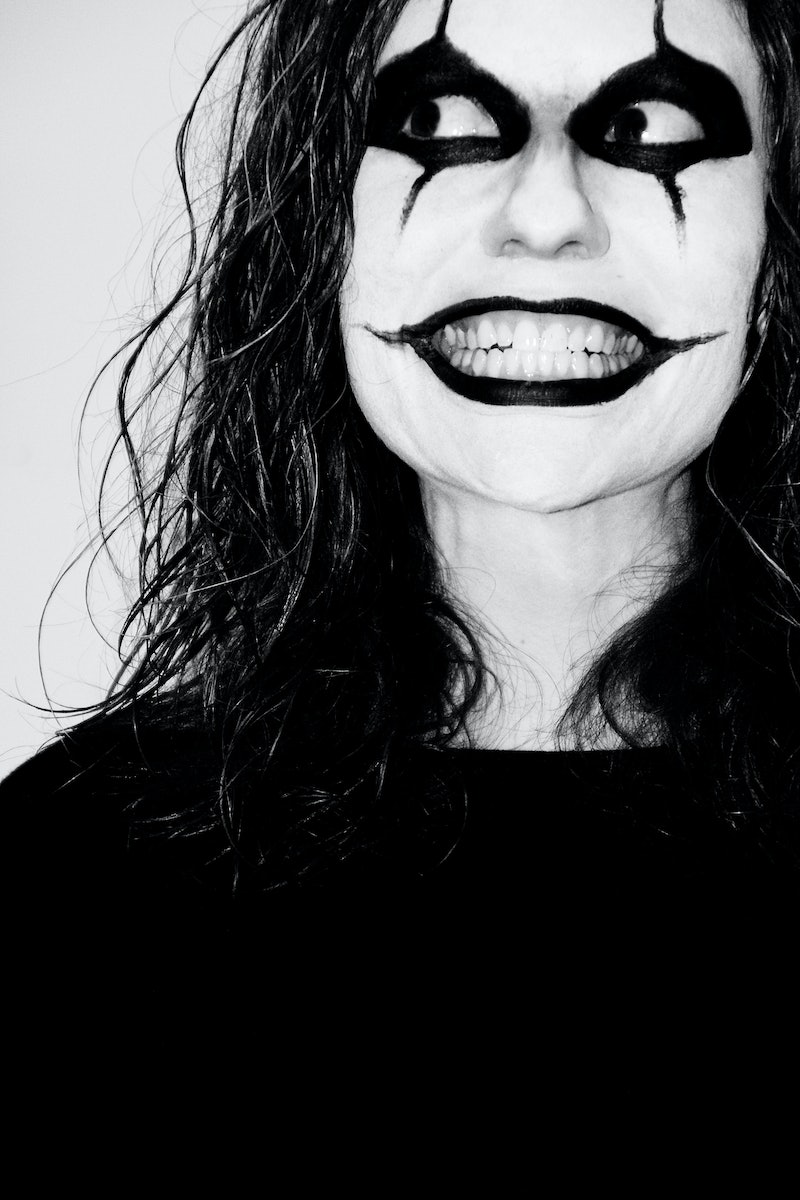 The spookiest time of the year is lurking right around the corner and it's finally time to put together that fantastically creepy Halloween costume you've been fantasizing about for so long. With so many new horror flicks popping up every year and so many classics staying strong (I'm looking at you Ghostface), there are just so many options to choose from that it can be a little overwhelming. If you're not the kind of person to throw on a white bed sheet with holes cut in it and call it quits, then you know what I mean about wanting your Halloween costume to be terrifyingly memorable.

Halloween is a time for dressing up, which can sometimes mean going all out and becoming the thing in the dark that makes everyone wish they'd brought a flashlight. From layers upon layers of costume makeup to making sure you find just the right pair of vampire fangs, creating a creepy Halloween costume is really an art for some people. Not all Halloween costumes have to be complicated to be amazing, though. Sometimes, all it takes is the right character and the attitude to match.

If you're prepared to take the next step and craft your perfectly creepy Halloween costume this year, check out the list below for some ideas that just might awaken your inner monster.

Transform yourself into the queen of the black and white screen with this undead Marilyn Monroe costume. Honor Marilyn's classic, Hollywood look by doing your makeup with a bold red lip on one side of your face, and honor this spooky holiday by covering the other half of your face with creepy, skeleton makeup (or a mask). Both sides of your face will come off as looks that kill.

Mummies are the fleshless zombies of many people's nightmares and for good reason. It may seem difficult to create a good mummy costume. It's either way too elaborate and involves way too much skill/effort, or it's so simple you might as well have just wrapped yourself in a roll of toilet paper and called it finished. Check out this mummy makeup tutorial on YouTube for a pretty easy (and super creepy) face that might even make you scream.

Whether it's a voodoo doll, a porcelain doll, a talking doll, or all of the above, dolls can just be plain creepy. Through just a little bit of thrift store shopping, you can terrify all of your friends this Halloween. Check out this voodoo doll makeup tutorial to truly complete this spooky, Halloween costume.

This beloved children's book has gone through many transformations over the years. But, from Disney's Alice to Tim Burton's Alice, none is as haunting as you'll be in this Alice in Wonderland costume this Halloween. The key to perfecting this outfit is in the accessories and having the creepiest Alice in Wonderland makeup, so don't forget that bow!

The Wicked Witch of the West has nothing on this demonic being. A slightly simpler (but way more terrifying) version of a witch, this costume depends on attitude and pulling off the perfect black dress. Get into it and add some extra-long black nails to truly make everyone cower before you. Check out this YouTube tutorial to complete the look with the perfect evil witch makeup.

Probably one of the most sinister villains of our young lives, Cruella De Vil had a style that was nothing short of iconic. From her hair to her clothes to her accessories, she pulled off the classic black and white look like no one else (even if she was a puppy hater). Demonstrate her style and her evil soul this Halloween by going all out with the props and dark makeup to transform into the most sinister Cruella De Vil there's ever been.

Books and films have shown us time and time again that fairies aren't always as sweet as Disney makes them out to be. Turn yourself into this unexpectedly threatening, magical creature with just a pair of fairy wings and some effort. Be sure to add a pair of fangs to showcase just how terrifying these mischievous, little sprites can really be.

8. Annabelle from The Conjuring

If you've seen this movie, I think you can agree that this is one of the freakiest dolls on the face of the earth. There's no need for a doll that creepy to exist, let alone two. But, if you're feeling brave and want to turn yourself into one of the scariest dolls ever, all you'll need is a dress and the ability to braid your hair. Check out this Annabelle makeup tutorial to add that extra, creepy touch.

The literal soul-sucking evil that is a dementor may seem like a simple costume idea on the outside, but the amount of potential in this costume is definitely scary. Beneath those black hoods are slashed and torn faces with mouths that tear the life from any creature unfortunate enough to cross their paths. With some imagination and the help of a dementor makeup tutorial, this costume can turn a simple, no-effort idea into the talk of the Halloween party.

Maybe Alice isn't exactly who you'd like to be for Halloween. Take your costume in another direction by painting a (literal) smile on your face and hypnotizing all those who see you with the most amazing Cheshire cat costume. Don't forget to check out this Cheshire cat makeup tutorial for some extra help. After all, it's all about the smile.

Did Samara from The Ring pop into your head right now? What about the little boy from The Grudge? If scary movies have taught us anything, it's that ghost/phantom/demon children are the epitome of terrifying. Luckily, these creepy looks are pretty easy to recreate, capturing that haunting look with only minimal effort. Feel free to go crazy with the scissors and splatter some paint on your nightgown to really make it look like you've been up to something mischievous.

12. Billy the Puppet from Saw

Slightly more popular than the other costumes on this list, Billy the puppet — also known as Jigsaw's puppet — has become a symbol of horror in the Saw series. Even if you don't quite fit on a tricycle anymore, you can still turn yourself into this super freaky puppet. Check out this quick YouTube tutorial to perfect those rosy cheeks, and get ready to play a game.

Ghosts are a must-have when it comes to Halloween costumes. It's easy to be both elegant and horrifying if you're an undead Victorian ghost seeking revenge for all the time you've lost (because that's what they want, right?). All you need to complete this outfit is the right dress and a mysterious, vaguely terrifying glare to keep people wondering just what it is you're going to do next.