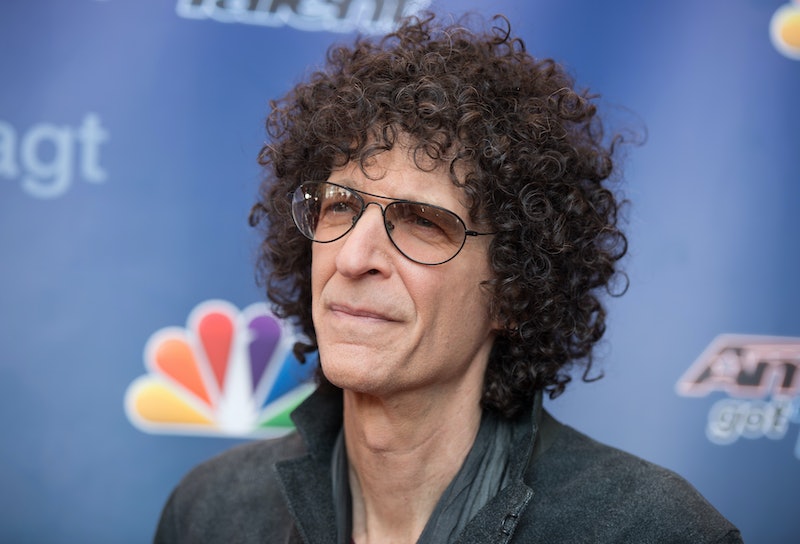 Once upon a time, an entire CNN panel was left momentarily speechless after listening to a tape of Donald Trump on Howard Stern's radio show. During the show, Stern asked if he could call Trump's daughter Ivanka "a piece of ass" and Trump, her father, agreed. But such comments weren't limited to that single instance. Trump made crude, demeaning comments about women on Stern's show over a 17-year period, CNN reported. Over the years, Stern and Trump have also had on-air discussions about threesomes, marital infidelity, the possibility of sex with pageant contestants, Ivanka's physique, and more controversial topics. Now, Stern is addressing them in front of an audience.

On Oct. 17, Stern opened his radio show with a segment in which he reacted to the news coverage surrounding his old interviews with Trump. He refused to play the tapes, saying, "I feel Donald Trump did the show in an effort to be entertaining and have fun with us and I feel like it would be a betrayal to any of our guests if I sat there and played them now where people are attacking him."

Even though he refused to replay the tapes, Stern said he was "honored" they were gaining attention and creating conversation. Still, he claimed he had turned down "500" interview requests to discuss the tapes. And despite considering himself a close friend of Trump, Stern supports Hillary Clinton for the presidency, according to Billboard.

When Trump called Stern last year when his candidacy started seeming viable, Stern said he asked Trump, "Why are you doing this? Why would a guy with billions of dollars [run for president]?... Don't you know what they're gonna do to you? Don't you know they're gonna open up everything?"

Stern also had some feelings about the phrase "locker room talk" when applied to Trump's infamous "grab them by the pussy" line. "All the times I've been around guys — and believe me, when I'm around guys 85 percent of the time you're talking about pussy — but I have never been in the room when someone has said 'grab them by the pussy,'" Stern said. "No one's ever advocated going that step where you get a little bit, 'hey I'm going to invade someone's space.'"

However, Stern made comments around the time that tape was recorded that weren't particularly politically correct themselves; at one point he asked, in reference to then teenage Lindsay Lohan, if Trump could "imagine the sex with this troubled teen?"

Yikes. Stern claimed he instigated these conversations to entertain the audience, but there are lines that shouldn't be crossed when it comes to entertainment. Sexualizing teenage girls is one of them. Stern may not want to re-air Trump's comments, but they are publicly accessible. Hopefully other media outlets won't let the GOP nominee's wildly inappropriate statements get swept under the rug.