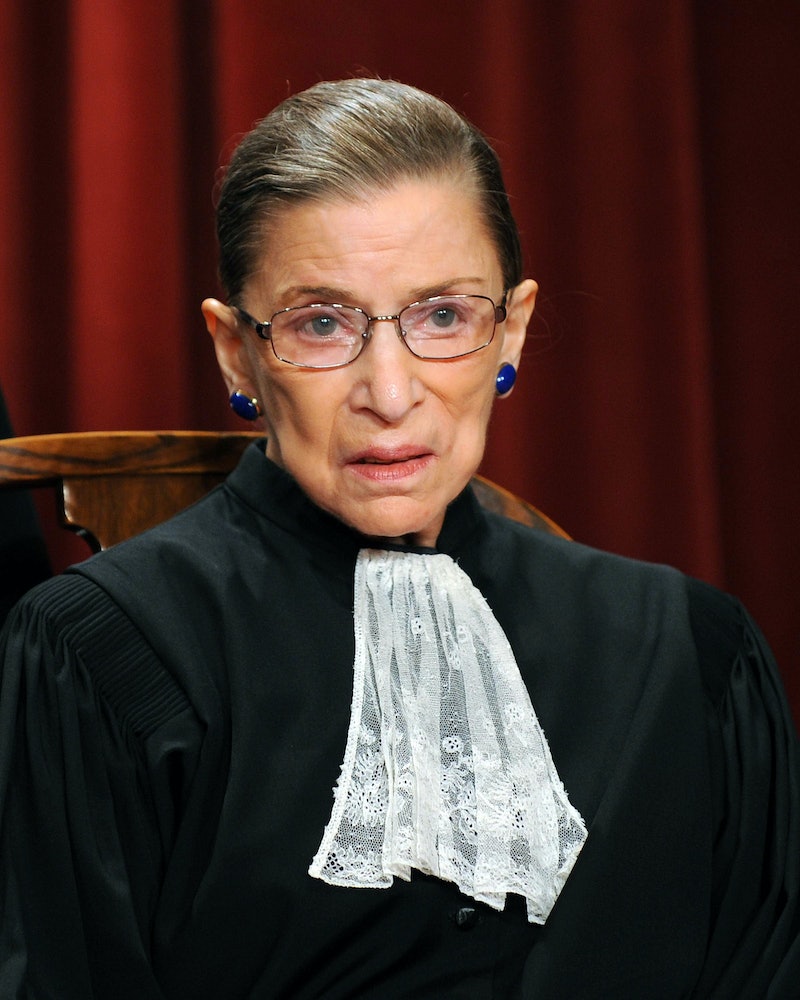 Associate Justice of the Supreme Court Ruth Bader Ginsburg earned her notorious nickname for a reason: her ferocious dissents over the past 23 years on SCOTUS prove she will fiercely and defiantly fight to the death for equal rights under the law. Her words inspired the creation of the Tumblr account, Notorious R.B.G., and eventually, a book of the same name, co-authored by Shana Knizhnik and Irin Carmon. Now, the Notorious R.B.G. is ready to share her story in her own words. Her witty, searing memoir, My Own Words, contains a number of essays, personal recollections, Supreme Court dissents and opinions, and speeches about America's legal system, her fellow Justices, pop culture, and more. But most notably, Ginsburg delves into a topic near and dear to her heart: women's rights.

The first half of the memoir focuses on Ginsburg's life before she was appointed to the Supreme Court. The book opens in 1946, when Ginsburg, then a high schooler, wrote a newspaper editorial asking her fellow students to support the United Nations. The remainder of the book details how that passion for activism and politics blossomed and transformed into a groundbreaking career that eventually led her to the Supreme Court of the United States.

Ruth Bader Ginsburg spoke about her inspiration for the novel, and Bustle has the recording. Listen below, and be sure to pick up My Own Words, out now from Simon & Schuster:

She says: "My Own Words, I hope will convey, what the world was like not so very long ago when so many doors were closed to women, simply because they were women."

Thanks to Ruth Bader Ginsburg, many of those doors have now been opened.

My Own Words by Ruth Bader Ginsburg (Audiobook, read by Linda Lavin), $29.66, Amazon