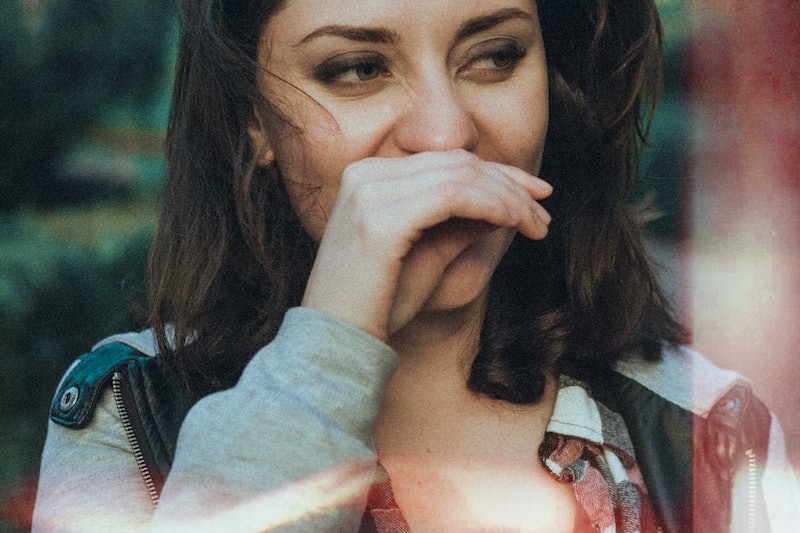 My grossest habit is probably (secretly) shared with several, other million people around the world so I'm 'fessing up: I like to sniff my own farts. It's actually something we should all be doing to keep track of our diet, in my opinion, which means that we also have to consider what makes farts smell in the first place. New research suggests that those with a healthier diet will experience sweeter smelling farts — meaning that if you're someone who emits a particularly poisonous pong, you can do something about if you want to.

Here's what we already know: The really bad, rotten egg-smelling farts that might have you deserting a room of people in shame and blaming it on your gassy, 12-year-old cat are caused by traces of hydrogen sulphide, which are borne from your gut bacteria when you eat a lot of protein. Normally, farts are mostly composed of odorless gases: oxygen and nitrogen from the air we take in, and hydrogen, methane and carbon dioxide when bacteria in the large intestine ferments the carbs we eat.

That's where the new research comes in. After realizing that hydrogen sulphide gas can also increase the risk of bowel cancer, researchers from Monash University in Melbourne, Australia led an investigation into how different foods affect the amount of hydrogen sulphide produced in the gut. They presented their results last week at the Gastroenterological Society of Australia's annual meeting in Adelaide.

The study examined the feces from seven healthy people. The team found that when they added something cysteine to the mix — a sulphur-heavy compenent found in meat, dairy, protein, and (surprise!) eggs — the hydrogen sulphide emissions from gut bacteria increased by more than seven times. But when the team combined the feces with four slowly-absorbed carbs, hydrogen sulphide production reduced, thereby resulting in less smell.

So which carbs should we be eating for a better digestive system and therefore, more sweetly-smelling (or at least, less stinky) farts? The study discovered that carbs containing resistant starch, which is found in legumes, cereals potatoes and bananas, and fructans, which are found in wheat, artichokes and asparagus, both reduced hydrogen sulphide production by about 75 percent. Foods containing resistant starch and fructans are highly fermentable, which means they're broken down before protein is. As Chu Yao, who led the research team, put it, “The focus is taken away from the protein, so hydrogen sulphide is not produced."

For the curious, other foods that are high in fructans include artichokes, garlic, grapefruit, onions and zucchini. Additionally, green bananas, grains and seeds are all starch-resistant foods that could also help you produce less toxic farts.

Previously, a low-fiber diet was thought to reduce hydrogen, methane, and carbon dioxide production in the body; now, though, it's thought this may actually increase hydrogen sulphide emissions — which of course, is the gas you really want to avoid emitting in polite company. So, hey, maybe pick up some bananas the next time you're at the store. Who knew our grocery lists could accomplish so much?