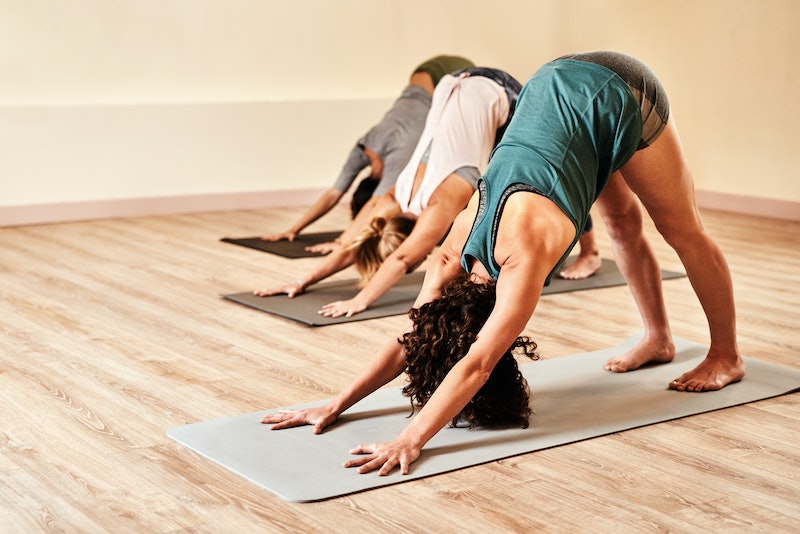 They are your most constant companions in this life, loyally following you from yoga class, to a crowded elevator, to an important business meeting with your boss, to an important naked meeting with your partner — but how much do you actually know about your own farts? While they are among the most loathed of bodily functions, farts — sometimes even the ones that smell like rotten eggs — are actually a sign that your digestive system is working properly, and they can give you a lot of information about your health. Information that will make you unpopular at parties, yes, but important information, nonetheless.

So what are farts, even? They're a mix of swallowed air (that'd be all the air that passes through your mouth — whether it is via chewing gum, drinking carbonated beverages like beer or soda, eating very quickly, and/or having breathless, gasping conversations about how boring this season of American Horror Story was) and gas produced by the bacteria in your lower intestine.

The bacteria in your intestines create gases as they they break down sugars and starches that your body can't easily digest — which includes beans, most vegetables, and whole grain breads, and all the other super-healthy foods that make trips to the vegan restaurant so odorific. The bacteria breakdown process produces up to 1.8 liters of gas a day, according to the Canadian Society of Intestinal Research, and after it builds up, it needs to come out somewhere. That somewhere is your butthole, where this mix of swallowed air and intestinal gas makes its break for the general populace, often up to 18 times a day.

"Frequency [of flatulence] can be connected to the amount or type of food you have consumed recently," says Dr. Niket Sonpal, an internist, gastroenterologist, and adjunct professor at Touro College. "The smell of your flatulence is determined by what you eat and the way the bacteria in our gut processes the food we consume."

Regular farting is a sign that you're consuming enough fiber, and have a healthy collection of bacteria in your intestines. But what do the subtle variations in the smells and frequency of your farts — the "flavor notes," if you will — mean? Read on to find out. If nothing else, I can guarantee that by the end of this post, you'll be wondering about how often Gwyneth Paltrow farts (because the answer has to be "a lot. Like, A LOT").

Most of the gas that we expel is actually free of any scent — which is why you may currently be indignantly thinking, "Maybe you fart two cups of gas a day, you ass-mare of a woman, but I DEFINITELY do not." Most of the gas expelled by our intestines is carbon dioxide, or other gases with no scent. So, a hearty amount of smell-free farts is healthy and normal... in fact, they are so normal, they may not even register for you. So stop being so self-righteous! You're just as farty as the rest of us, buddy.

About 1% of the gas produced by our intestines is not scent-free, as I am sure you have noticed, the Canadian Society of Intestinal Research says. That scent is generally hydrogen sulfide, a gas that is created when your body breaks down foods with sulfur in them. What foods have sulfur in them? Pretty much anything with a rep as a gas-inducing food —like broccoli, cauliflower, dairy, beans, and other nommables that make no one want to sit next to you at the movies. Red meat, which contains a compound called thiols, can also lead to you emitting a pointed stank later on. "Things like sulfur found in milk, red meat, and other foods can cause the smell of rotting eggs," Dr. Sonpal says.

Supposedly, we're very bad judges of how bad our own farts smell — like the weird clicking noise our jaw makes or our compulsion to eat a whole jar of olives in one sitting, our unique fart bouquets are personal quirks that we've gotten used to over the course of our lives. But sometimes, even we can tell that the fumes from down below are worse than usual. Those especially sulfuric farts — the ones that lead to teary eyes, pointed fingers, broken friendships, and shouts about "rotten eggs" — are often the product of heavy consumption of hydrogen sulfide-producing foods, like beans and broccoli, or generally maintaining a very high fiber diet.

But really atrocious farts aren't always a just sign that you're eating healthily — they can also be a sign that you have lactose intolerance. Even if consuming dairy products doesn't make you feel ill, breaking into a stanky fart symphony immediately after consuming dairy means that your body is having a hard time breaking down the lactose. Less commonly, frequent, and extremely smelly farts can be a sign of a chronic problem, like irritable bowel syndrome or celiac disease, or an infection like gastroenteritis.

The sound that your fart makes when it comes out has nothing to do with its content — it's simply about the position of your sphincter when the gas is pushed out. "In terms of noise, it has to do with the position of the body and rectum when flatulence is released though there hasn’t been extensive research on the causes and methods for increasing or decreasing the noise levels of your flatulence," Dr. Sonpal says. That goes for silent farts, loud farts, brief farts, drawn-out farts, or a rapid-fire series of farts. There's no secret information to be gleaned from the length or tune of your toots — except that you probably recent consumed some form of musical fruit.

The average person farts between 10 and 20 times a day, Dr. Lisa Ashe, Medical Director at BeWell Medicine, told Bustle for a previous article. There's wiggle room on either side of that figure that can still be considered "normal," but if you find yourself farting more than that, you may be engaging in some behavior or eating a food that is pumping more air into your guts. None of it is particularly hazardous to your health, and almost all of it can be easily changed: you could be drinking a lot of coffee (which relaxes the sphincter, letting farts slip out more often), eating tons of carbs and other foods that are difficult for your intestines to break down, consuming a vegetarian diet, or even just eating your food really quickly (which can lead to swallowing lots of air). In rare cases, frequent farting can signal an illness called small intestinal bacterial overgrowth (SIBO), which means that the small intestine is home too too many bacteria, which can cause excess gas and bloating.

If you're concerned about how much you're farting, or how it smells, or have any other questions about your health, it's worth checking in with your doctor even just to assure your peace of mind. "Consult your doctor about it if you have an accompanying symptom or feel uncomfortable with the frequency with which you pass gas," Dr. Sonpal says. "You may need to reexamine your diet or probiotic intake. But this is something your doctor should assess with you."

But most of the time, frequent farting is nothing to worry about from a health perspective. From a "not alienating everyone else in my open-plan office" perspective, well, we'll have to have a separate discussion about that one later.

This article was originally published on Jan. 27, 2015